There is a radical difference between the Christian expectation of the resurrection of the dead and the Greek belief in the immortality of the soul.... Although Christianity later established a link between these two beliefs, and today the average Christian confuses them completely, I see no reason to hide what I and the majority of scholars consider to be the truth.... The life and thought of the New Testament are entirely dominated by faith in the resurrection.... The whole man, who is really dead, is brought back to life by a new creative act of God.

In the book Immortality of the Soul or Resurrection of the Dead? 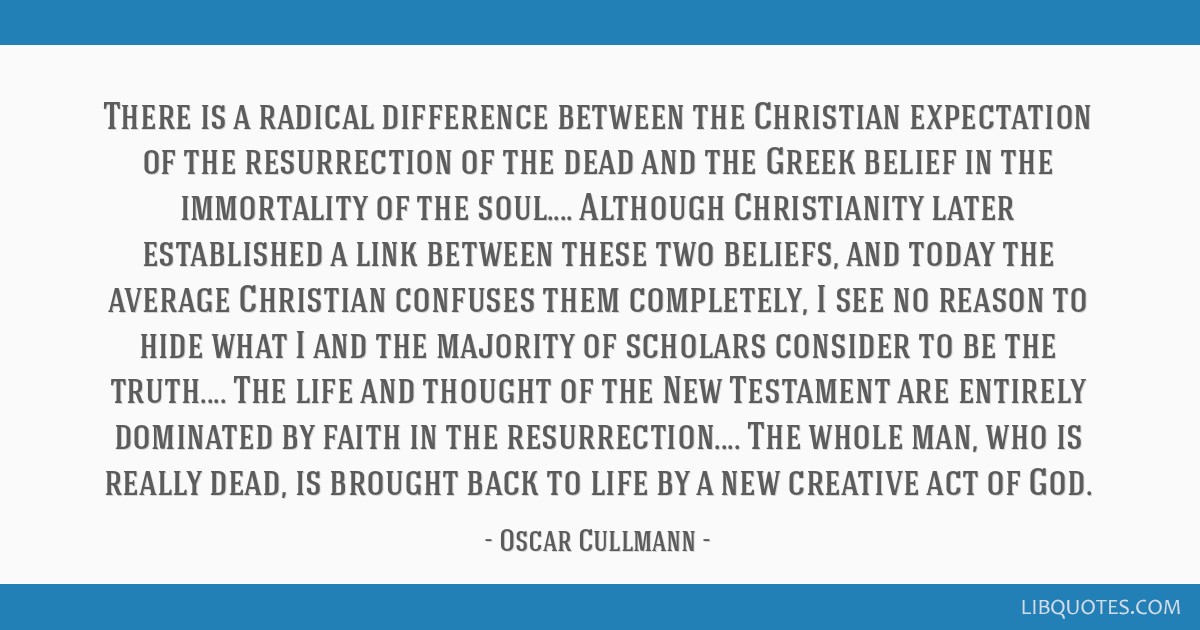 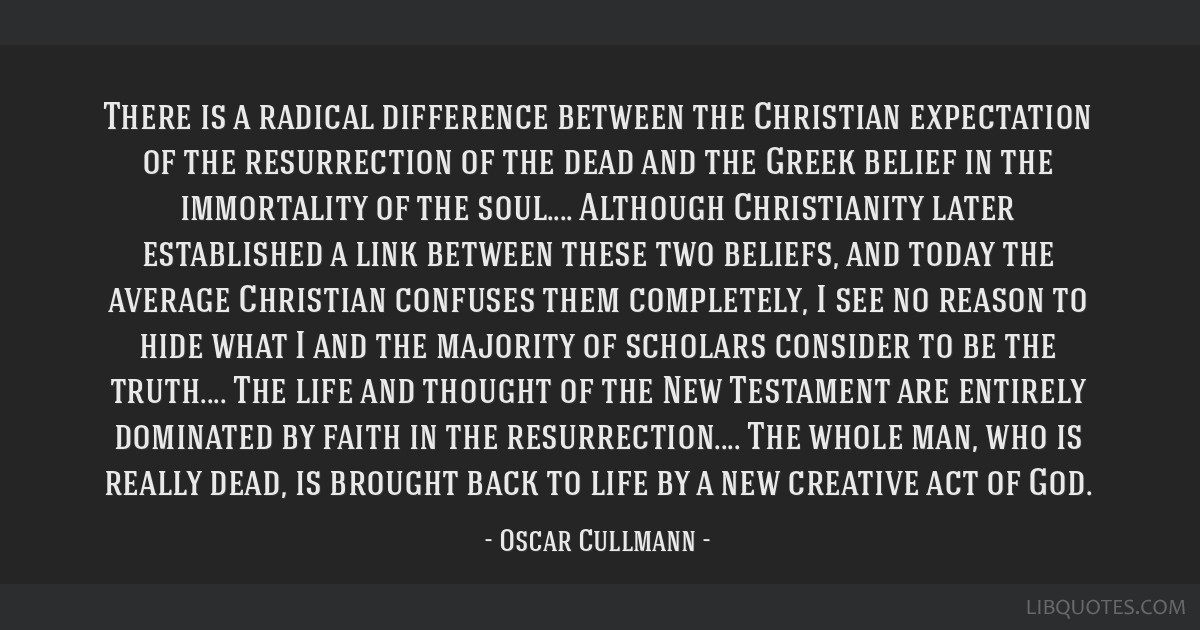 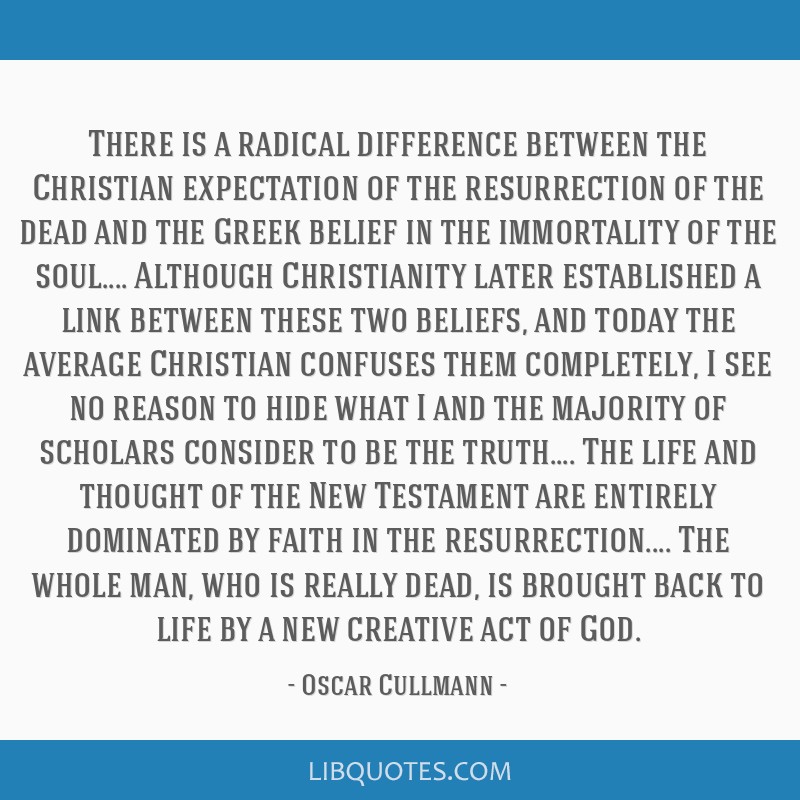 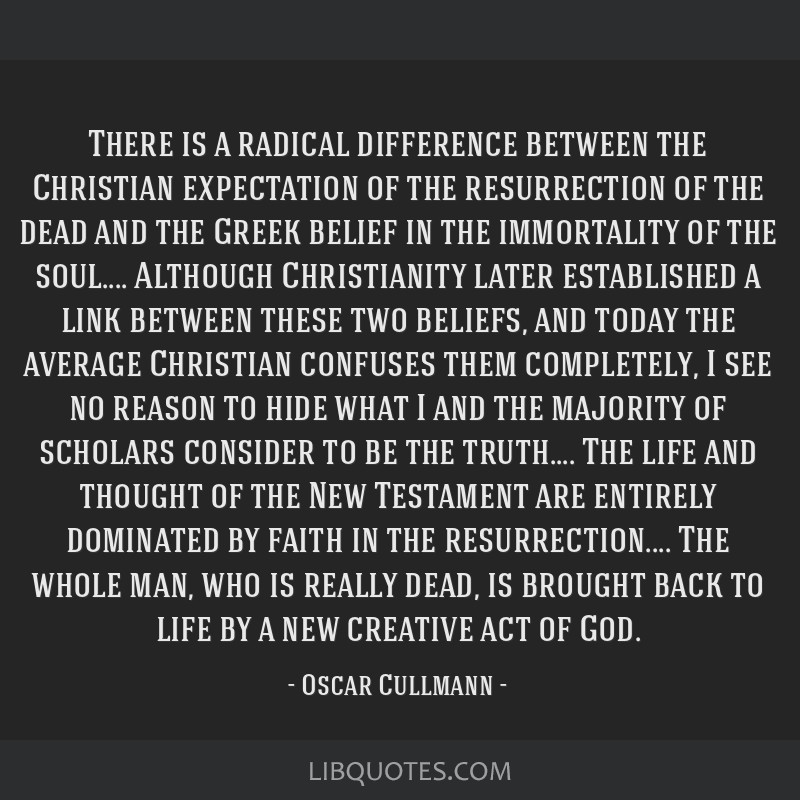