The U.S. knows that I have attacked it, by the grace of God, for more than 10 years now. The U.S. alleges that I am fully responsible for the killing of its soldiers in Somalia. God knows that we have been pleased at the killing of American soldiers. This was achieved by the grace of God and the efforts of the mujahedin from among the Somali brothers and other Arab mujahedin who had been in Afghanistan before that. America has been trying ever since to tighten its economic blockade against us and to arrest me. It has failed. This blockade does not hurt us much. We expect to be rewarded by God.

In response to the interviewer stating: 'The U.S. is trying to stop the flow of funds to your organization. Has it been able to do so?' - Time magazine interview (1998) 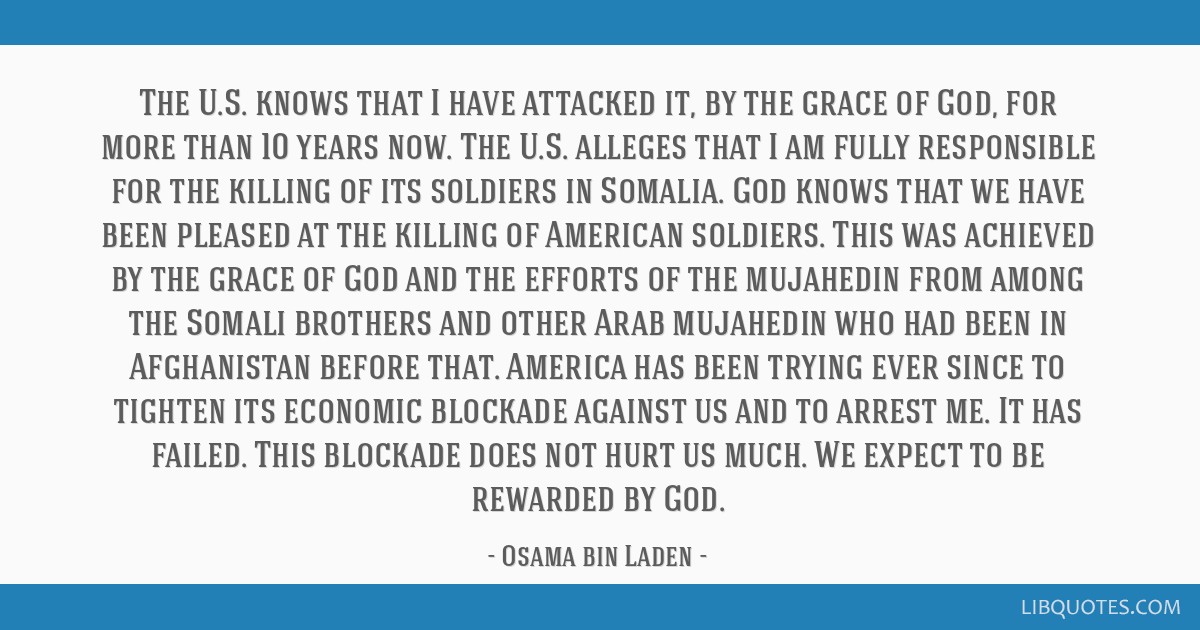 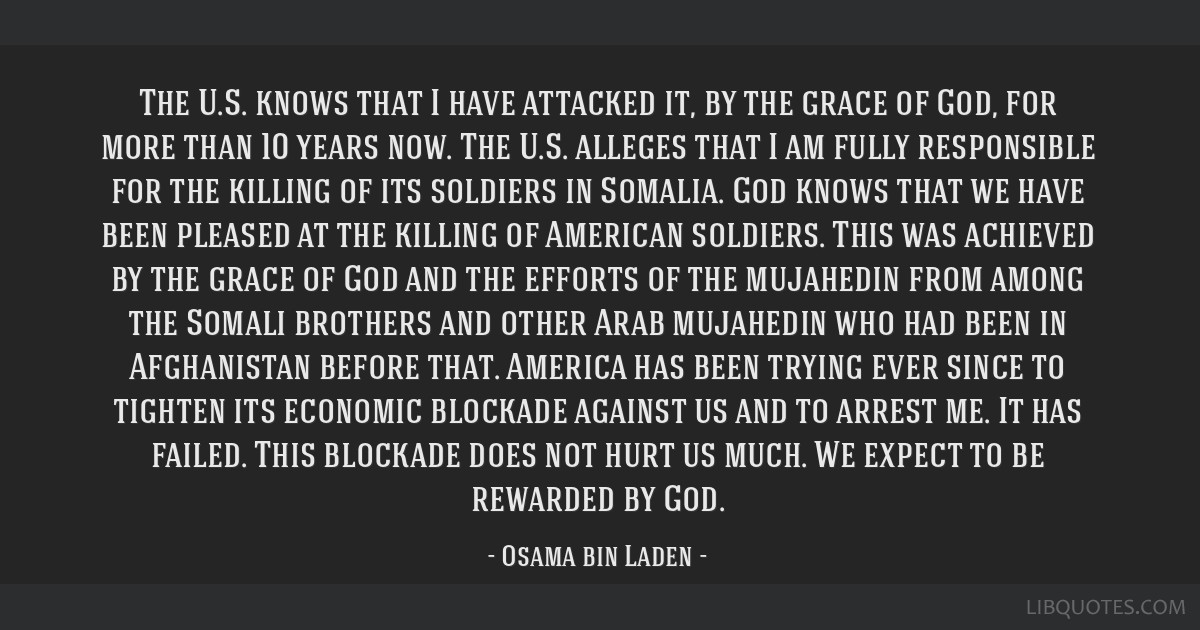 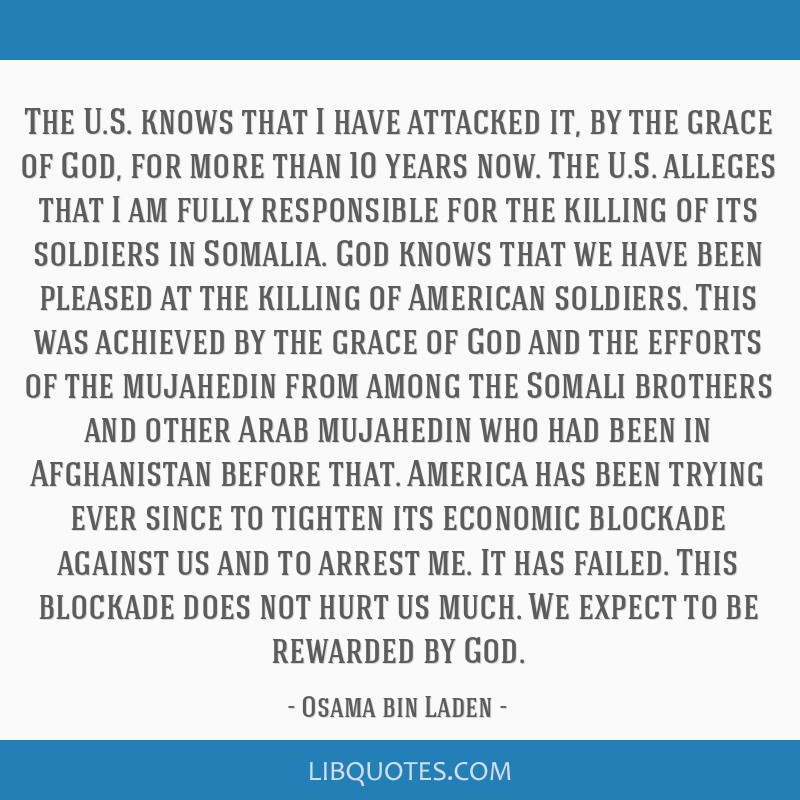 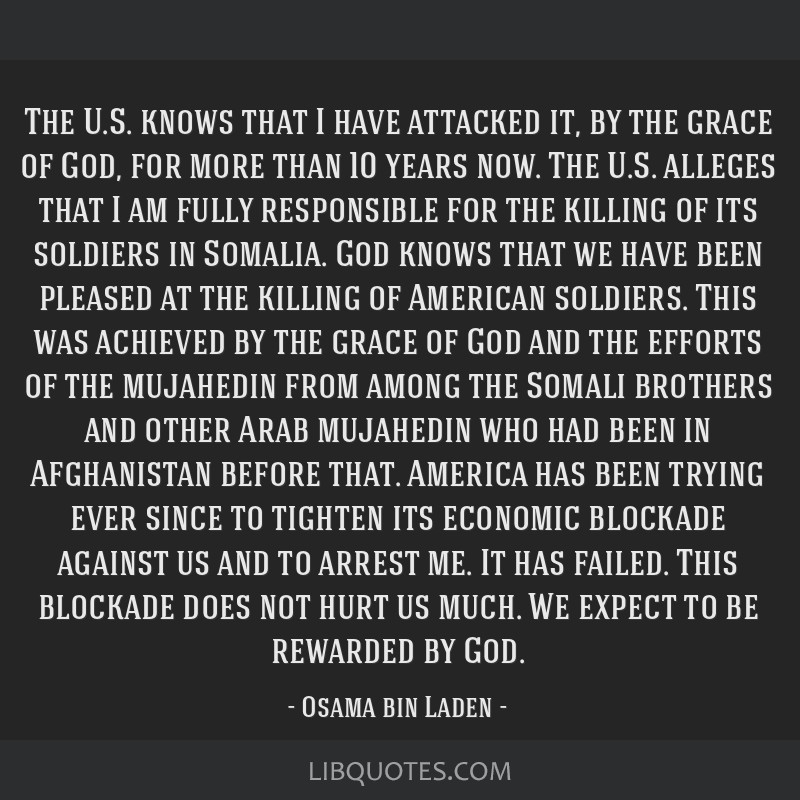 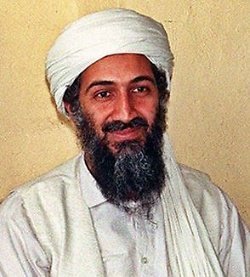