The only thing my mother would say about my music—I'd say, "Mom, listen to this," and she'd say, "Junior, I know who you are."

Ornette Coleman
Many people apparently don't trust their reactions to art or to music unless there is a verbal explanation for it. In music the only thing that matters is whether you feel it or not.

Ornette Coleman
I wasn't so interested in being paid. I wanted to be heard. That's why I'm broke.

Ornette Coleman
Jazz is the only music in which the same note can be played night after night but differently each time. 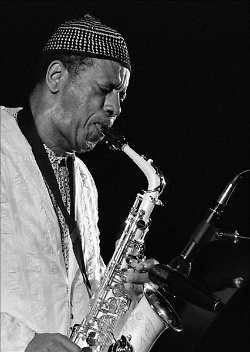 Creative Commons
Born: March 9, 1930
Died: June 11, 2015 (aged 85)
Bio: Randolph Denard Ornette Coleman was an American jazz saxophonist, violinist, trumpeter and composer. He was one of the major innovators of the free jazz movement of the 1960s, a term he invented with the name of an album.
Known for: