I am a Muslim and I am an Indian, and I see no distinction between the two. I don't know why should I fear the nuclear deal. It is a deal between two countries which, I hope, will become two equals in the future. The enemies of Indian Muslims are not America or deals like these. The enemies are the same as the enemies of all those who are poor—poverty, hunger, lack of development and the absence of a voice. 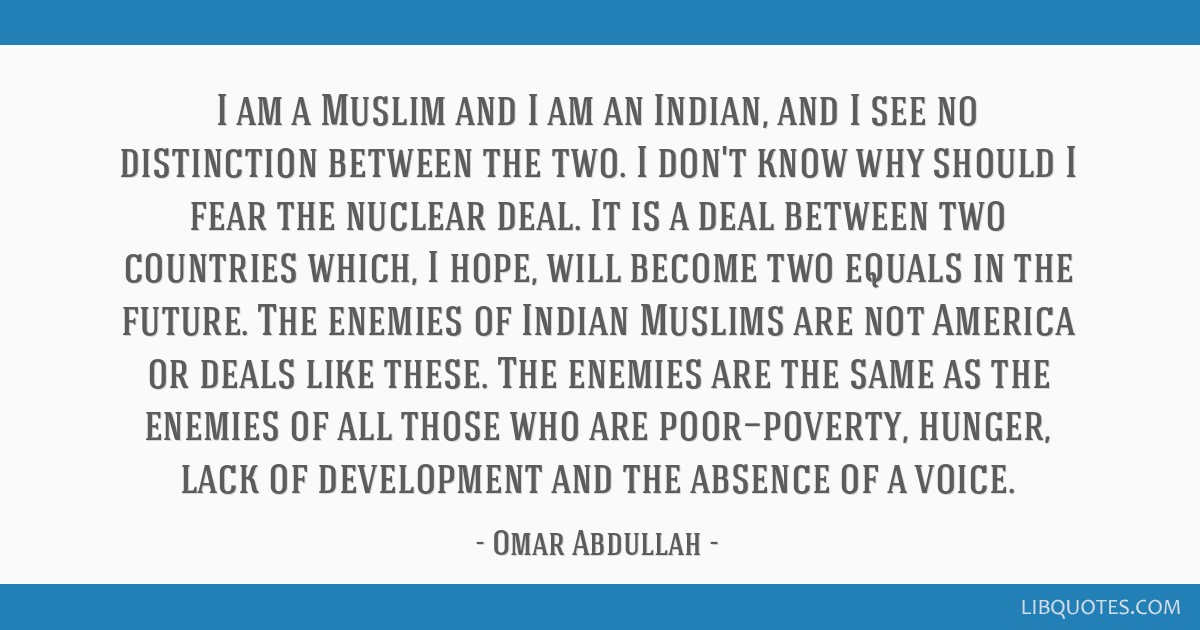 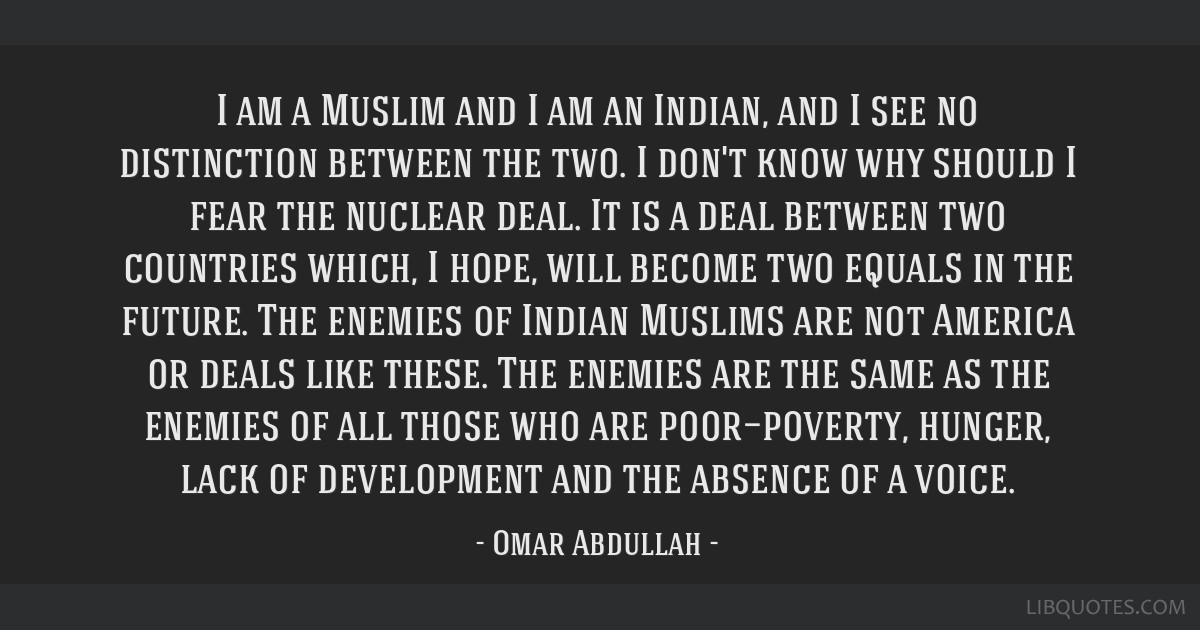 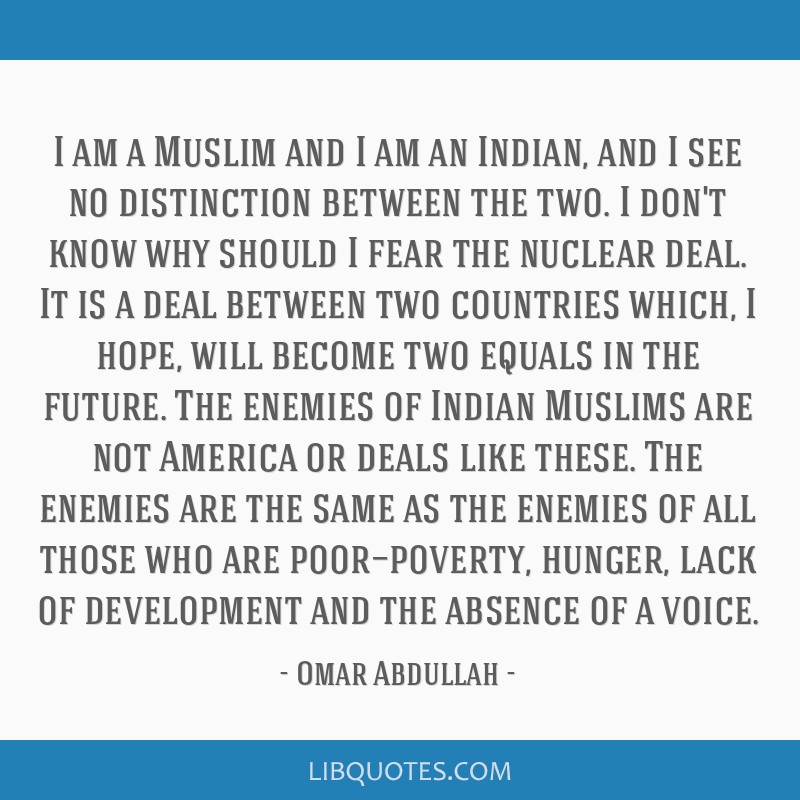 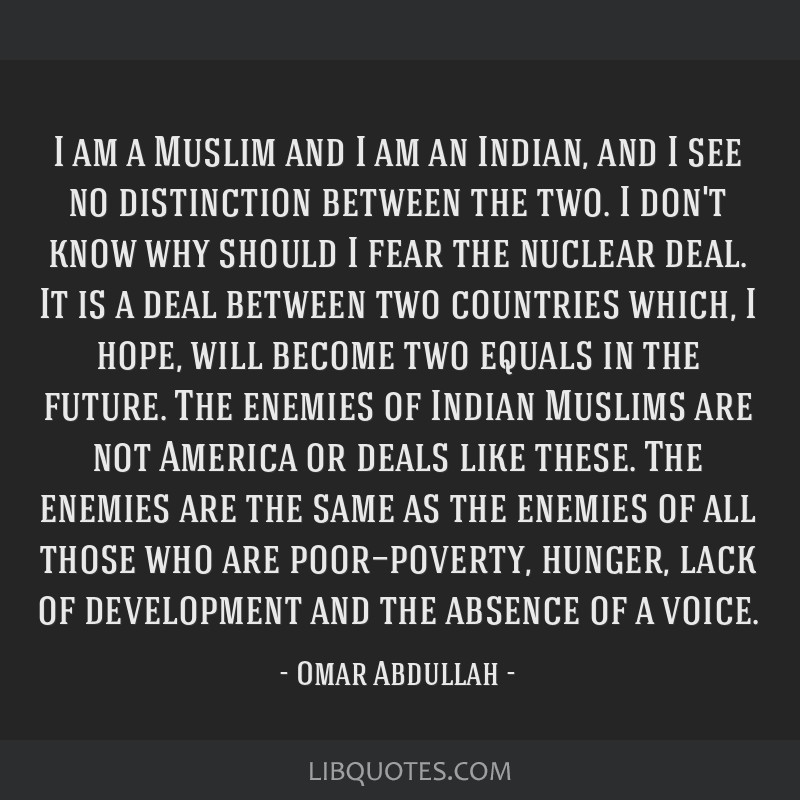 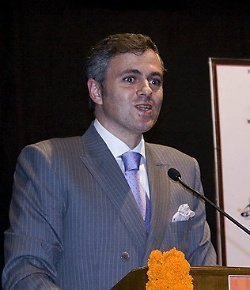