I confess that I do not understand the principle on which the power to fix a minimum for the wages of women can be denied by those who admit the power to fix a maximum for their hours of work. I fully assent to the proposition that here as elsewhere the distinctions of the law are distinctions of degree, but I perceive no difference in the kind or degree of interference with liberty, the only matter with which we have any concern, between the one case and the other. The bargain is equally affected whichever half you regulate…. It will need more than the Nineteenth Amendment to convince me that there are no differences between men and women, or that legislation cannot take those differences into account. 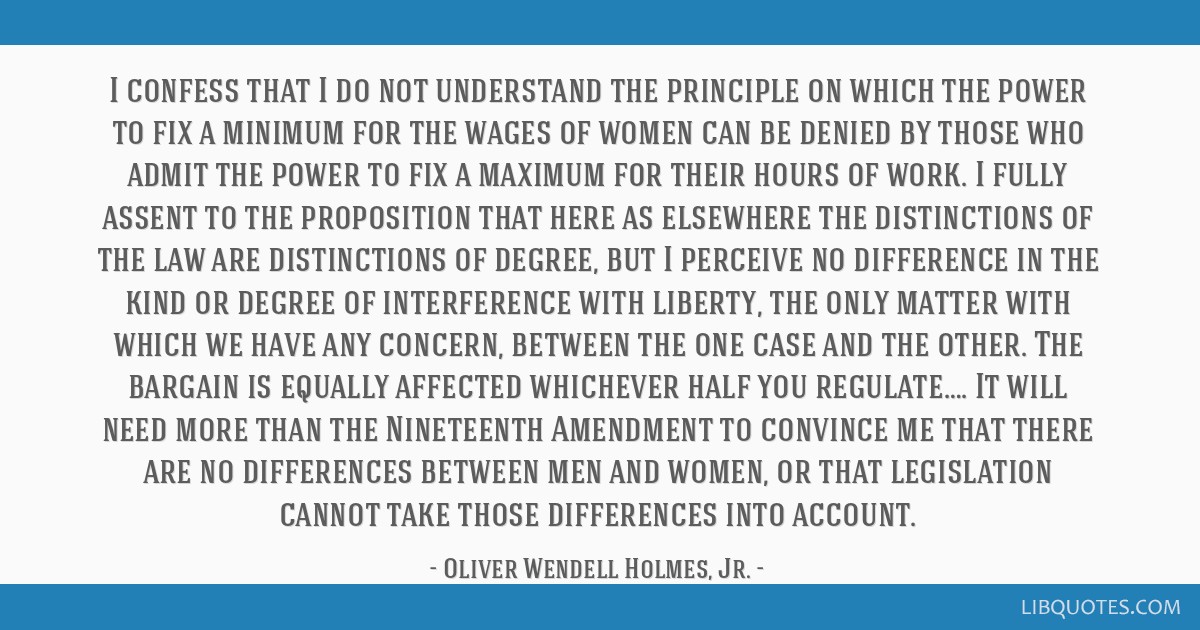 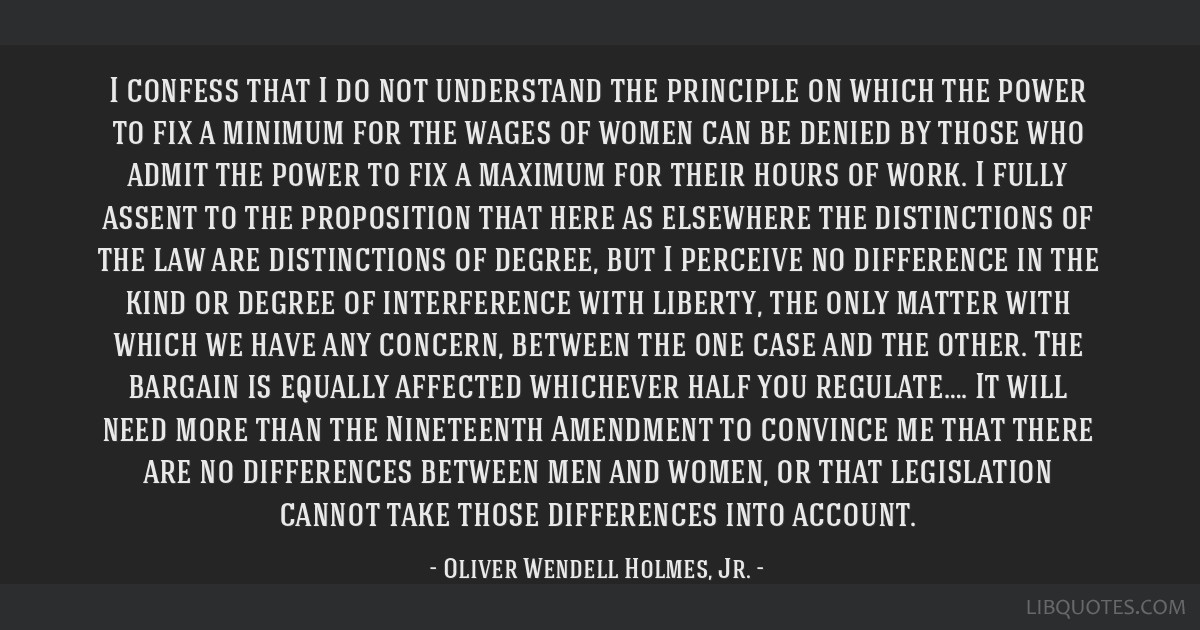 No religious position is loyally served by refusing to consider annoying theories which may well turn out to be facts.
Norman Lamm