The secret of a good life is to have the right loyalties and hold them in the right scale of values.

Norman Thomas
All our rulers have said that war is unthinkable, and then we think about it almost all the time. We've got to make it unthinkable.

Norman Thomas
To us Americans much has been given; of us much is required. With all our faults and mistakes, it is our strength in support of the freedom our forefathers loved which has saved mankind from subjection to totalitarian power.

Norman Thomas
There are some plain common-sense considerations applicable to all these attempts at world planning. They can be briefly stated: 1. To talk of blueprints for the future or building a world order is, if properly understood, suggestive, but it is also dangerous. Societies grow far more truly than they are built. A constitution for a new world order is never like a blueprint for a skyscraper.

Norman Thomas
I'd rather see America save her soul than her face.

Norman Thomas
The problem that confronts some of you younger ones – you've got to find an alternative to war. War is something men have hated but yet cherished. Out of wars have come profit of various sorts, power, glory. Sometimes out of them has become a defense of freedom. But you will not get that out of the kind of war we fight now with the weapons that our great scientists have given us. We have got to find a substitute for war, and the substitute isn't surrender.

Norman Thomas
Peace will never be entirely secure until men everywhere have learned to conquer poverty without sacrificing liberty or security.

Norman Thomas
You will keep America out of the hands of communists by what you do here, you will keep it by making it seem unnecessary to the disadvantaged. It has been the New Deal, it has been democratic socialism which has been a major force from keeping the world from communism.

Norman Thomas
Rebellion per se is not a virtue. If it were, we would have some heroes on very low levels.

Norman Thomas
After I asked him [a student] what he meant, he replied that freedom consisted of the unimpeded right to get rich, to use his ability, no matter what the cost to others, to win advancement. No decent society can tolerate that definition.

Norman Thomas
For I can assure you that in any war, even if it does not become a world war, I do not think there will be a victor who can do much. There may be one less badly off than the other. One side or the other may have sued first for peace. The destruction will be so great, the moral erosion of the experience will be so great, that it is idle to think you'll find liberty, walking serenely among the corpses of the dead and the agonies of the dying. There are other things to do than that if we want democracy and freedom to live; there have to be other things to do than that. 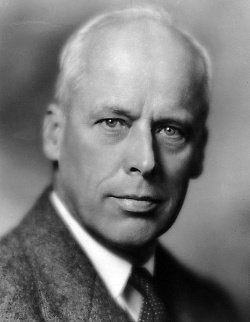