Had the United States and the United Kingdom gone on alone to capture Baghdad, under the provisions of the Geneva and Hague conventions we would have been considered occupying powers and therefore would have been responsible for all the costs of maintaining or restoring government, education and other services for the people of Iraq. 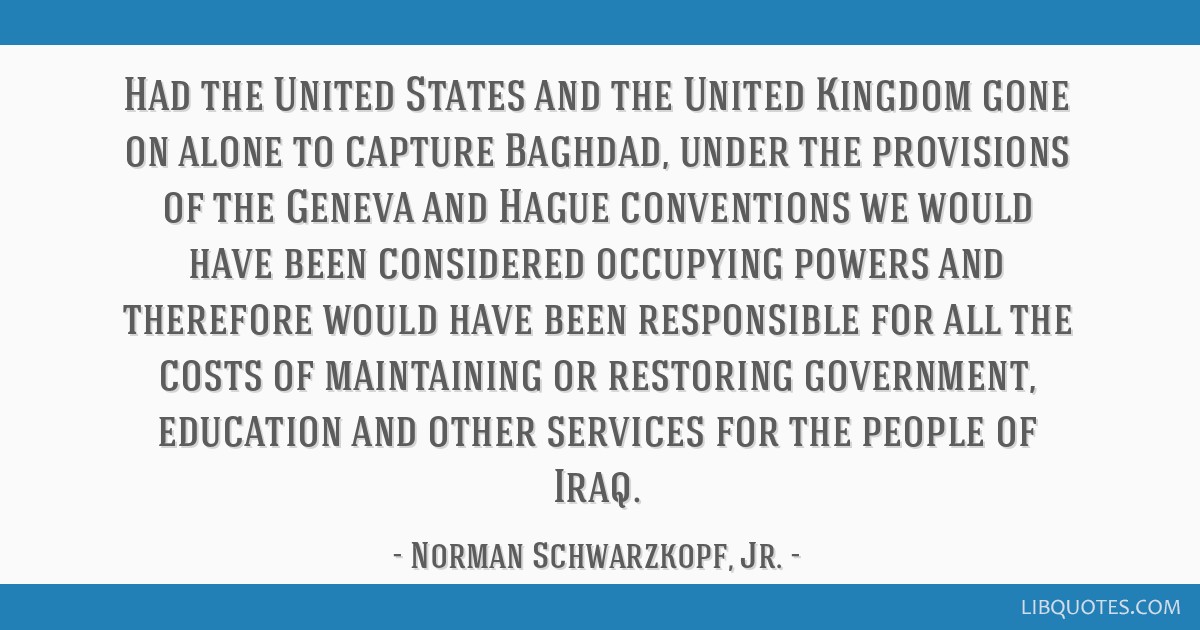 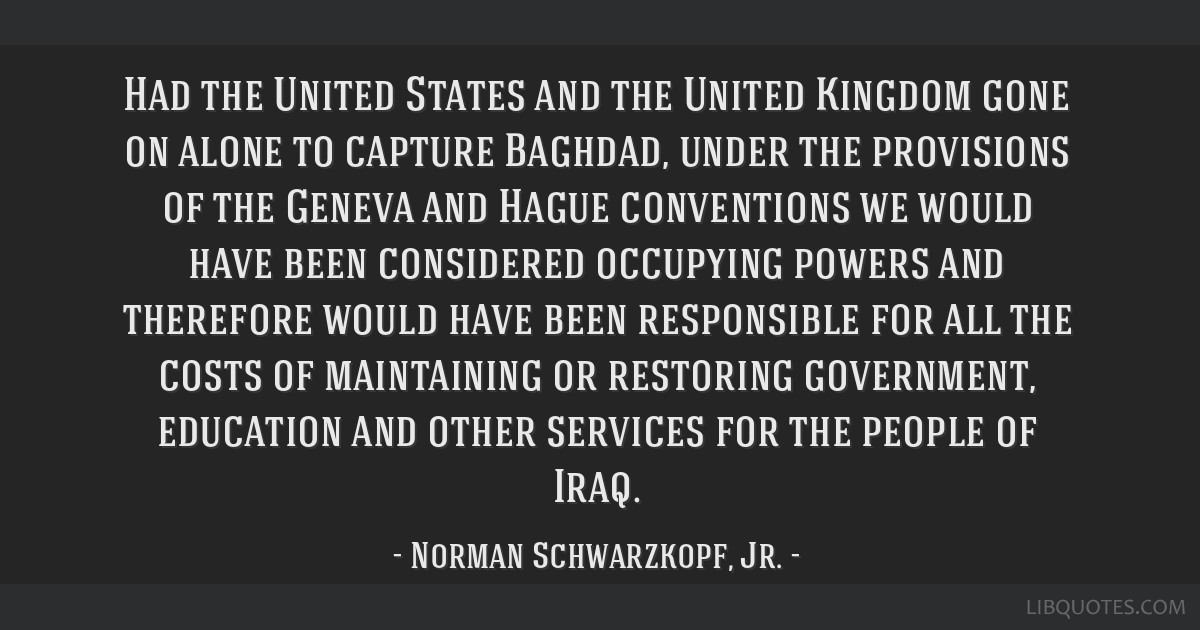 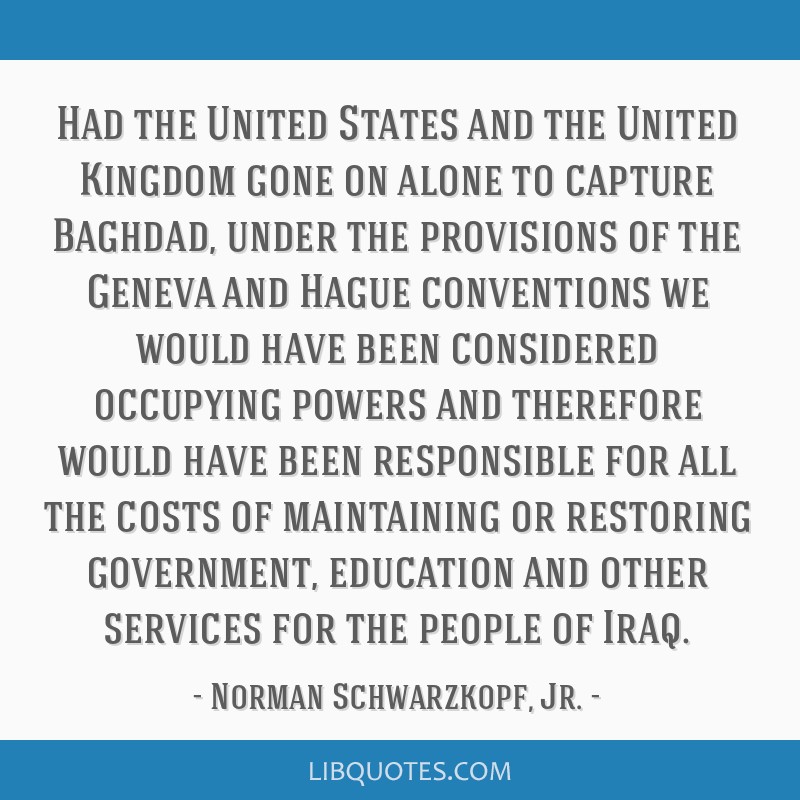 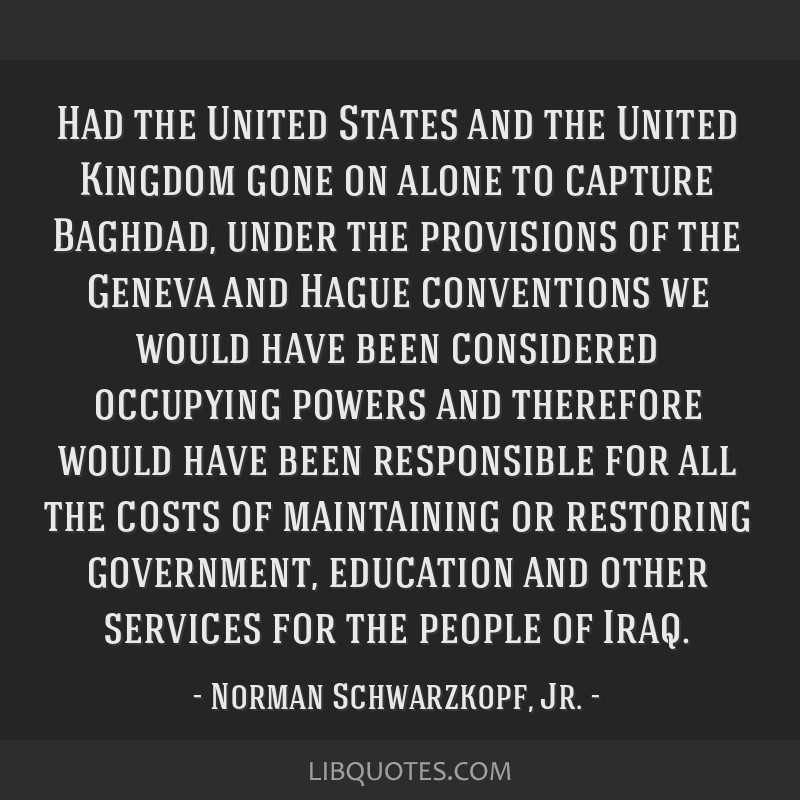