Islam is to be envisaged as dialectical evolution, or evolutionary mutation, in the prophetic tradition, in response to the limitations built into the structure of orthodox Christianity by its historic compromise with Roman imperialism; by its commitment to scriptural canon, creedal orthodoxy and episcopal hierarchy; and by its consequent scandalous history of schism and persecution (duly noted in the Koran). 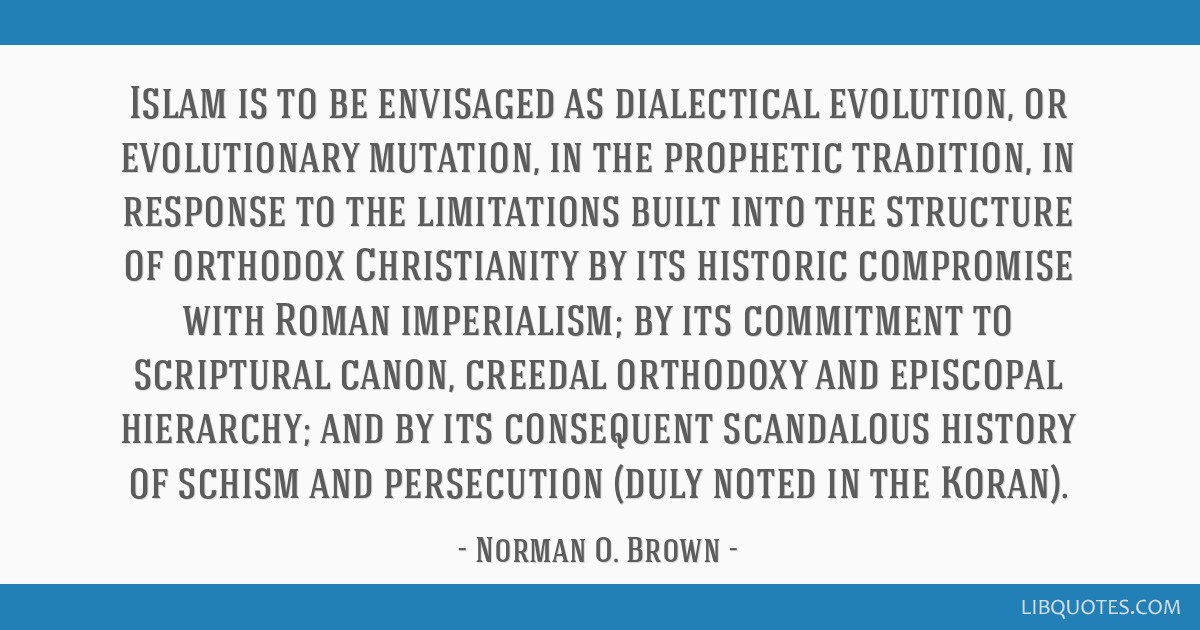 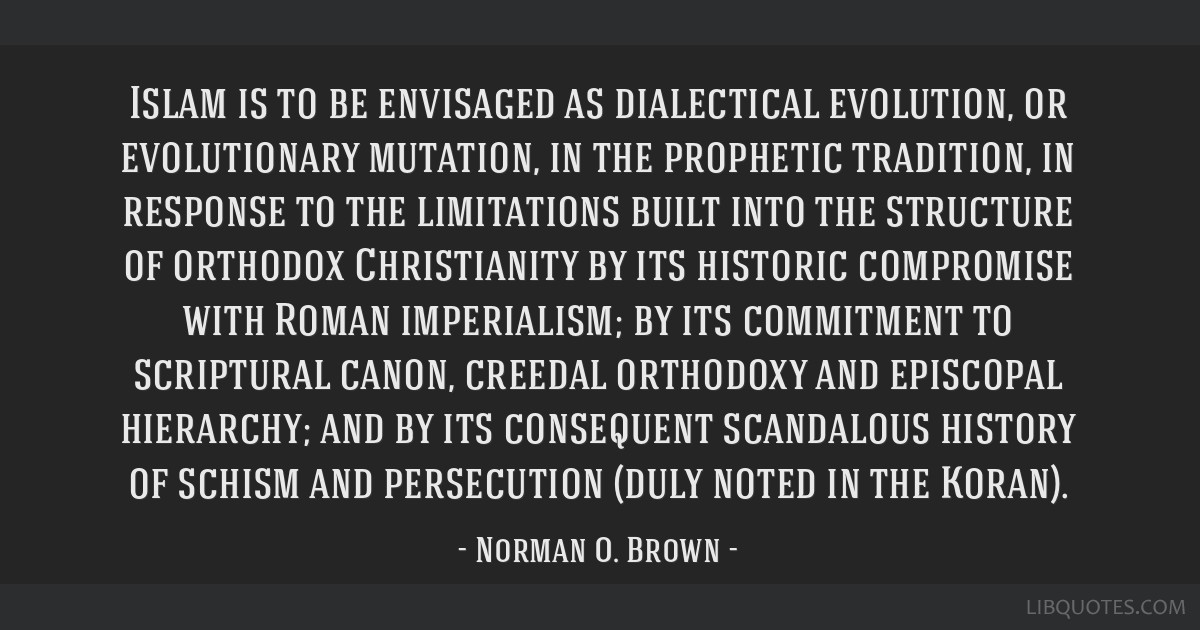 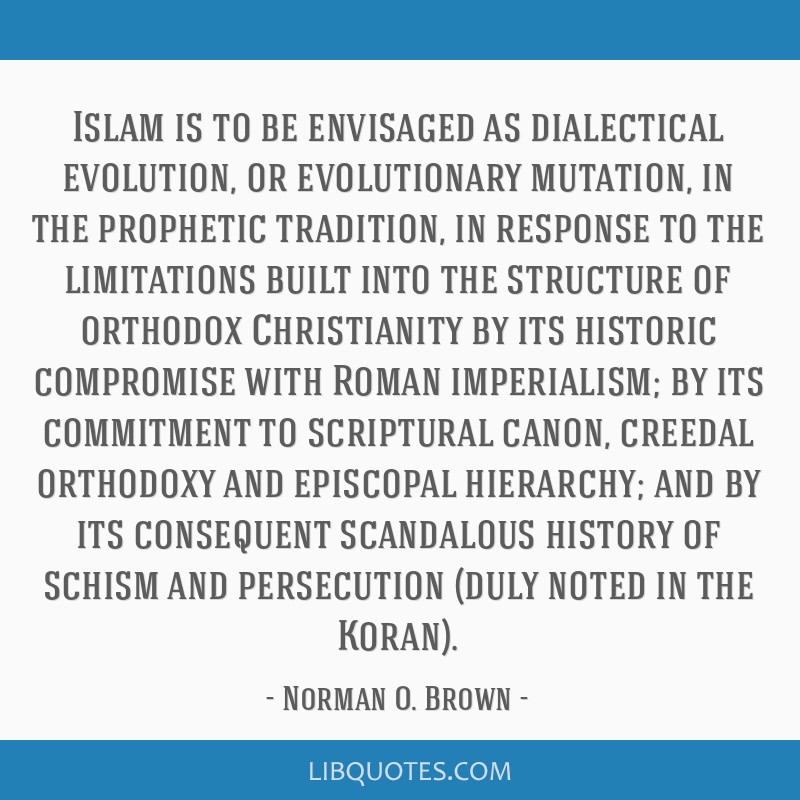 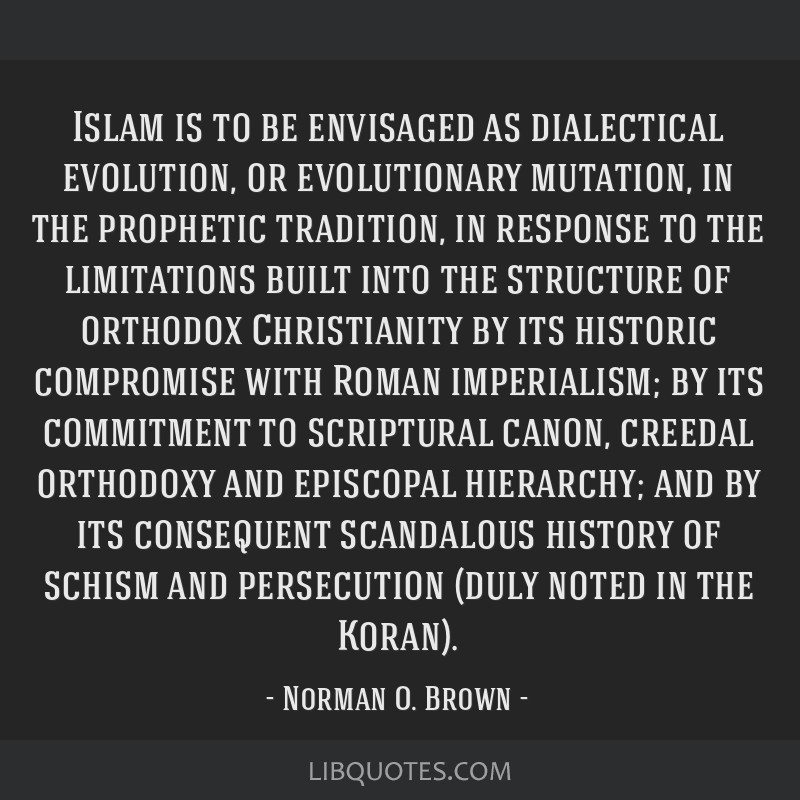