In the prophetic tradition, properly understood, Islam must be perceived as a legitimate dialectical response to the failure of orthodox Christianity. Protestants should be able to see that the need for a Protestant Reformation was there already in the 7th century C.E., to be perceived by prophetic eyes.... New light is coming from... a profounder appreciation of Judeo-Christian heresy, the alternatives eliminated by that triumph of orthodoxy which Hegel regards, as he regards all world-historical triumphs, as the triumph of God. Victrix causa deis placuit. 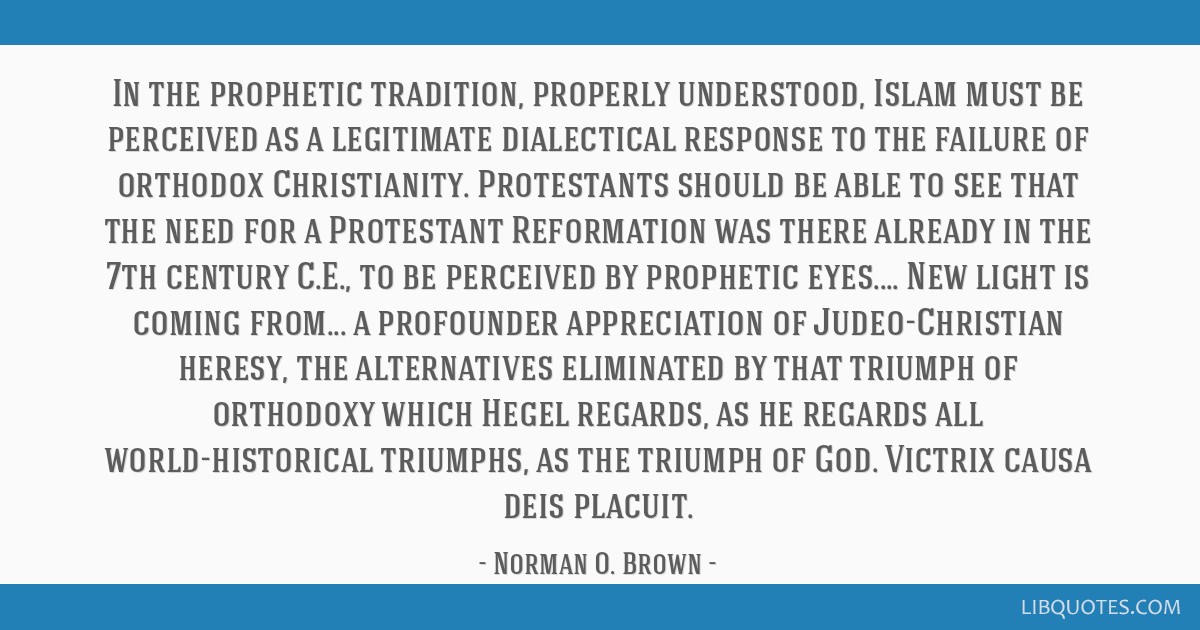 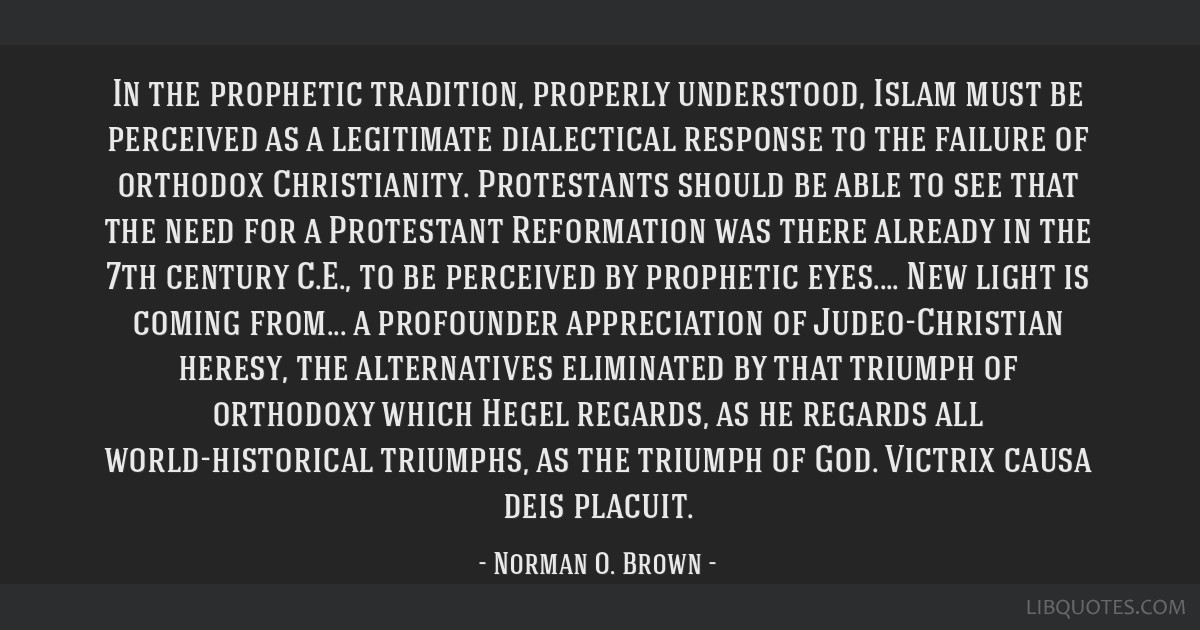