A fundamental problem in such studies stems from the long tradition that has regarded artistic productions as social facts. By regarding such productions as social facts the analyst is relieved of the burden of demonstrating what meanings these productions have for the artist and his audience. It is too frequently assumed that such meanings can be identified by a capable analyst, independent of the interpretations brought to such works by the artist or his audiences. In my judgement artist productions must be seen as interactional creations; the meanings of which arise out of the interactions directed to them by the artist and his audience. 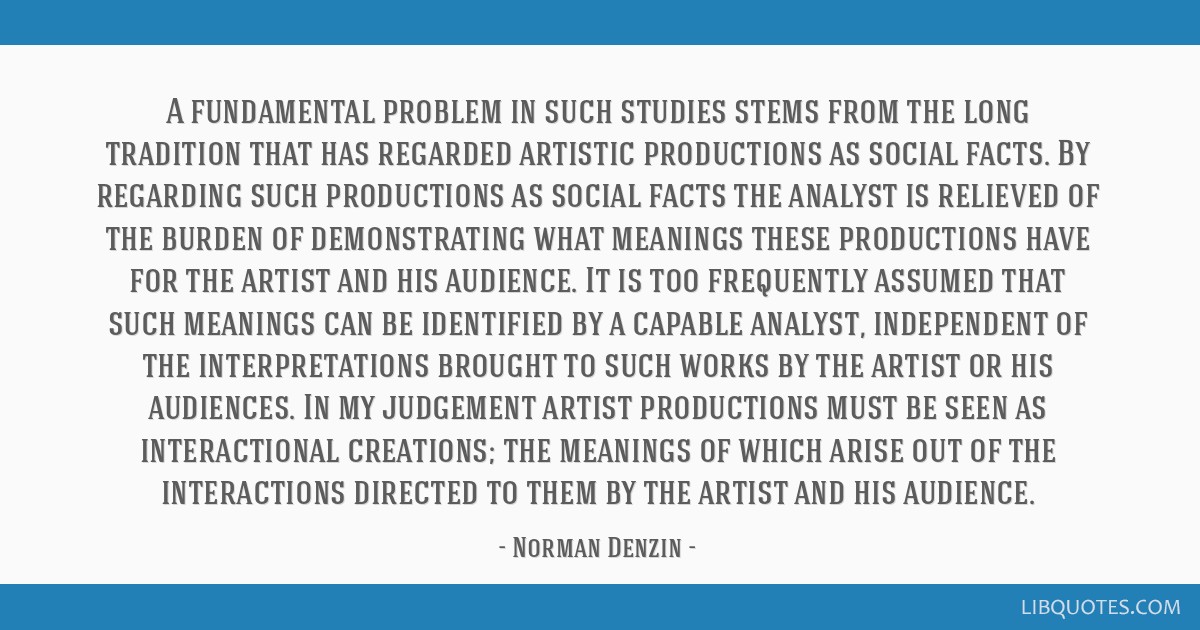 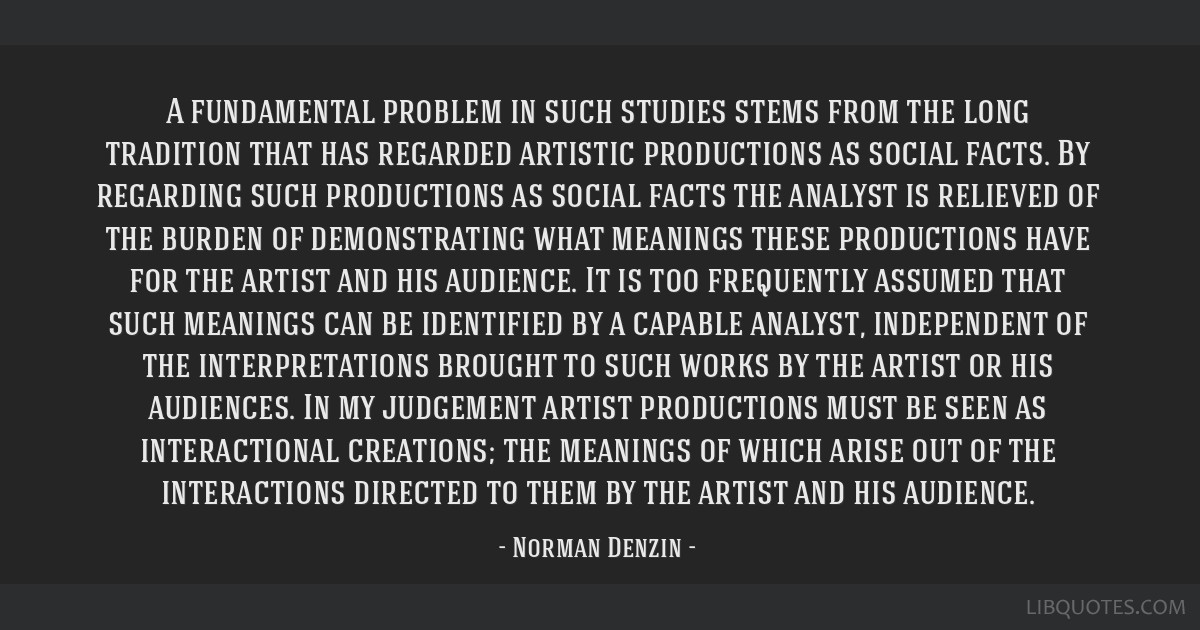 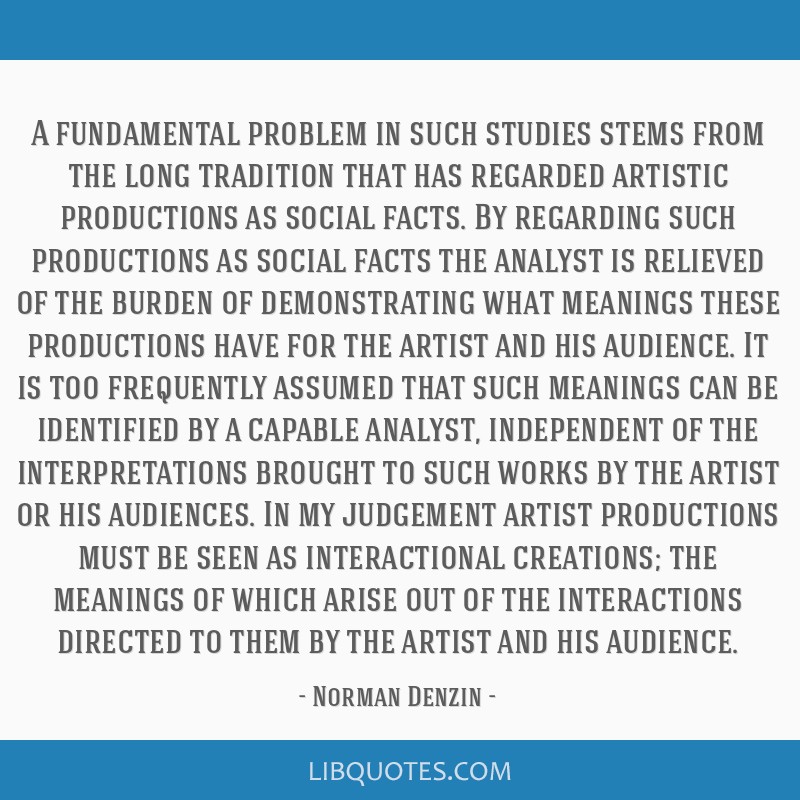 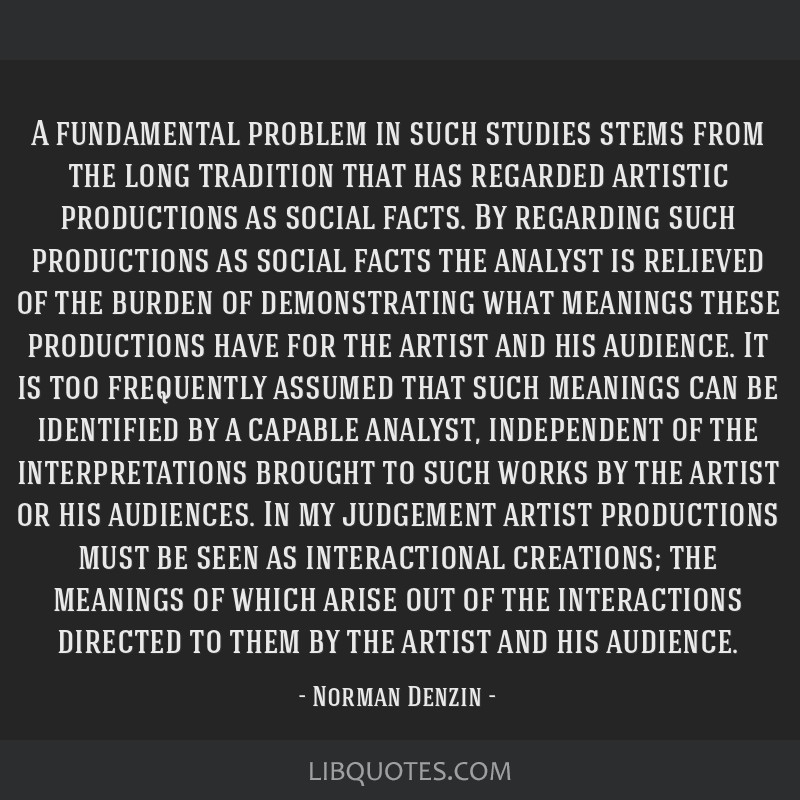