To tell the truth, I often felt uneasy when I thought of the excessive brittleness and fragility of the moon. The moon is generally repaired in Hamburg, and very imperfectly. It is done by a lame cooper, an obvious blockhead who has no idea how to do it. He took waxed thread and olive-oil—hence that pungent smell over all the earth which compels people to hold their noses. And this makes the moon so fragile that no men can live on it, but only noses. Therefore we cannot see our noses, because they are on the moon. 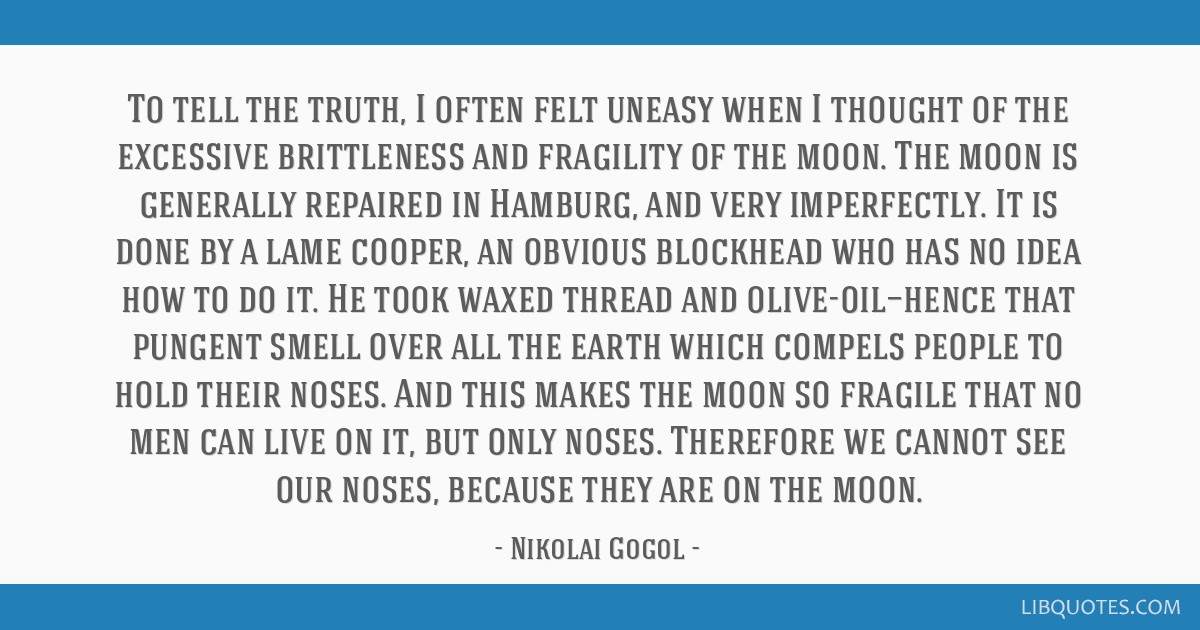 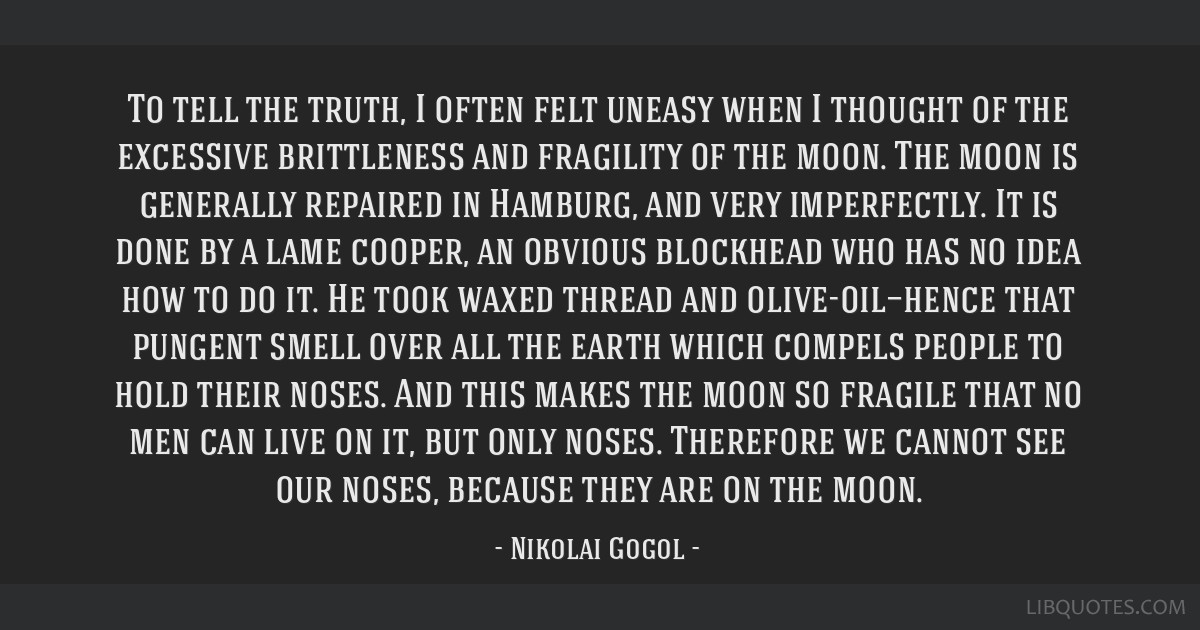 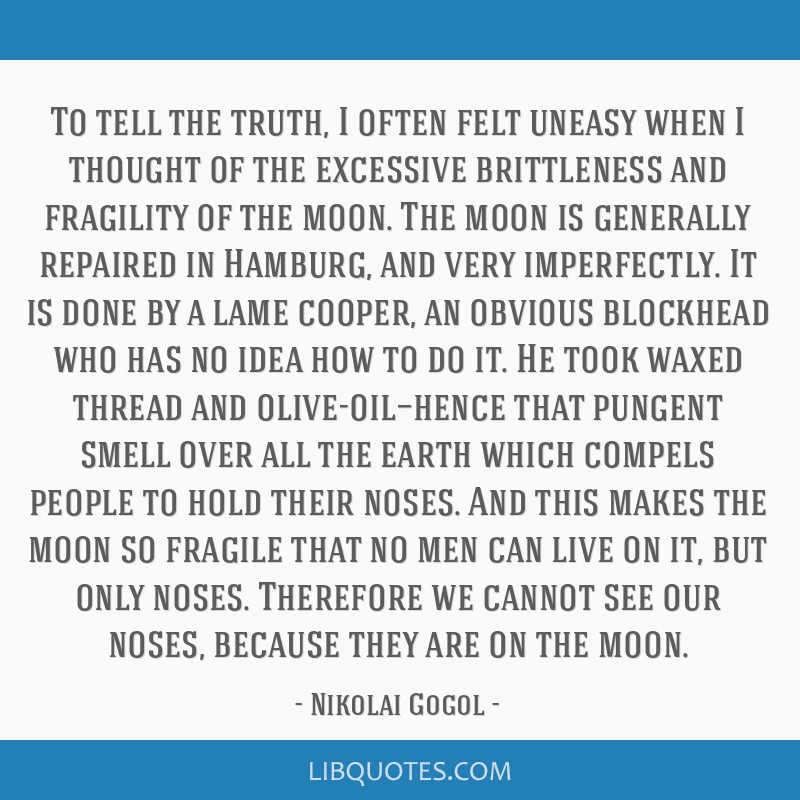 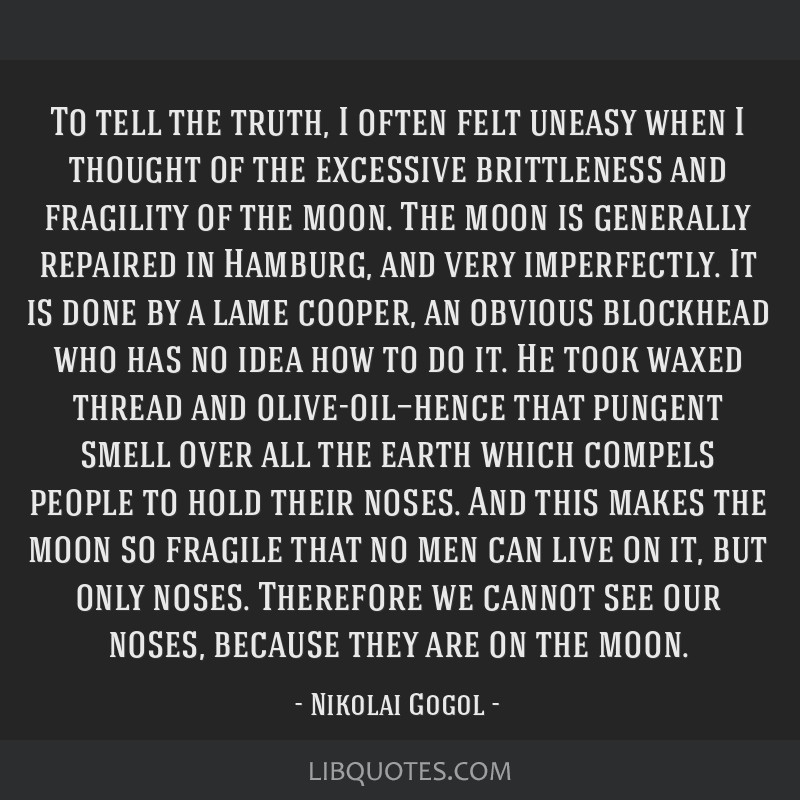 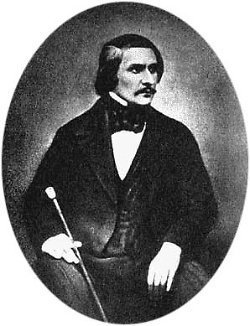