The greater part of Eastern teachers of the Church, from Clement of Alexandria to Maximus the Confessor, were supporters of Apokatastasis, of universal salvation and resurrection. And this is characteristic of (contemporary) Russian religious thought. Orthodox thought has never been suppressed by the idea of Divine justice and it never forgot the idea of Divine love. Chiefly — it did not define man from the point of view of Divine justice but from the idea of transfiguration and Deification of man and cosmos. 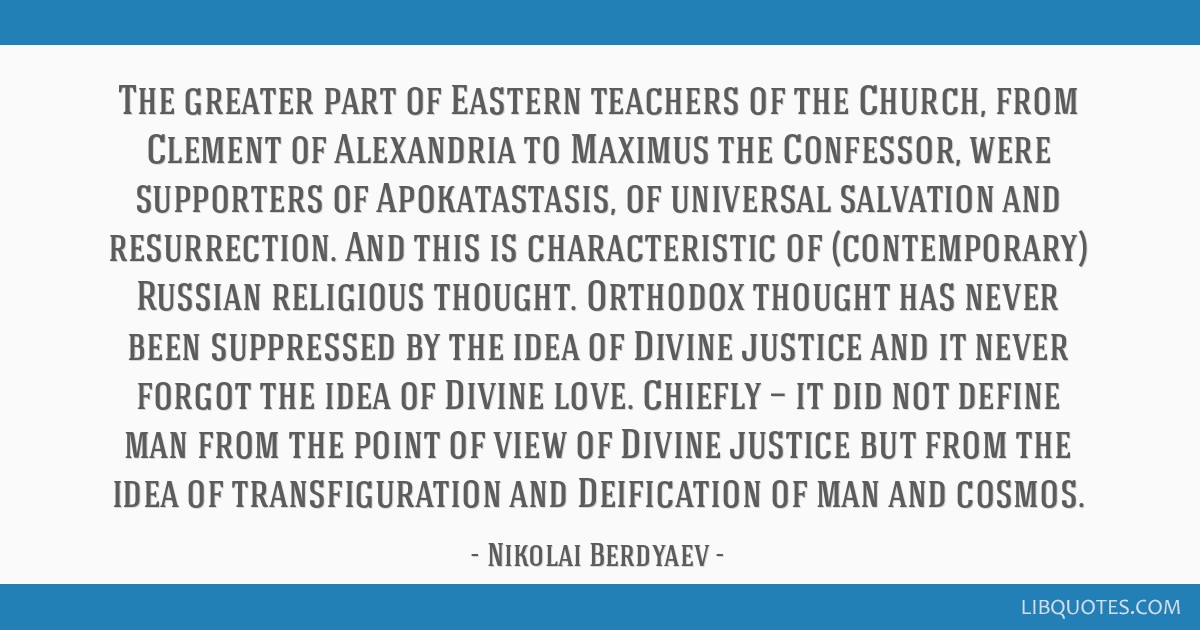 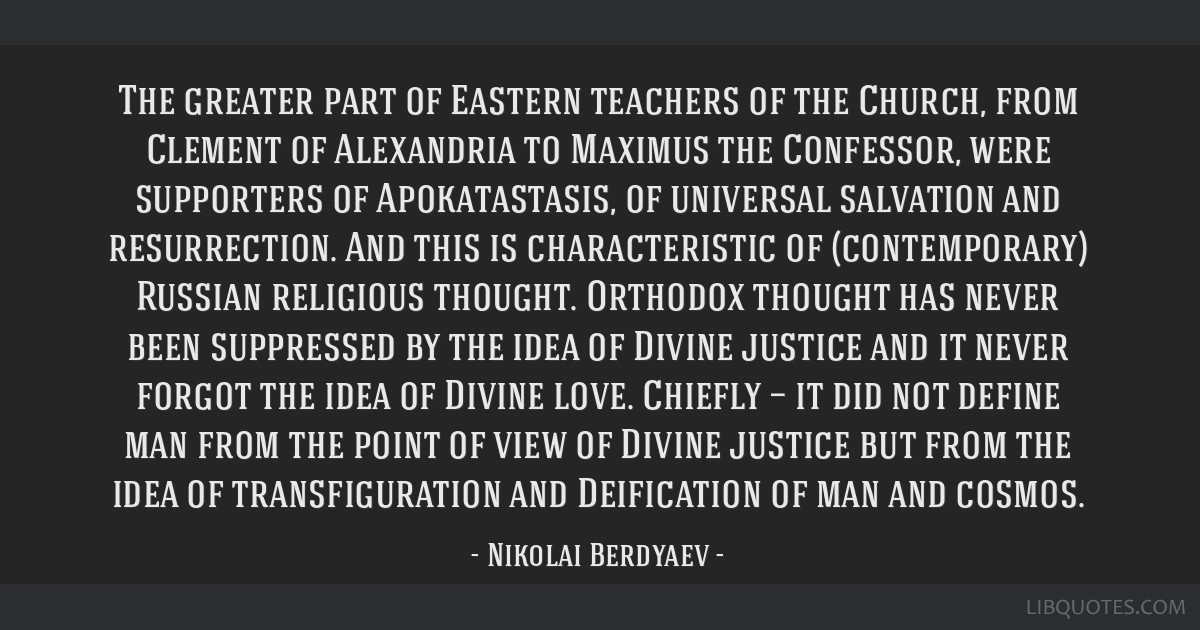 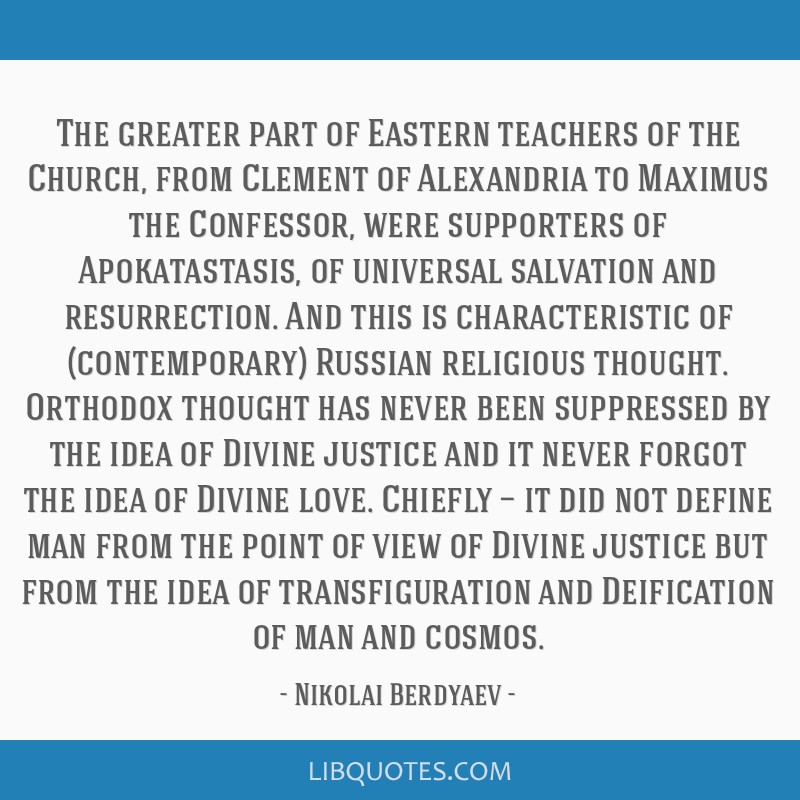 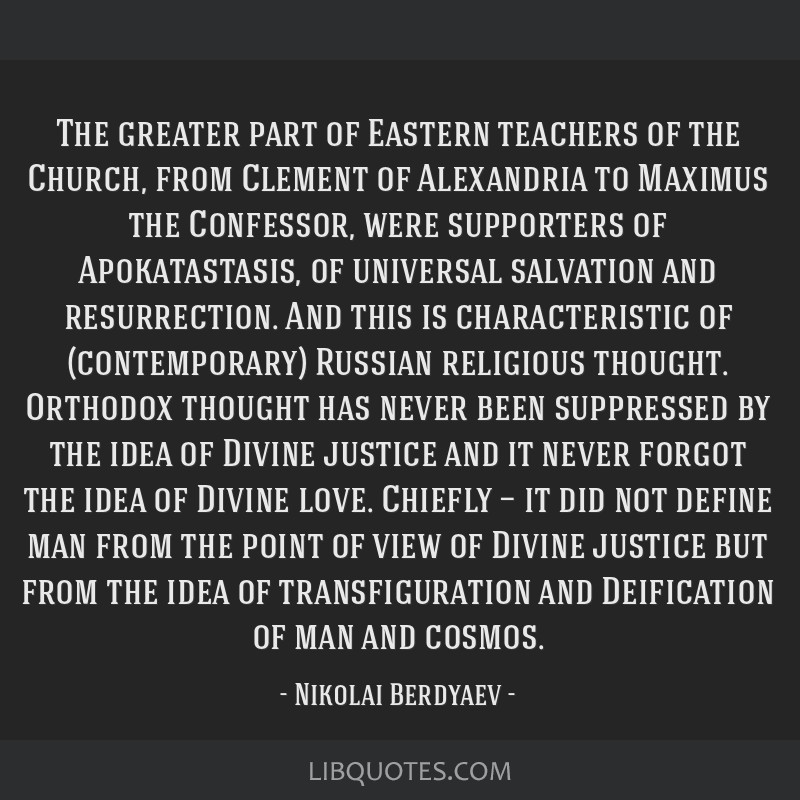 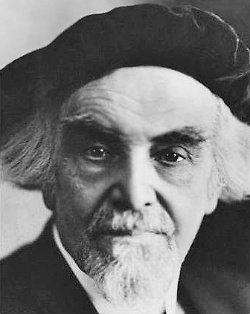