Man's new sense of pity began to interfere with the ruthless workings of nature. The only method compatible with our notions of civilization and the race is to prevent the breeding of the unfit by sterilization and the deliberate guidance of the mating instinct. The trend of opinion among eugenists is that we must make marriage more difficult. Certainly no one who is not a desirable parent should be permitted to produce progeny. A century from now it will no more occur to a normal person to mate with a person eugenically unfit than to marry a habitual criminal.

As quoted in "A Machine to End War - A Famous Inventor, Picturing Life 100 Years from Now, Reveals an Astounding Scientific Venture Which He Believes Will Change the Course of History" by George Sylvester Viereck in Liberty (February 1937) 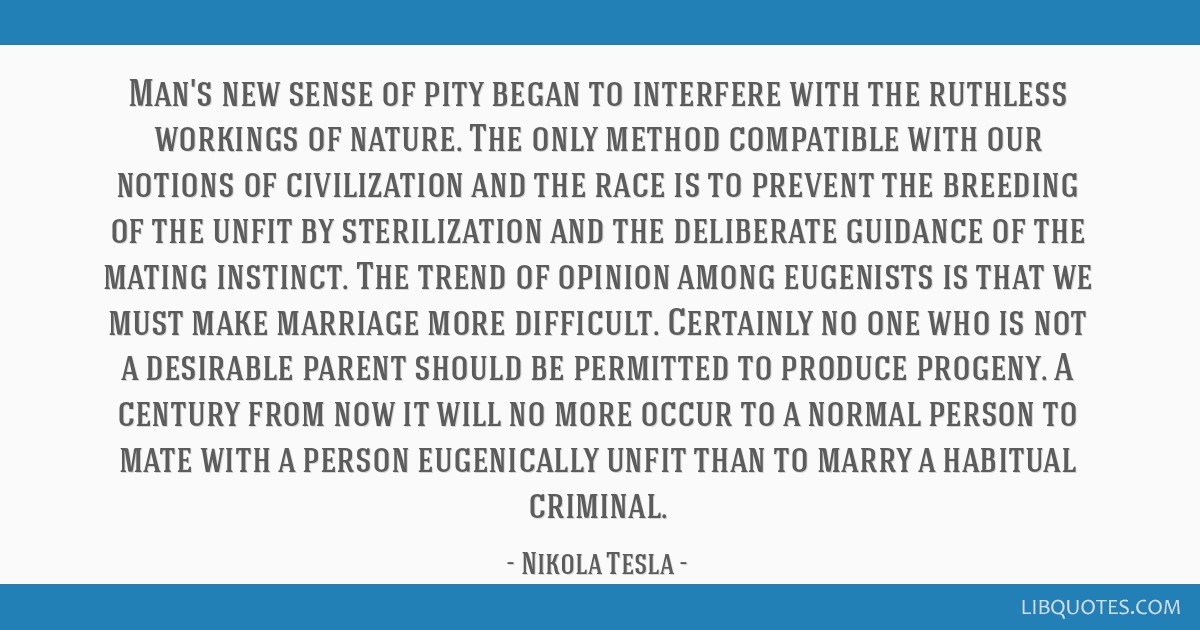 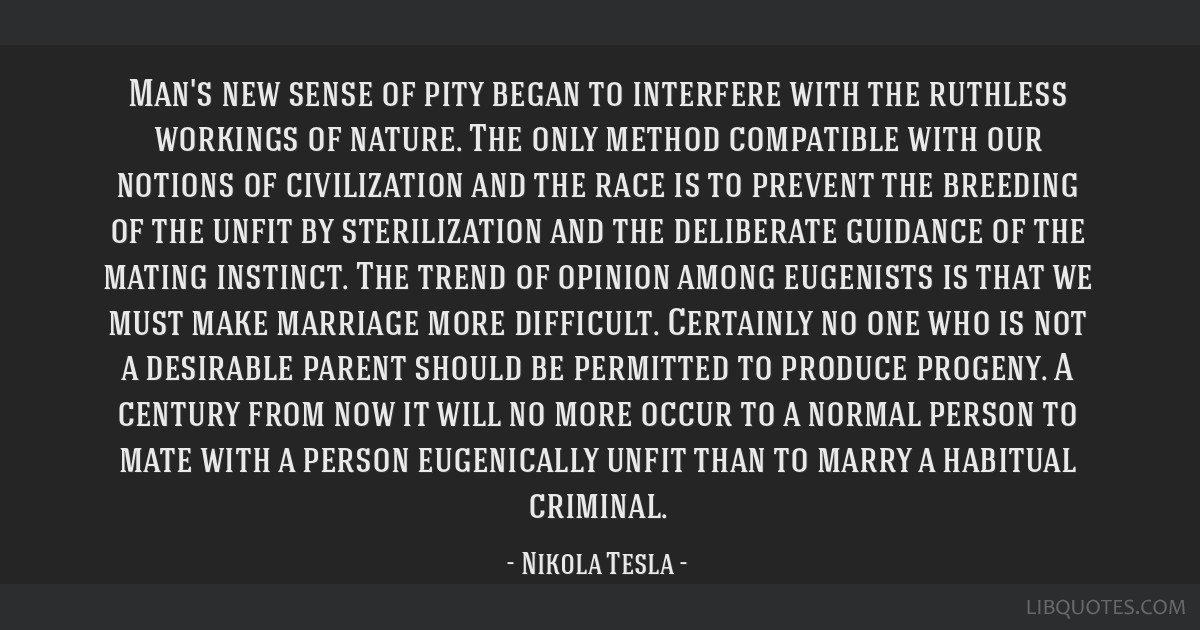 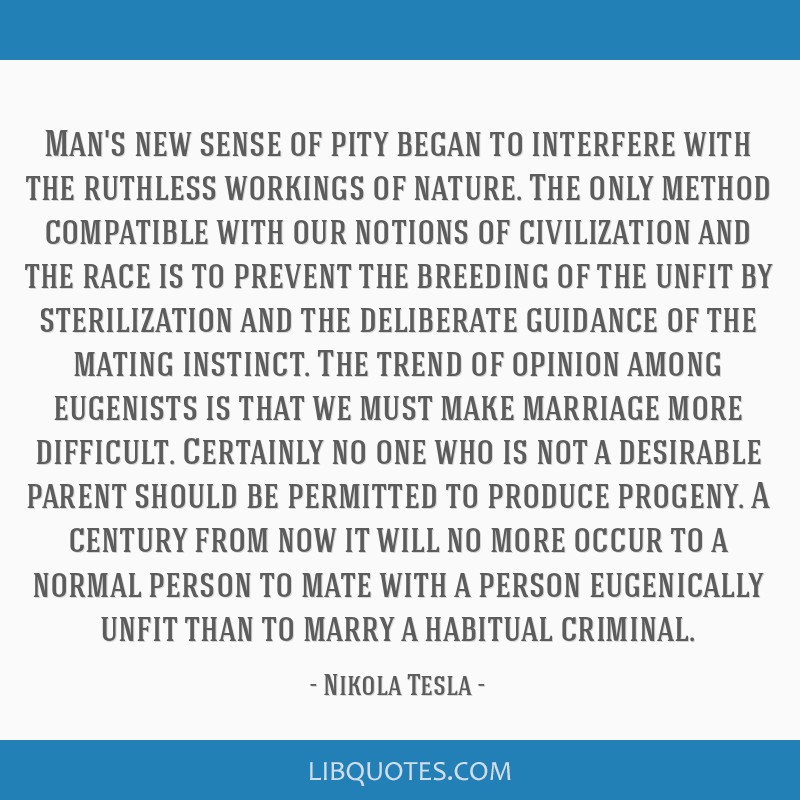 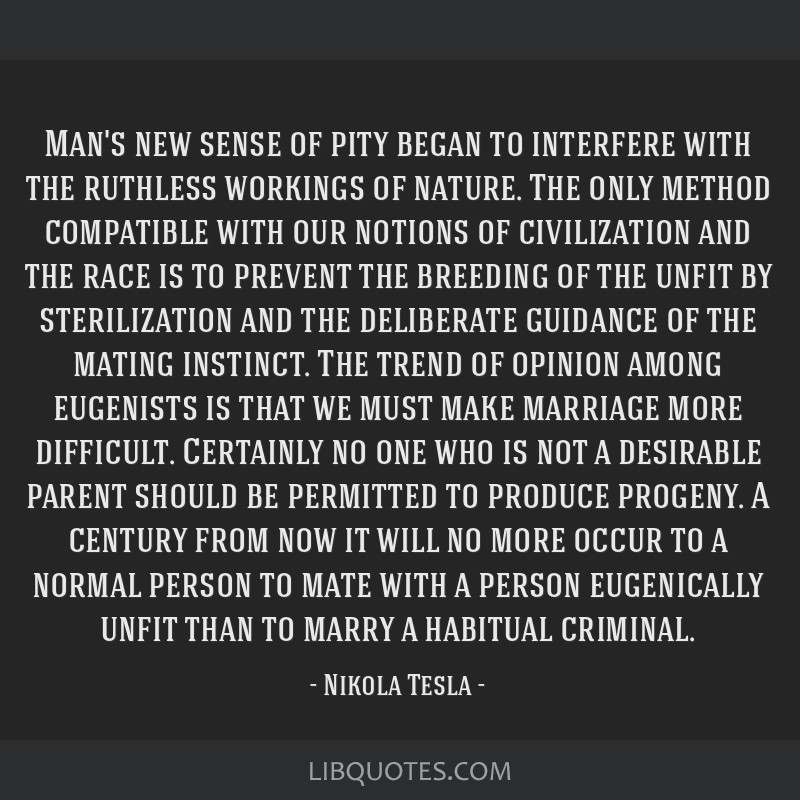 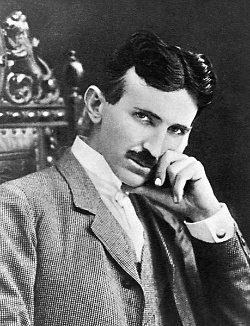