The UK can be proud of its real contribution to this unique system and its influence in bringing about effective human rights protection throughout the European continent. It would be deeply regrettable if it were to allow its commitment to that system to be called into question by a failure to defend it against its detractors or to offer its strong support for the vital work of the court.

"Britain should be defending European justice, not attacking it", The Independent, Tuesday 24 January 2012 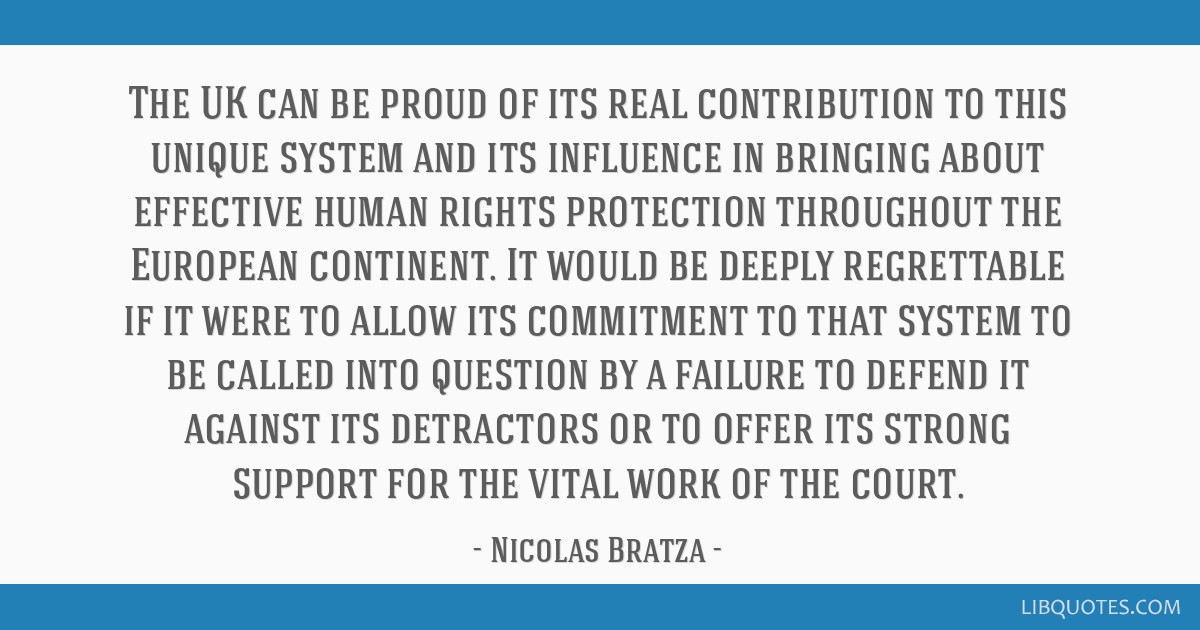 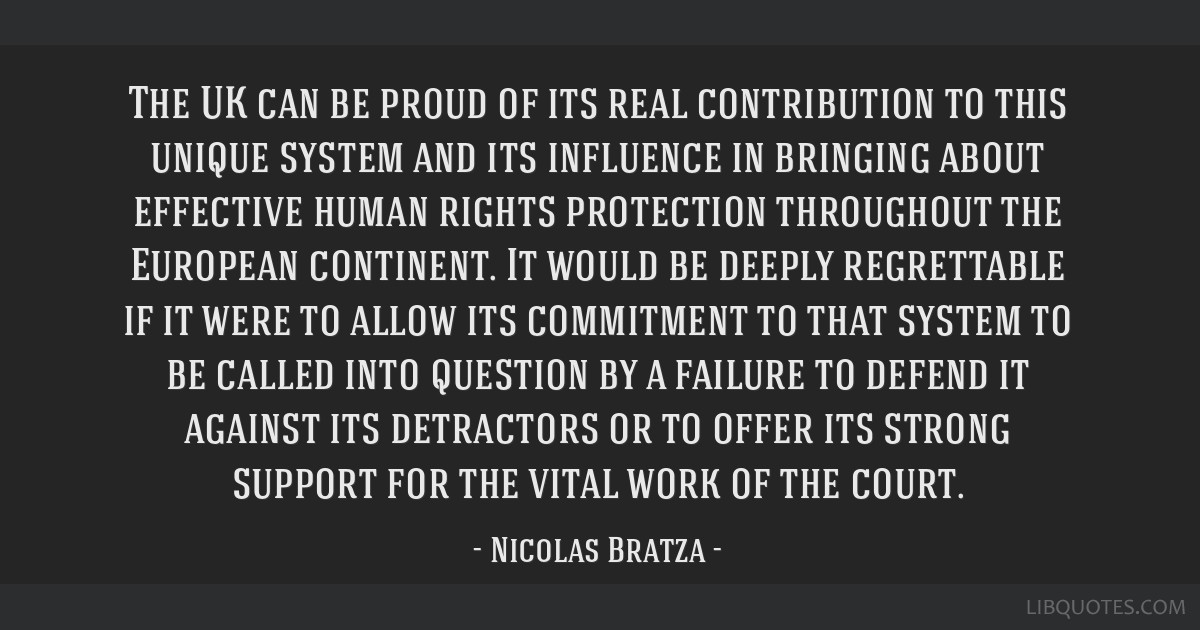 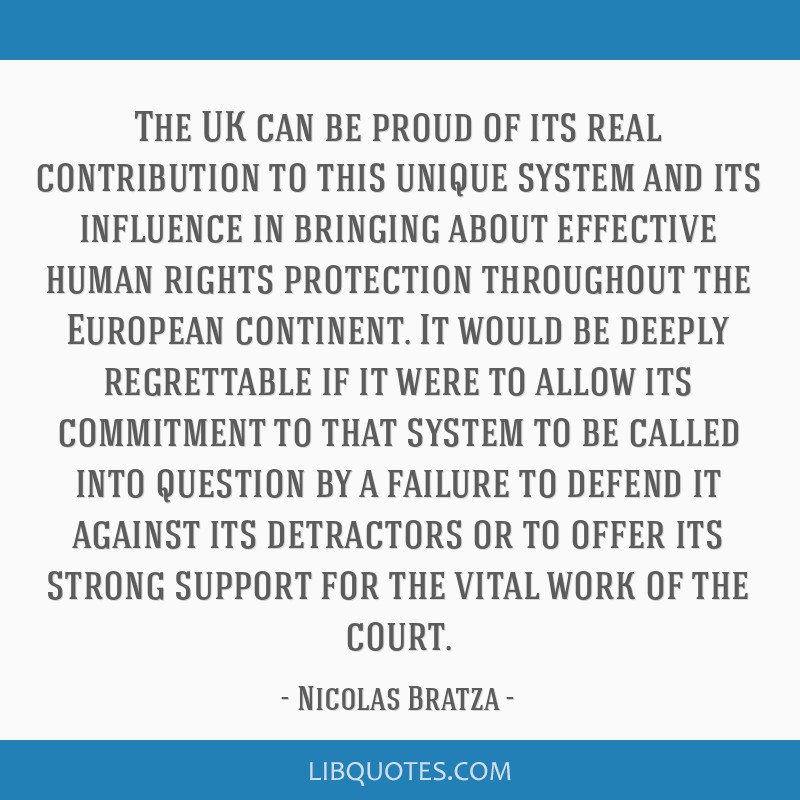 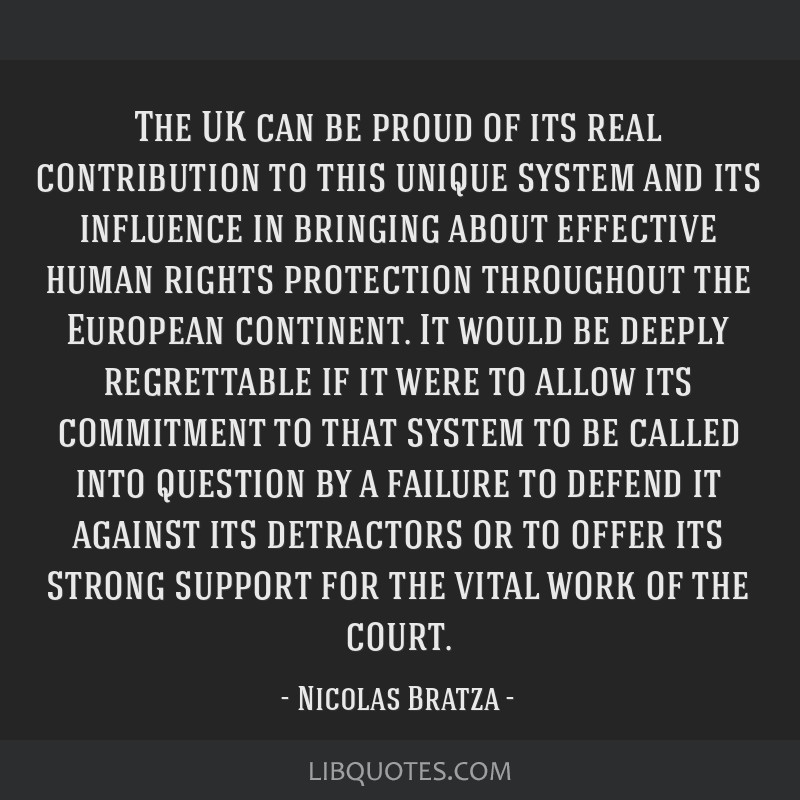