A 'socialist' country like Sweden has a highly articulated welfare state; Denmark and New Zealand (which are not highly industrialized) were among the first countries with a public system of old-age pensions; and Saskatchewan was the first Canadian province to have publicly organized health insurance. 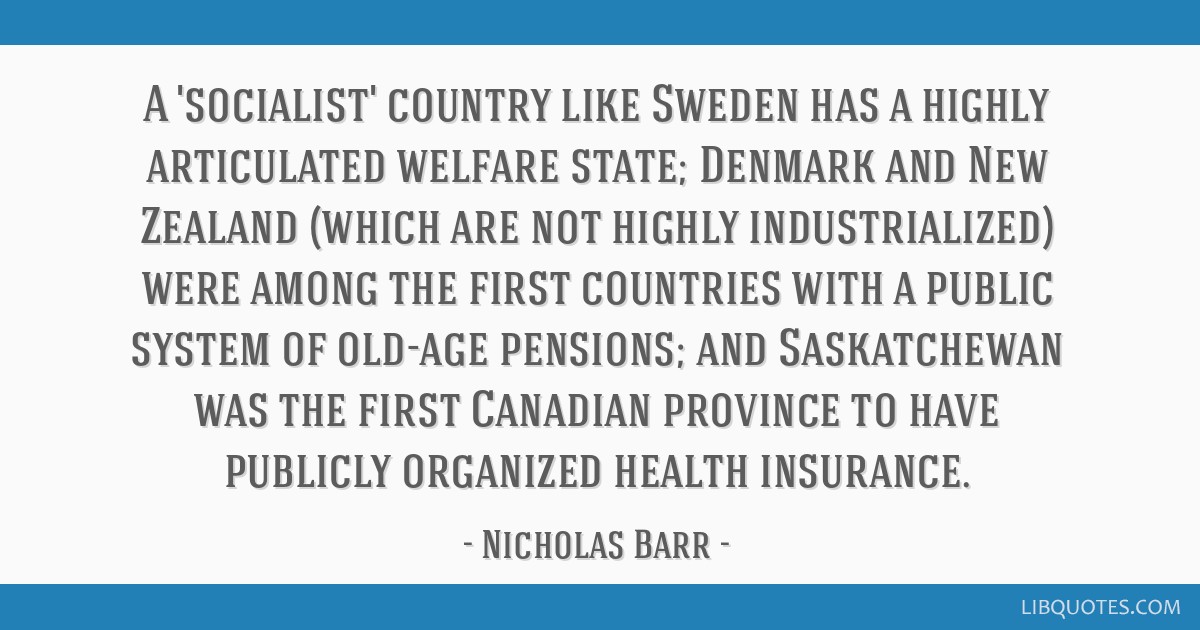 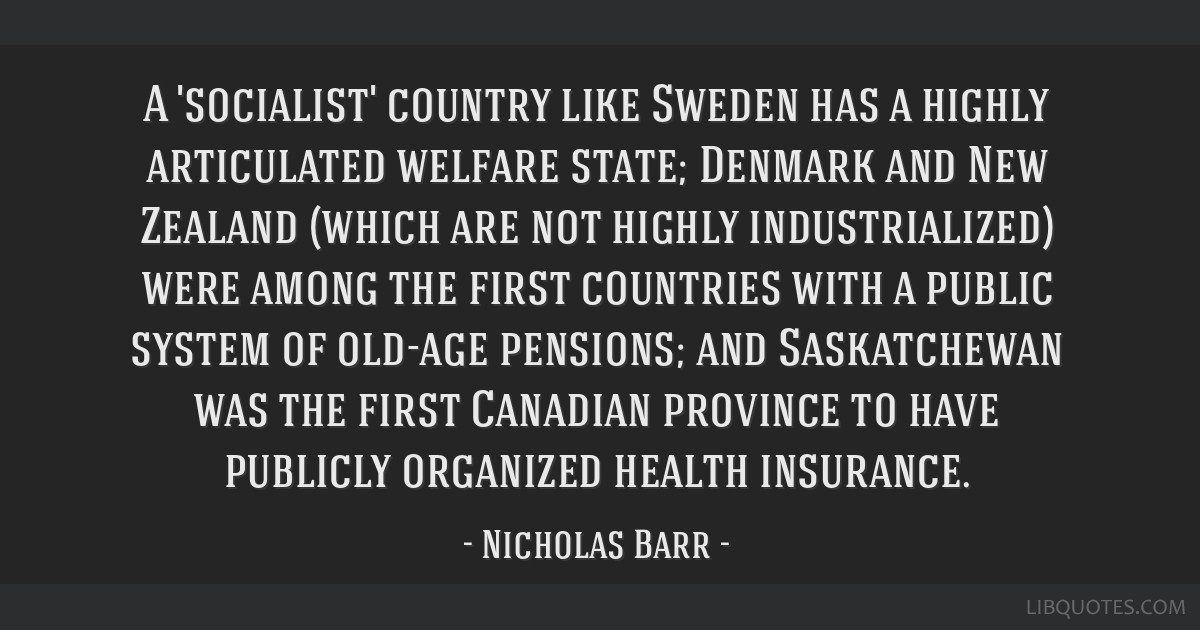 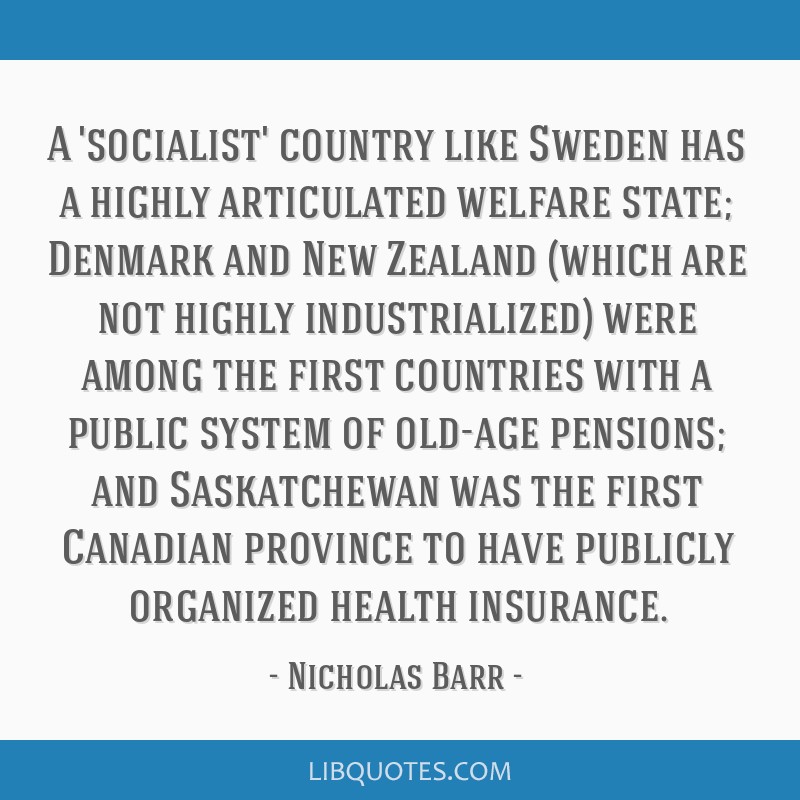 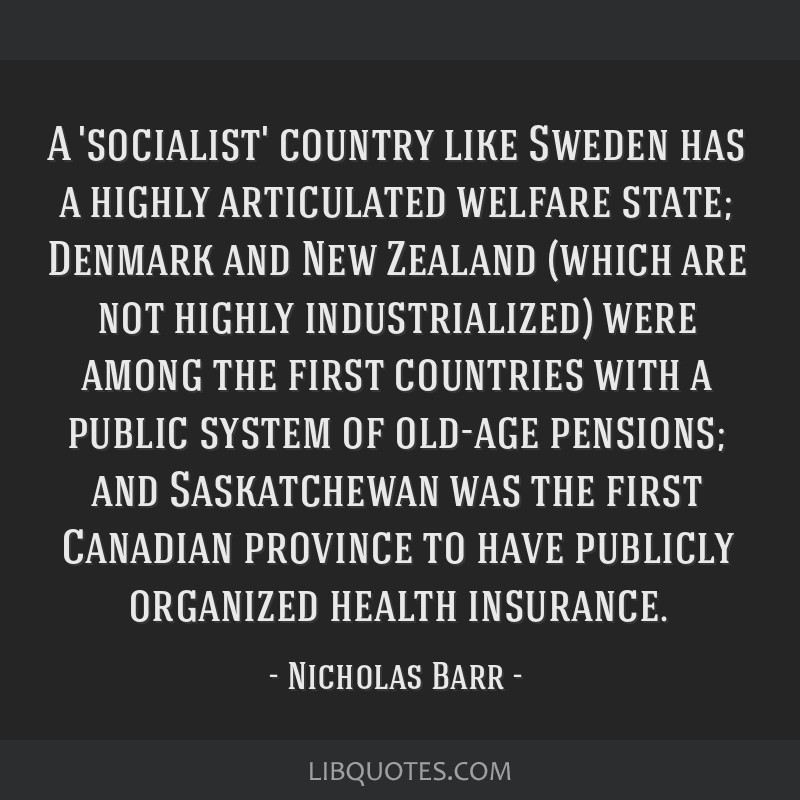