Last Words:
What a great artist dies with me! 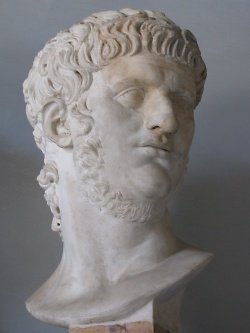 Creative Commons
Born: December 15, 37
Died: June 9, 68 (aged 30)
Bio: Nero was Roman Emperor from 54 to 68, and the last in the Julio-Claudian dynasty. Nero was adopted by his great-uncle Claudius to become his heir and successor, and acceded to the throne in 54 following Claudius' death.