A man does not become a freedom fighter in the hope of winning awards, but when I was notified that I had won the 1993 Nobel peace prize jointly with Mr. F. W. de Klerk, I was deeply moved. The Nobel Peace Prize had a special meaning for me because of its involvement with South Africa... The award was a tribute to all South Africans, and especially to those who fought in the struggle; I would accept it on their behalf. 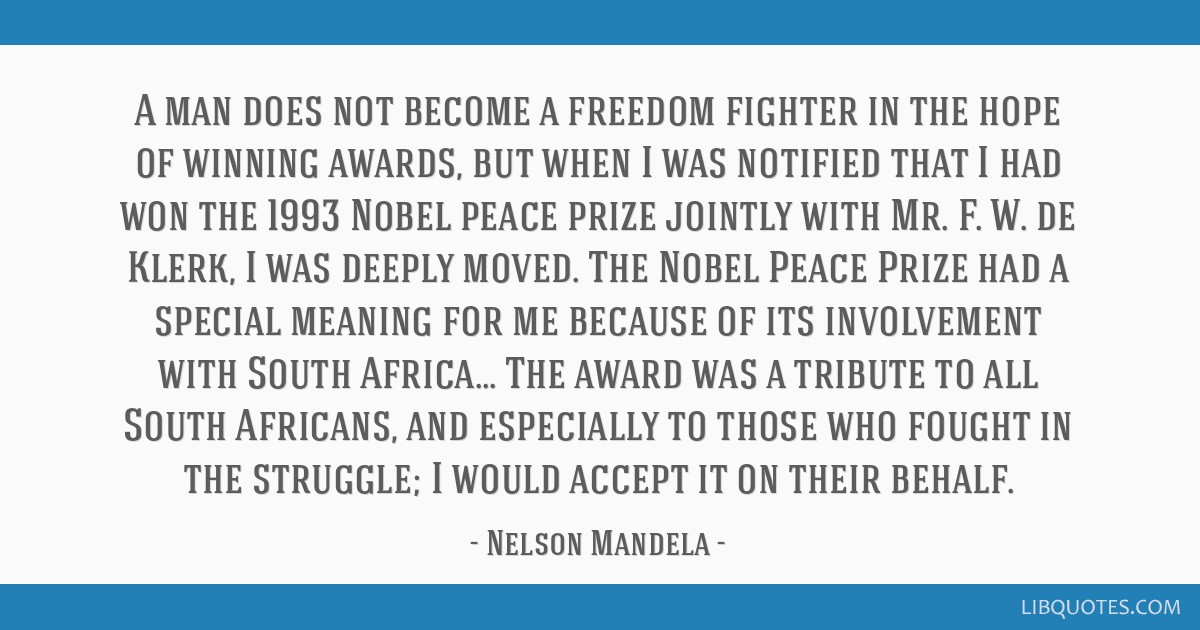 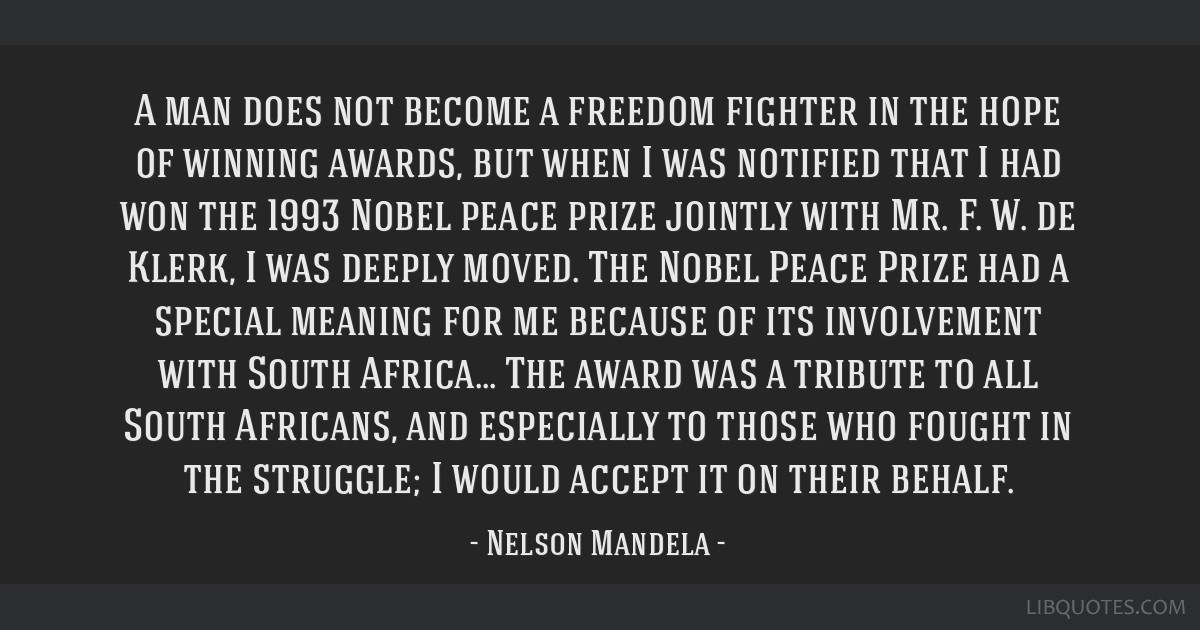 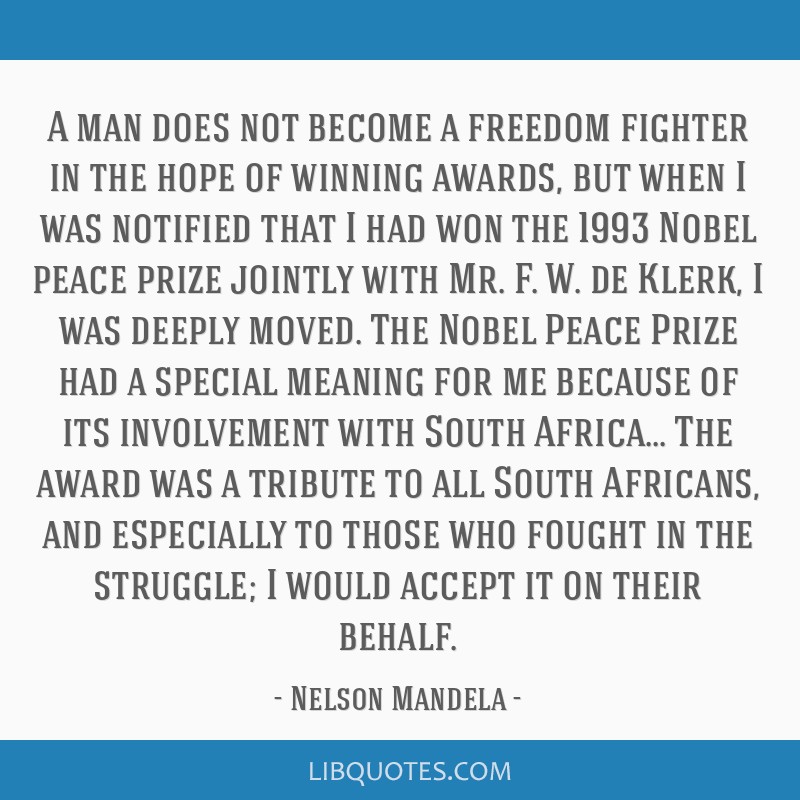 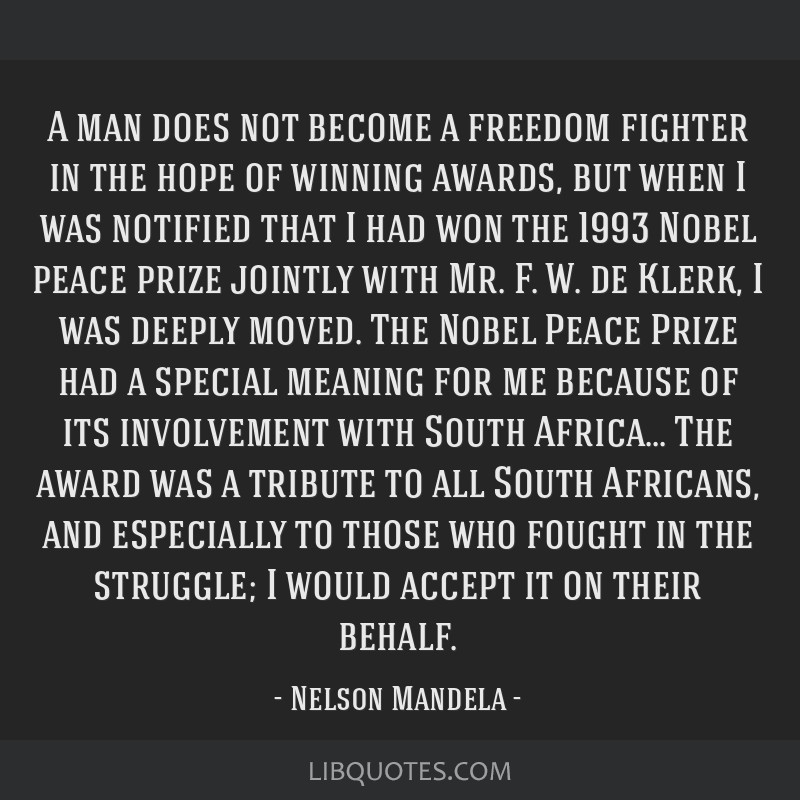