India is Gandhi's country of birth; South Africa his country of adoption. He was both an Indian and a South African citizen. Both countries contributed to his intellectual and moral genius, and he shaped the liberatory movements in both colonial theaters.
He is the archetypal anticolonial revolutionary. His strategy of noncooperation, his assertion that we can be dominated only if we cooperate with our dominators, and his nonviolent resistance inspired anticolonial and antiracist movements internationally in our century. 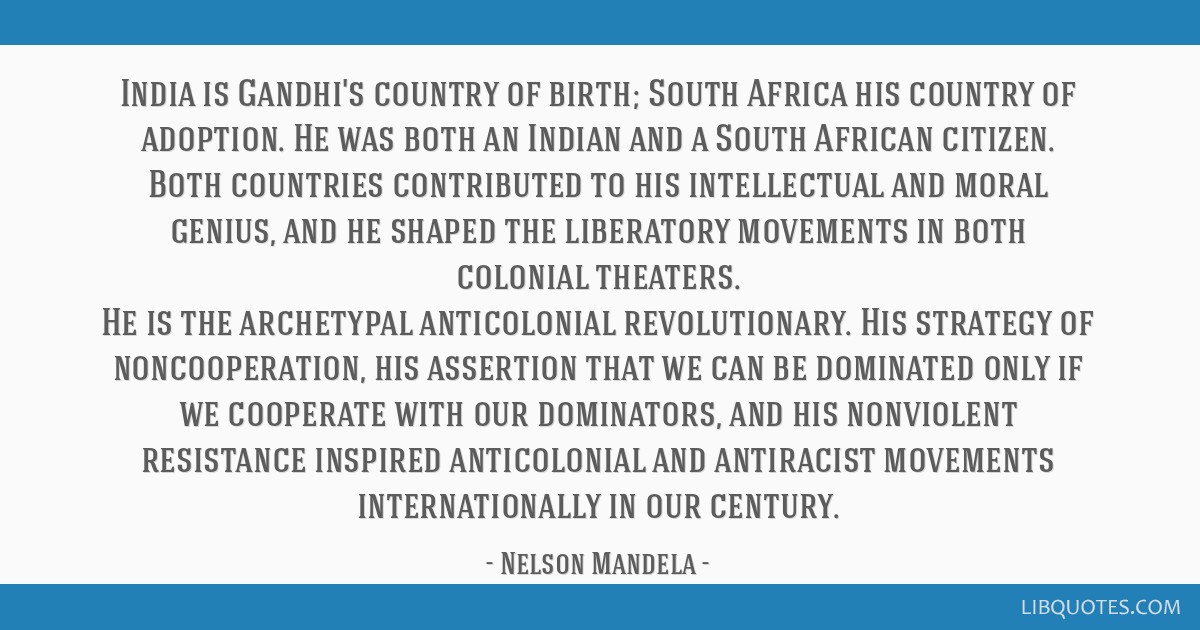 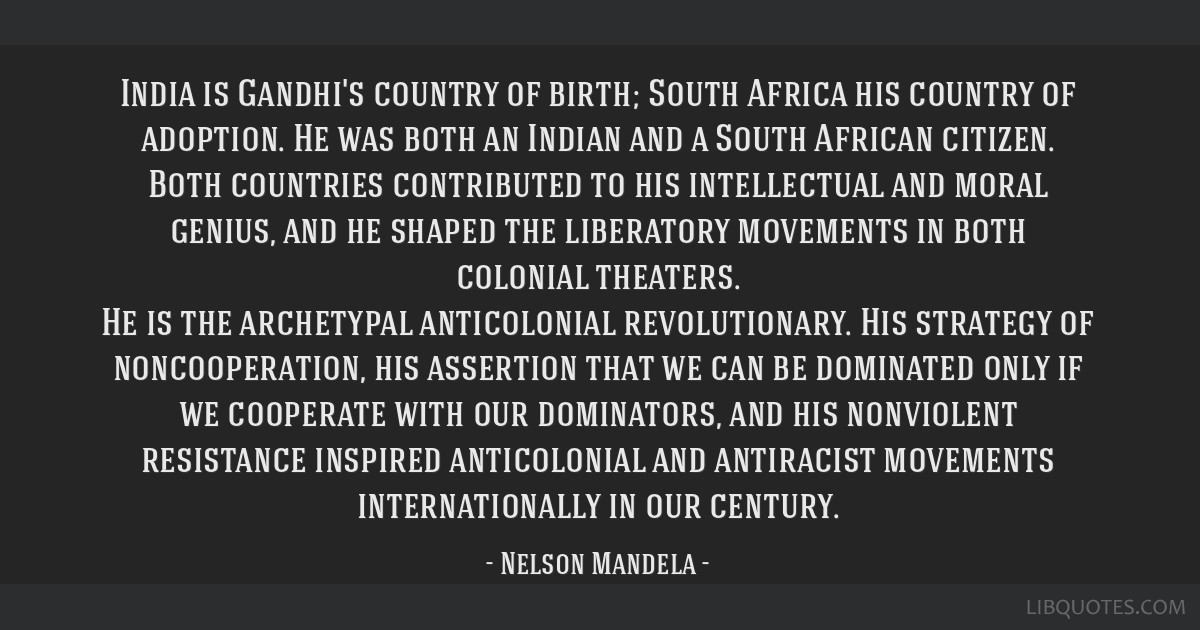 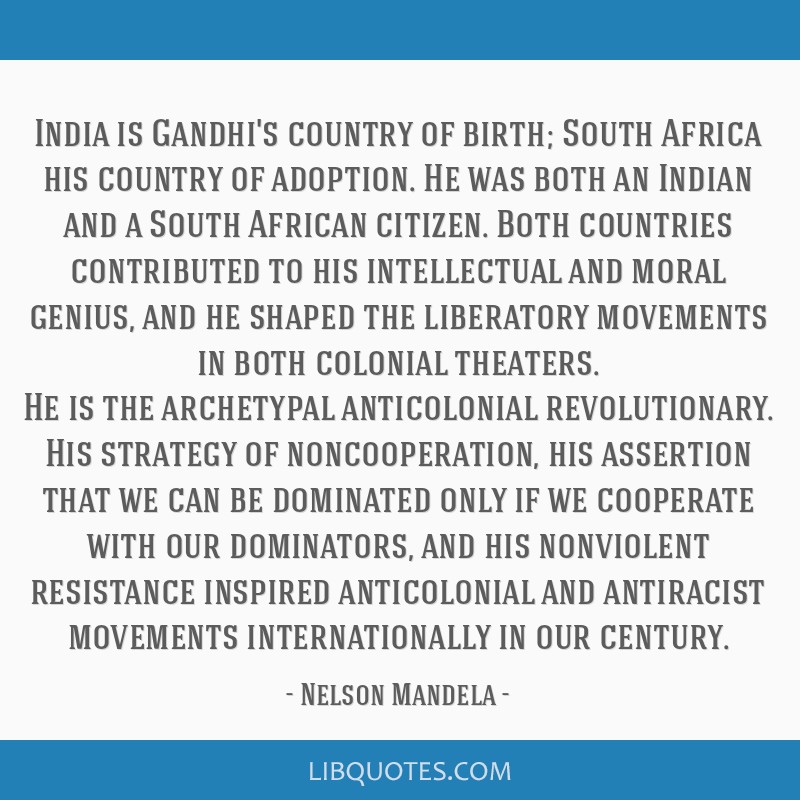 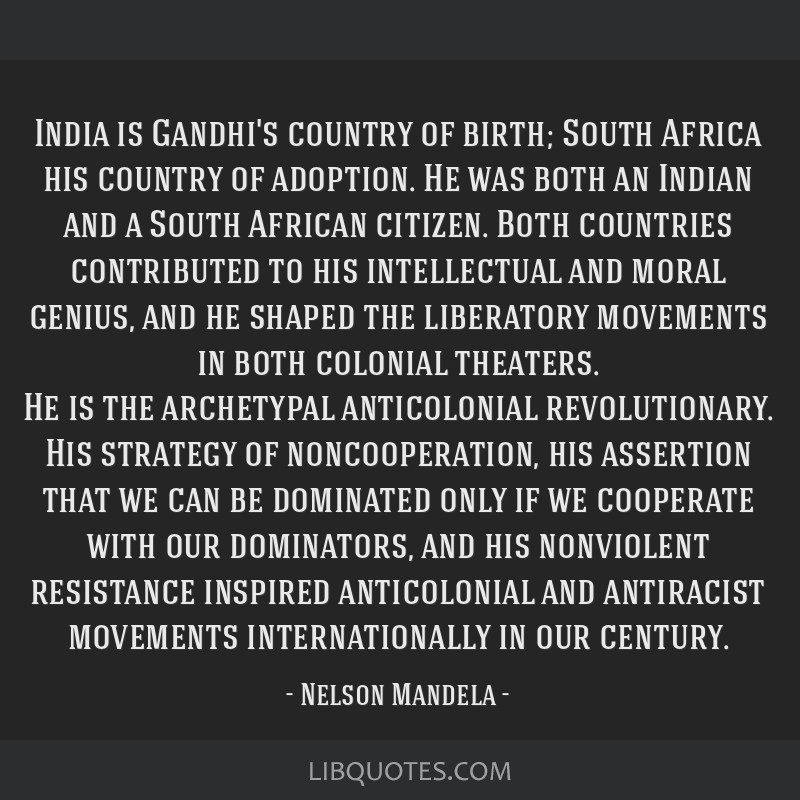