I am also here today as a representative of the millions of people across the globe, the anti-apartheid movement, the governments and organisations that joined with us, not to fight against South Africa as a country or any of its peoples, but to oppose an inhuman system and sue for a speedy end to the apartheid crime against humanity.
These countless human beings, both inside and outside our country, had the nobility of spirit to stand in the path of tyranny and injustice, without seeking selfish gain. They recognised that an injury to one is an injury to all and therefore acted together in defense of justice and a common human decency. 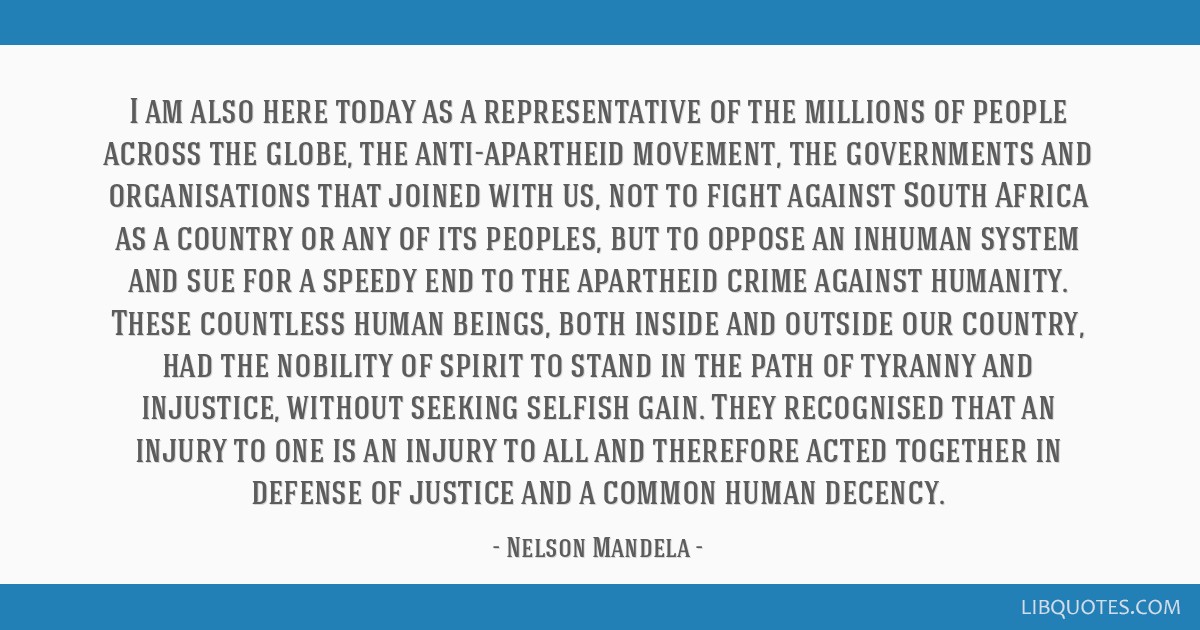 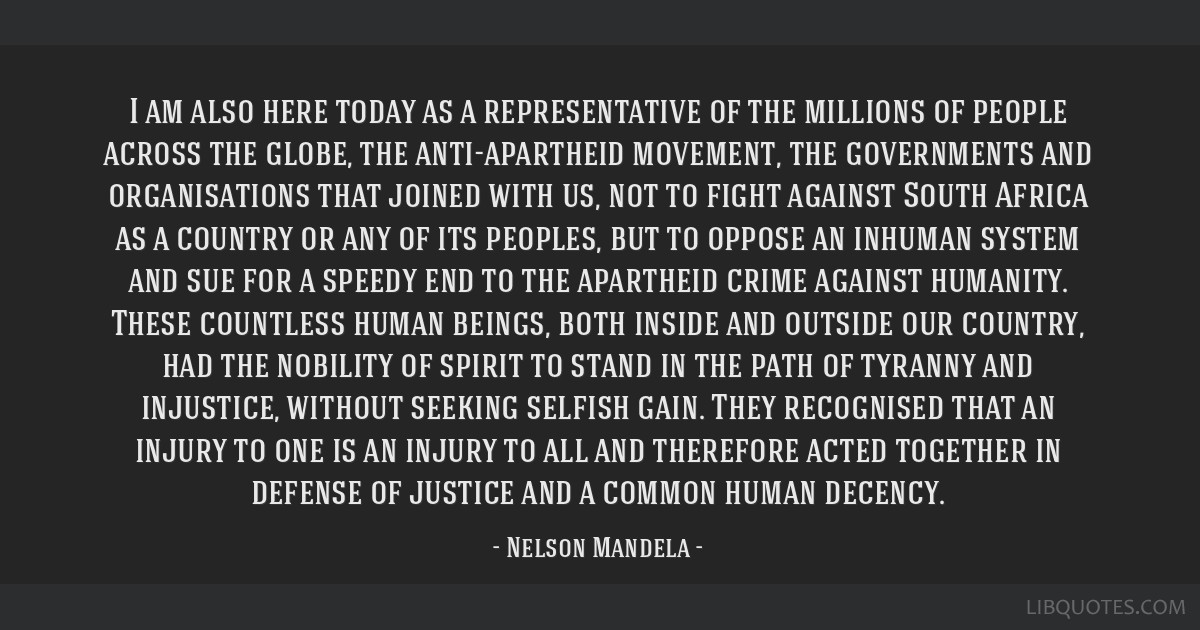 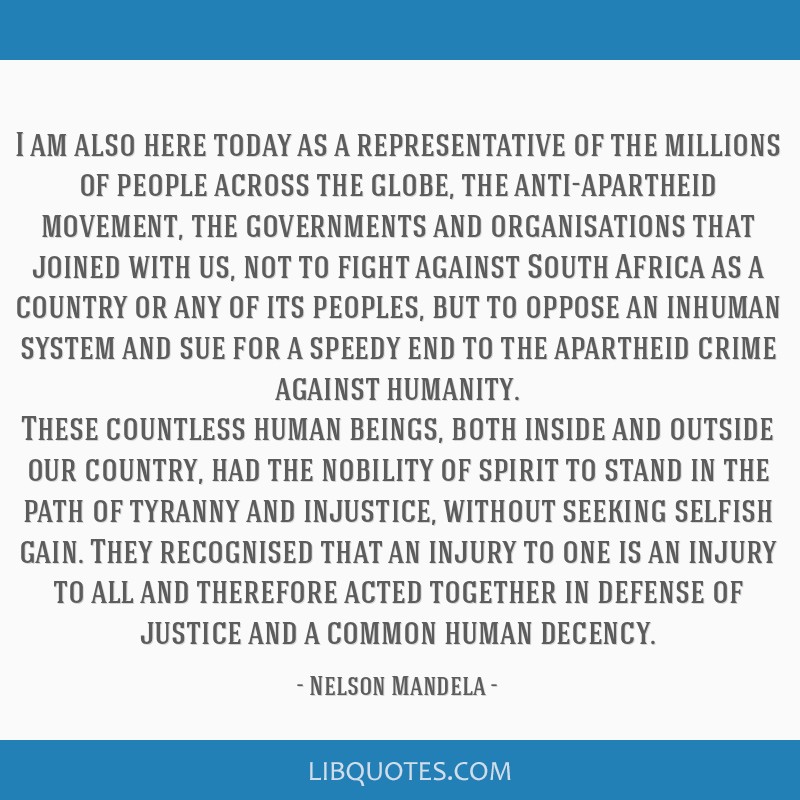 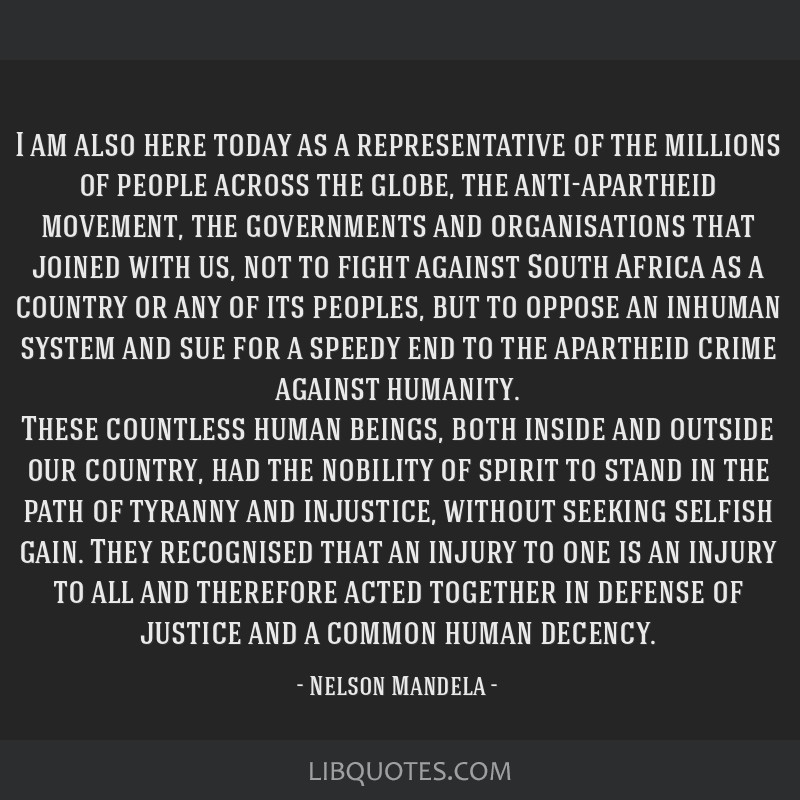