The sight of wounded and whipped Zulus, mercilessly abandoned by their British persecutors, so appalled him that he turned full circle from his admiration for all things British to celebrating the indigenous and ethnic. He resuscitated the culture of the colonized and the fullness of Indian resistance against the British; he revived Indian handicrafts and made these into an economic weapon against the colonizer in his call for swadeshi — the use of one's own and the boycott of the oppressor's products, which deprive the people of their skills and their capital. 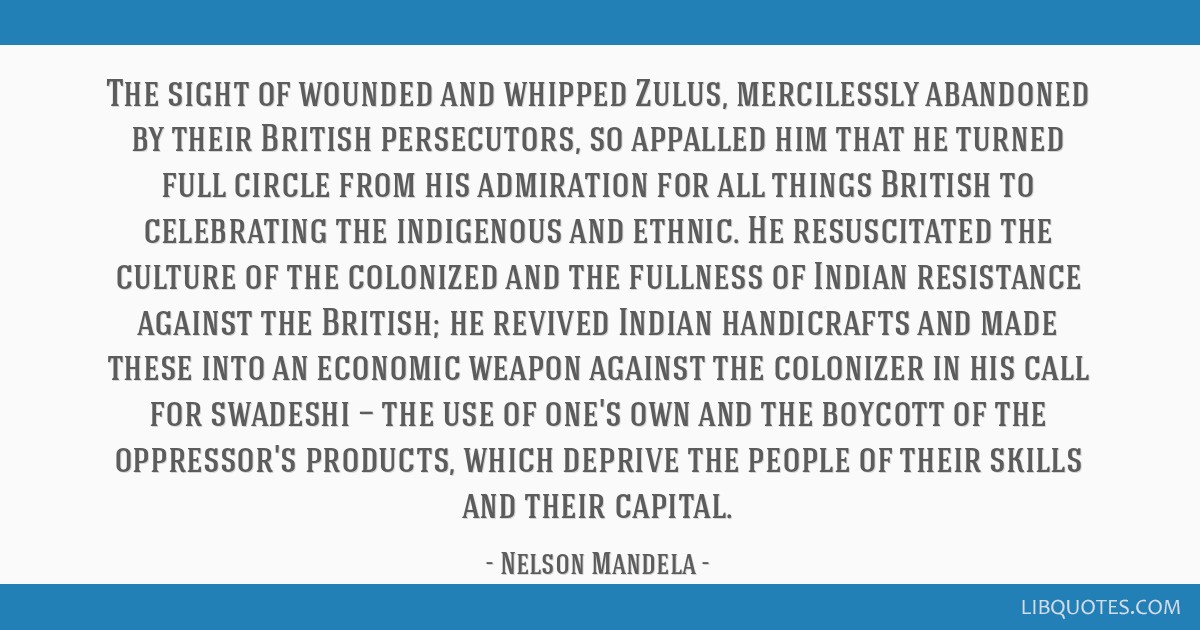 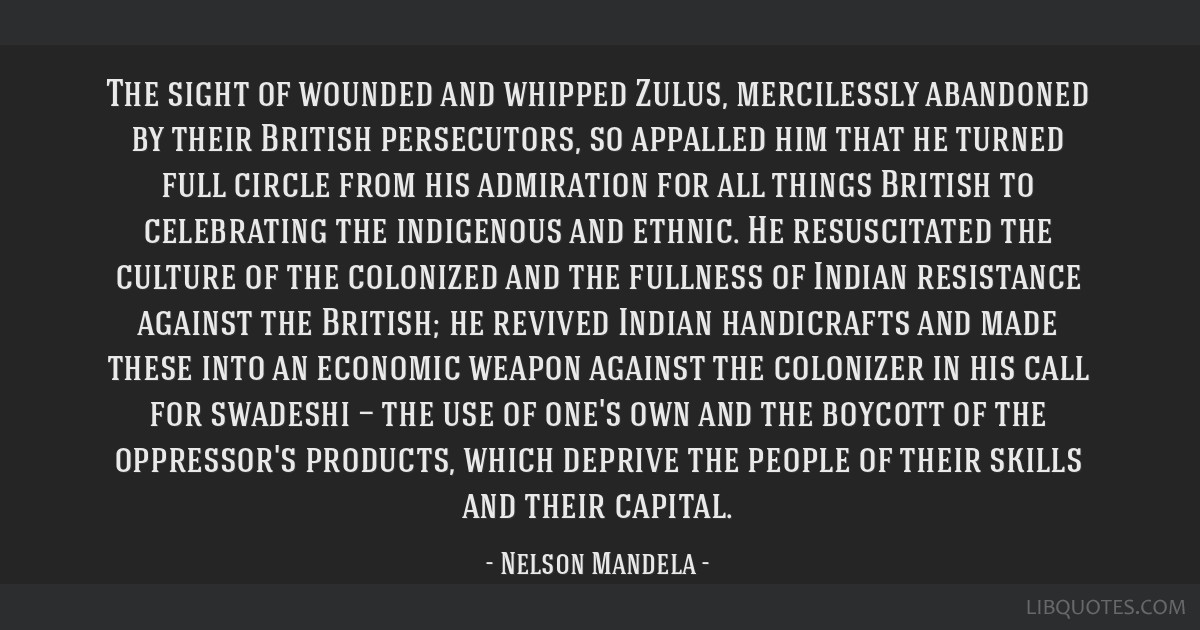 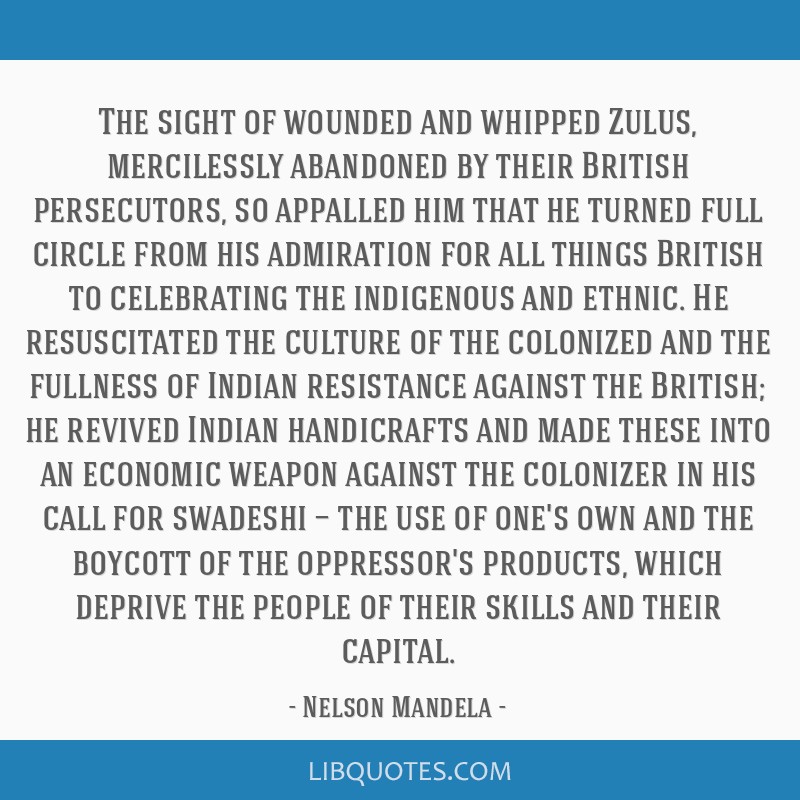 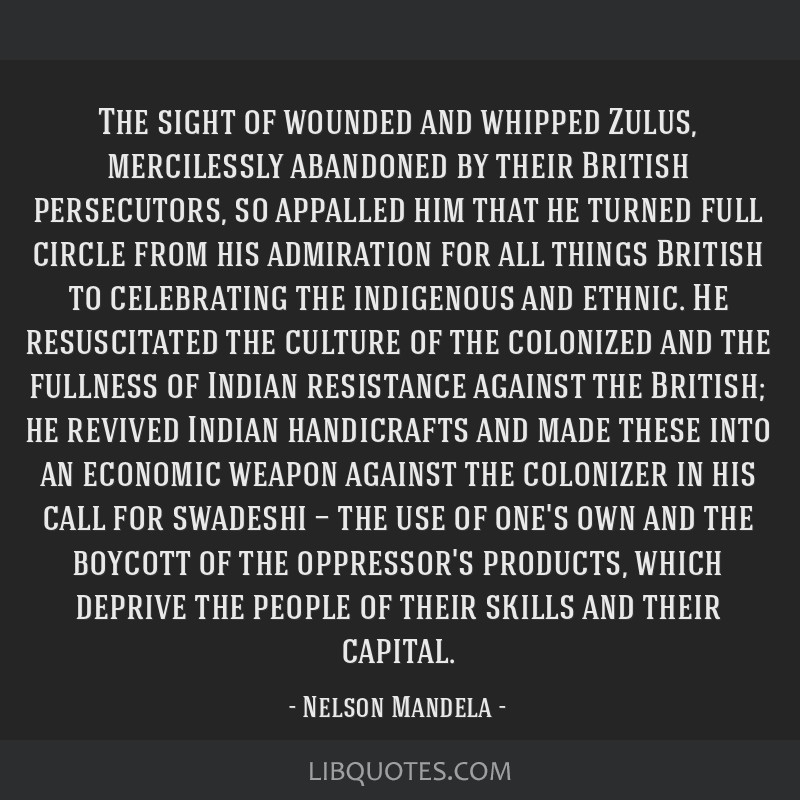