During my testimony (to the House Science and Technology Committee) in May I said, Some question why Americans should return to the Moon. After all, they say we have already been there. I find that mystifying. It would be as if 16th century monarchs proclaimed that we need not go to the New World, we have already been there. Or as if President Thomas Jefferson announced in 1803 that Americans need not go west of the Mississippi, the Lewis and Clark Expedition has already been there. Americans have visited and examined 6 locations on Luna, varying in size from a suburban lot to a small township. That leaves more than 14 million square miles yet to explore. 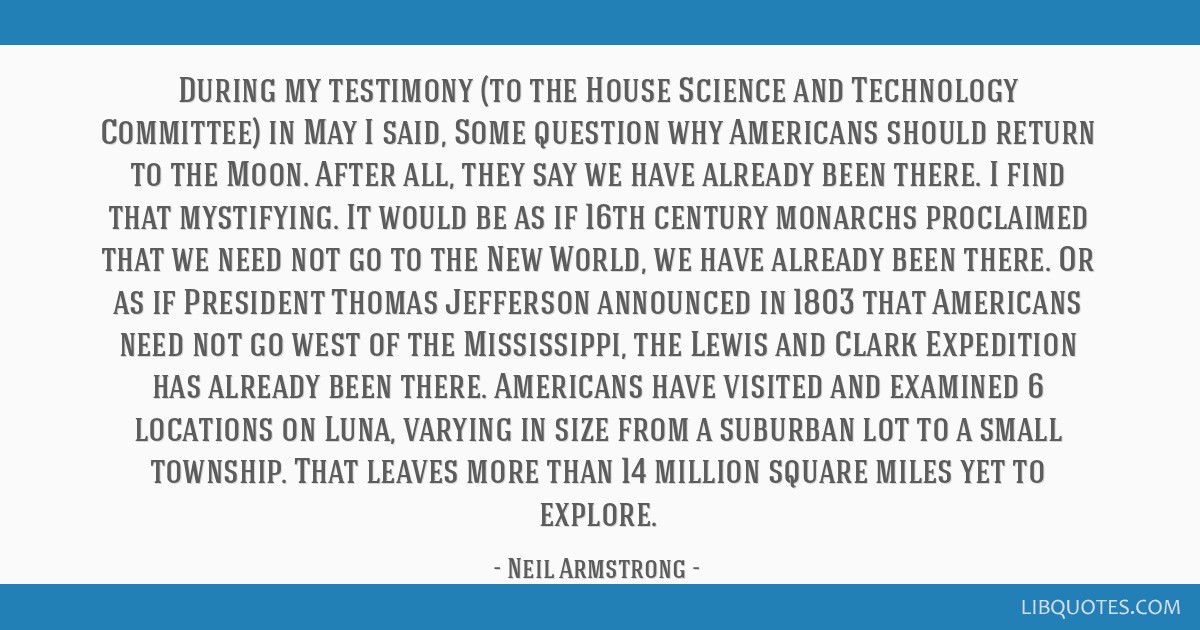 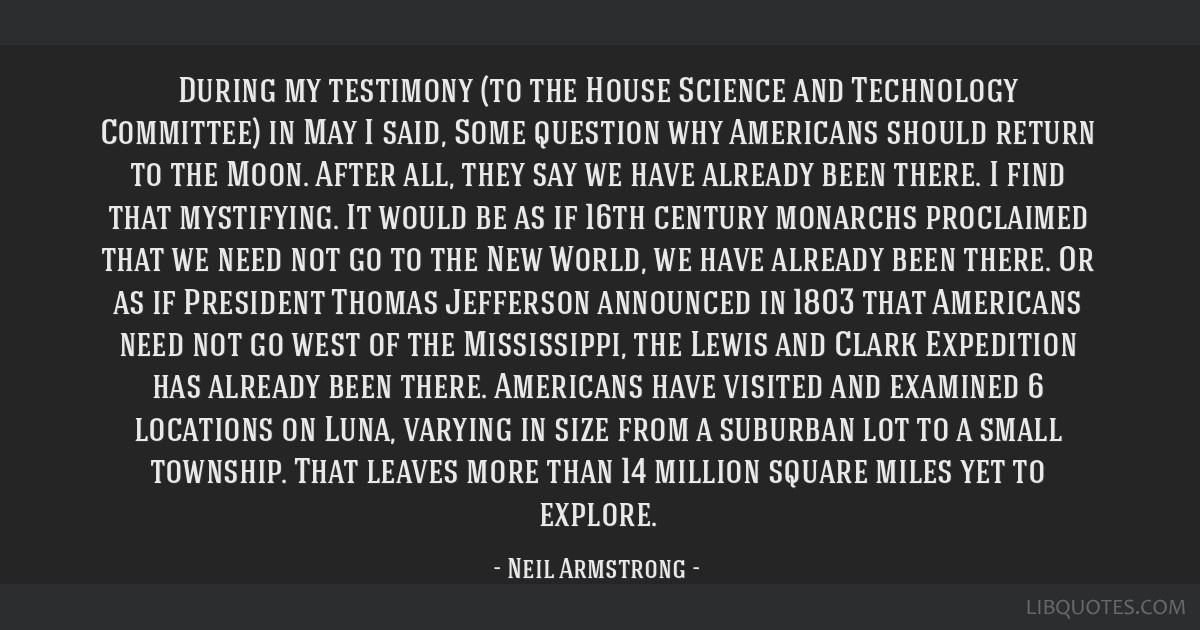 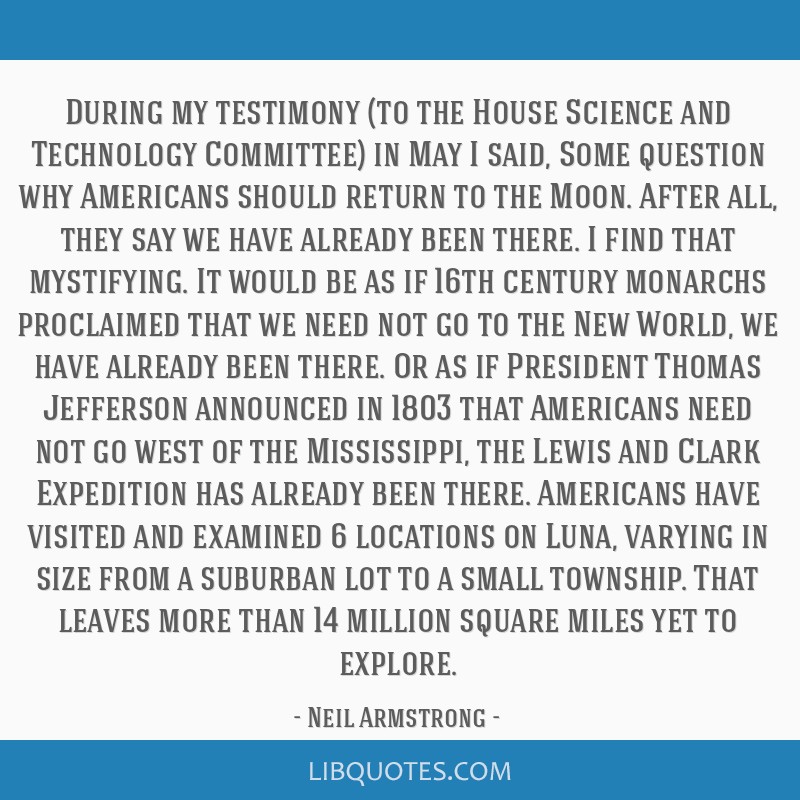 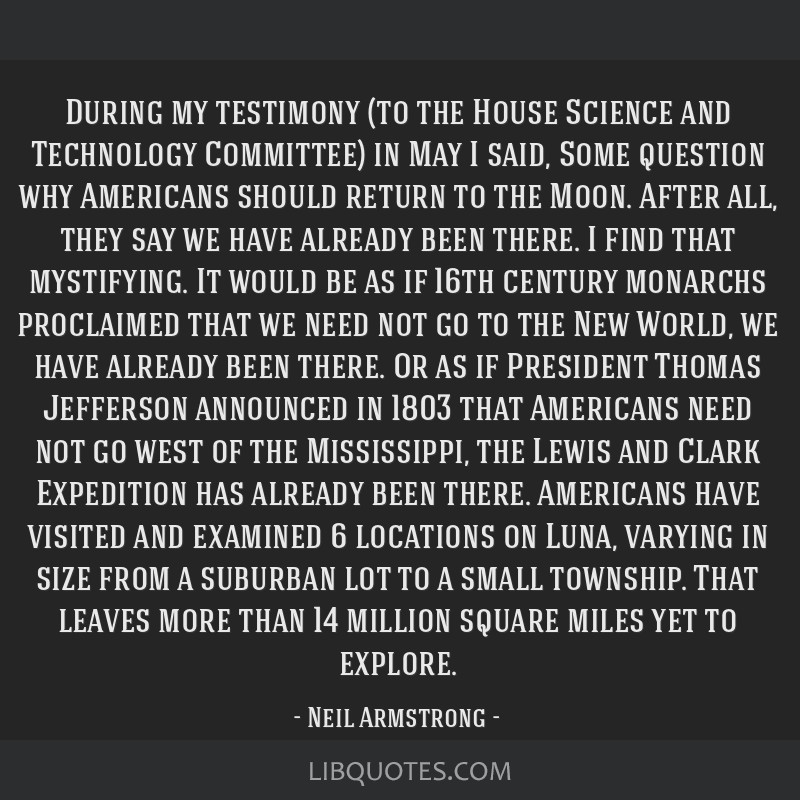