A century hence, 2000 may be viewed as quite a primitive period in human history. It's something to hope for. … I am, and ever will be, a white-socks, pocket-protector, nerdy engineer — born under the second law of thermodynamics, steeped in the steam tables, in love with free-body diagrams, transformed by Laplace, and propelled by compressible flow. As an engineer, I take a substantial amount of pride in the accomplishments of my profession. 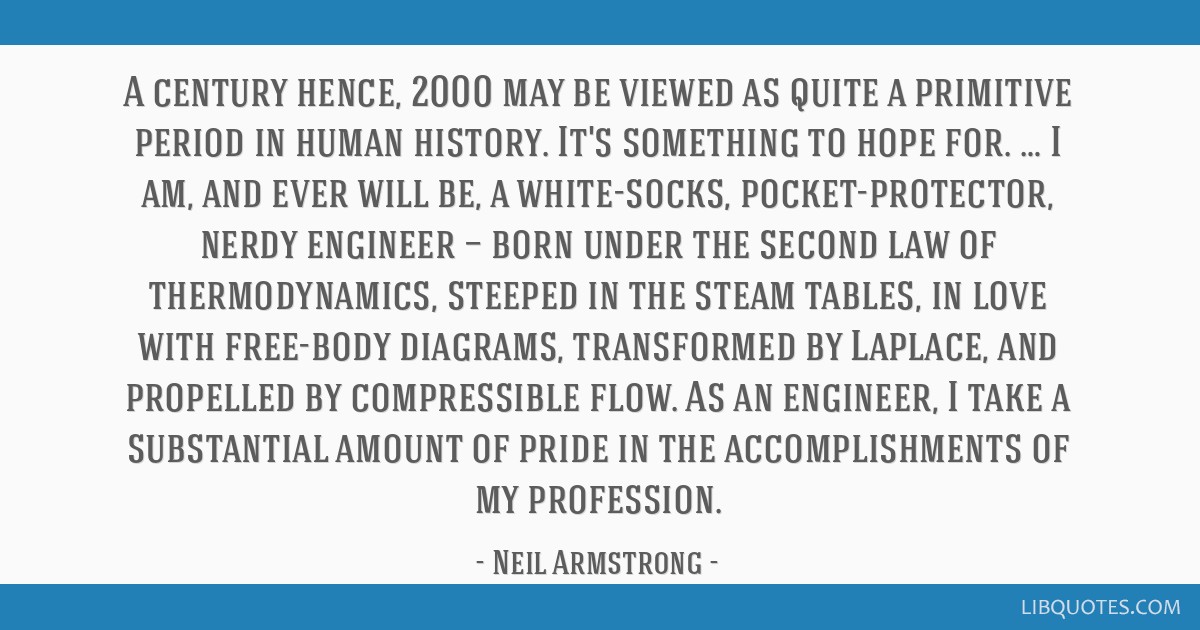 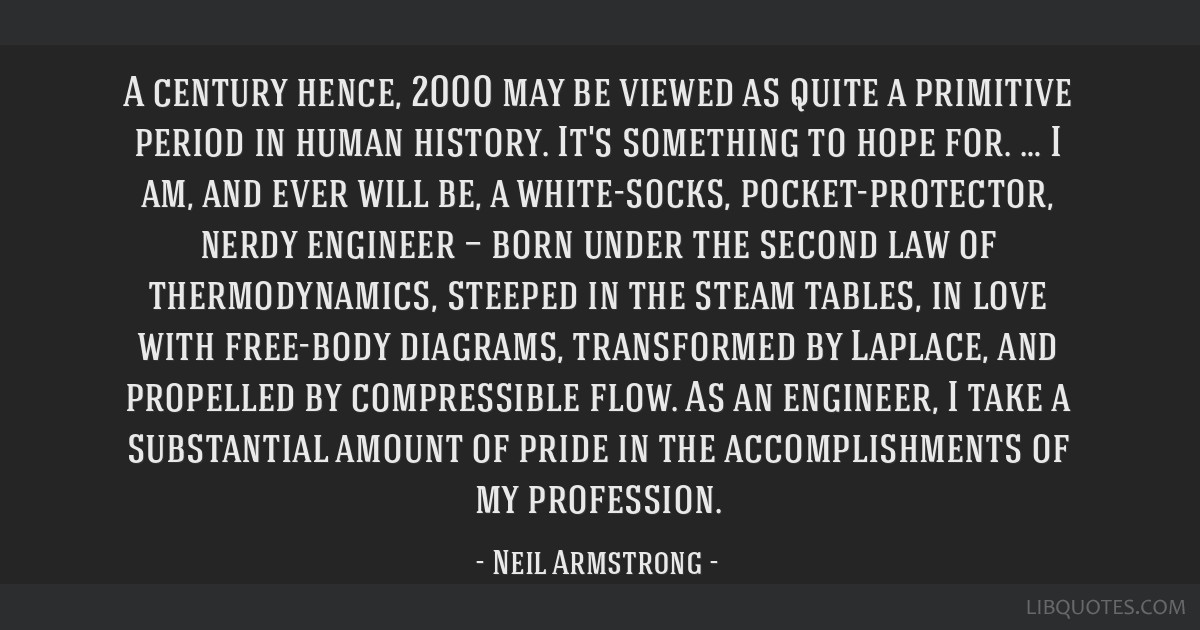 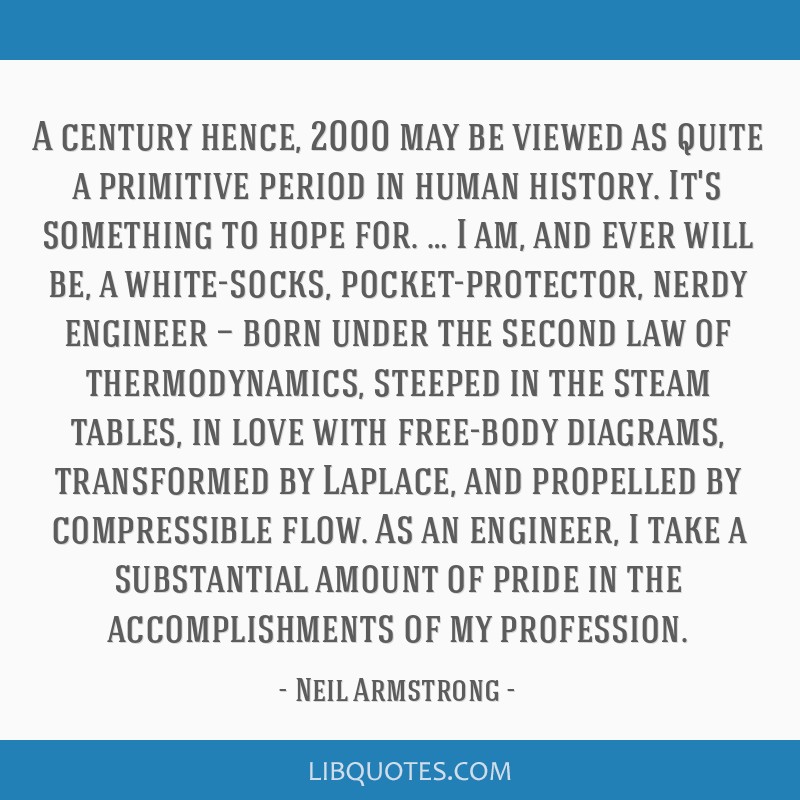 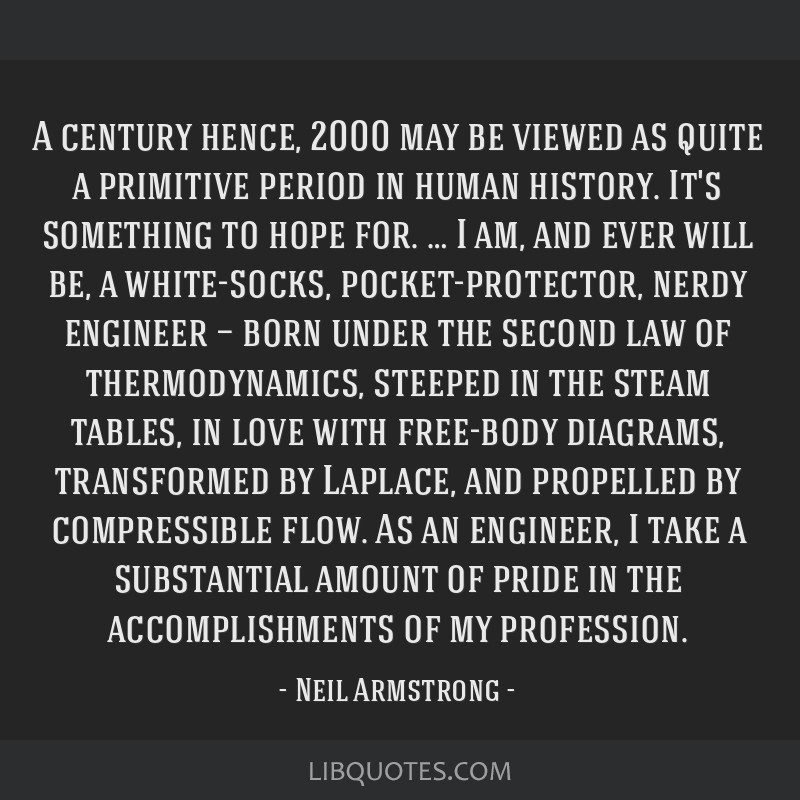