My mother, who disliked me from the bottom of her heart, deliberately did everything, it seemed, that would strengthen and intensify my unbounded passion for freedom and a military life. She wouldn't let me walk in the garden. She wouldn't let me be away from her for even half an hour: I had to sit in her bedroom and make lace. She herself taught me to sew, to knit, and seeing that I had neither the desire nor the ability for this sort of work, that in my hands everything tore or broke, she became angry, lost control of herself, and beat me very painfully on the hands. 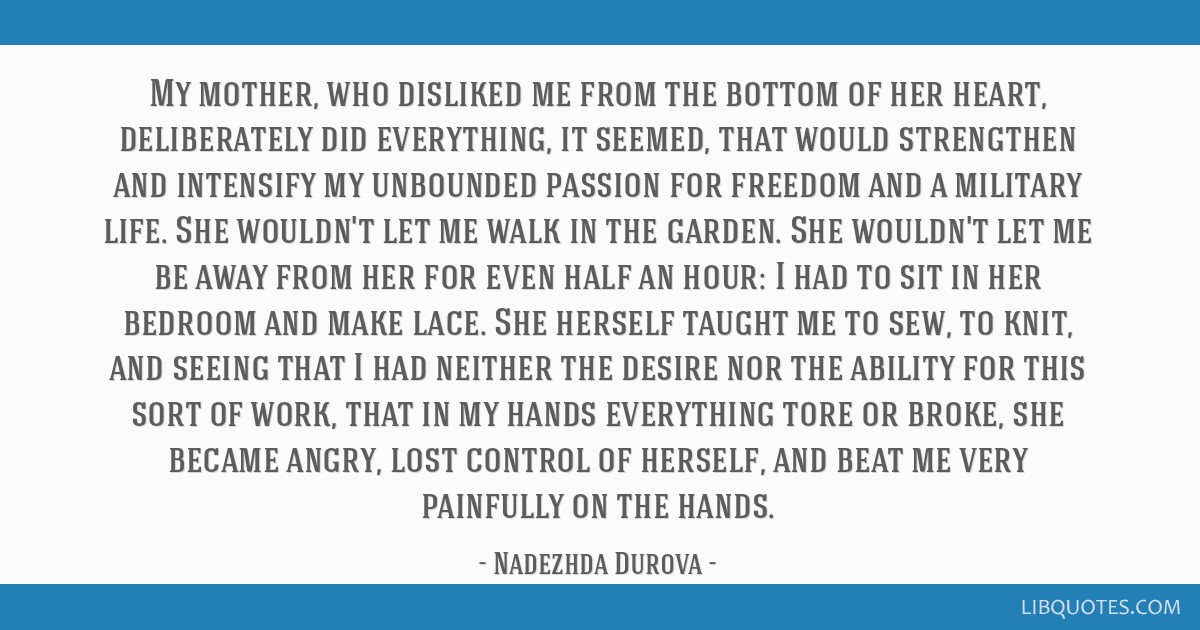 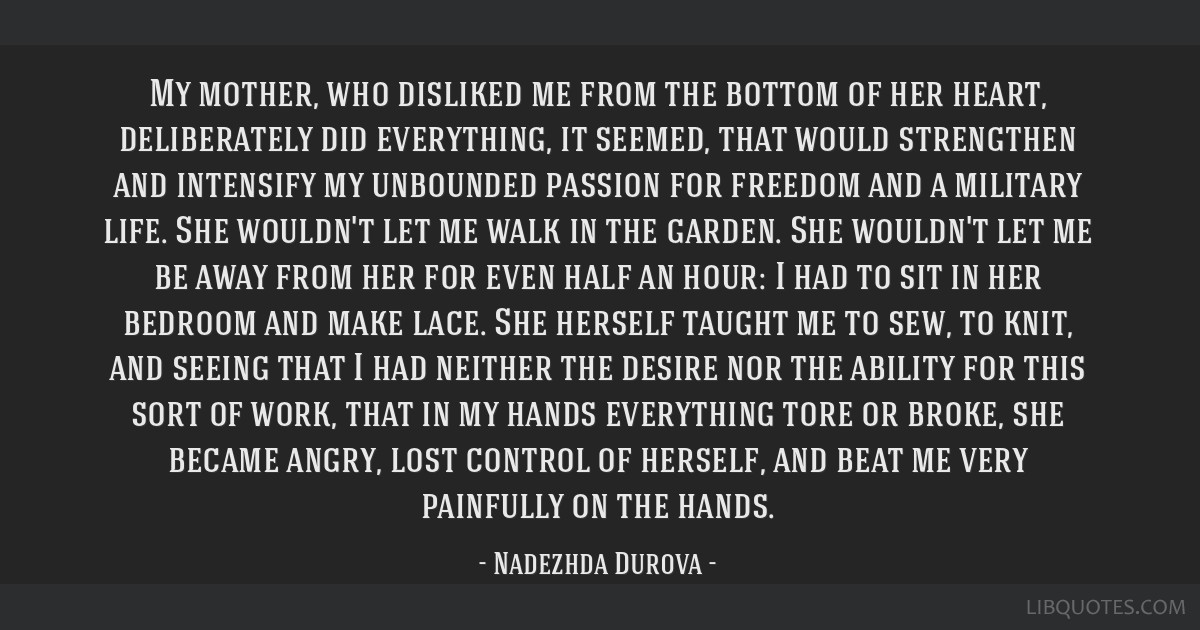 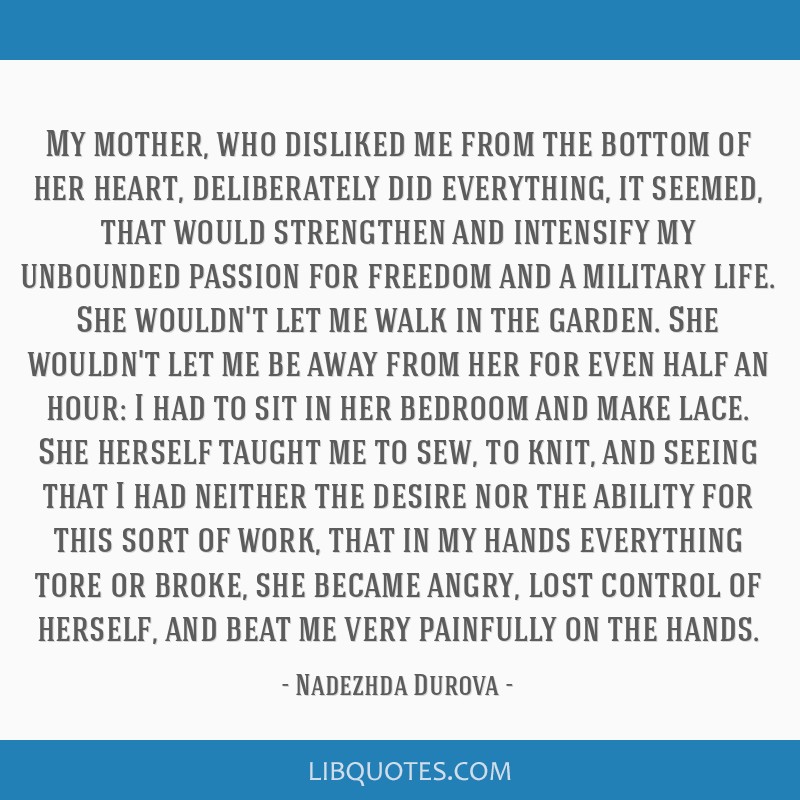 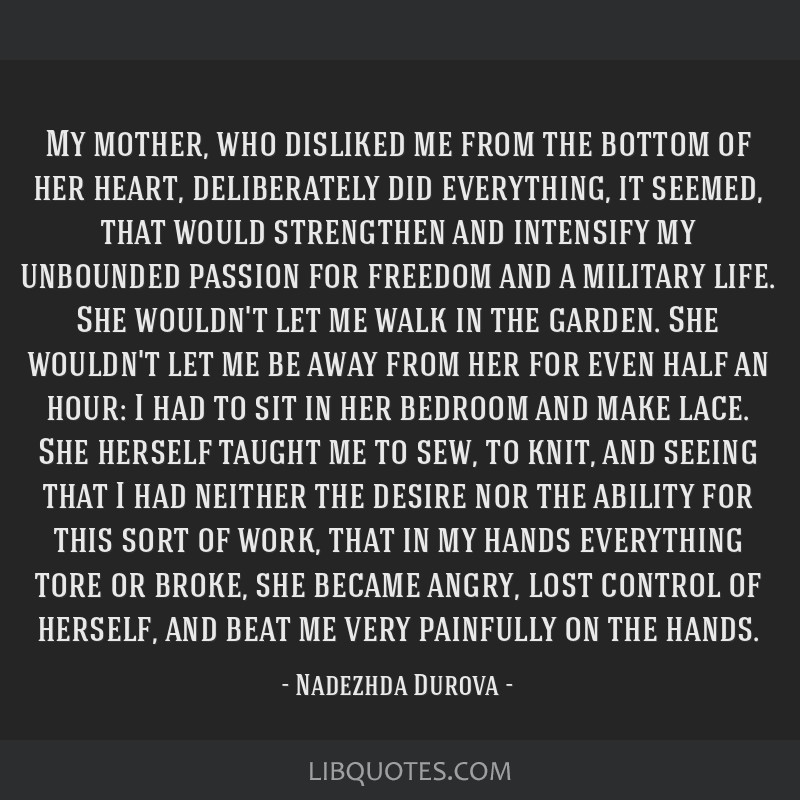 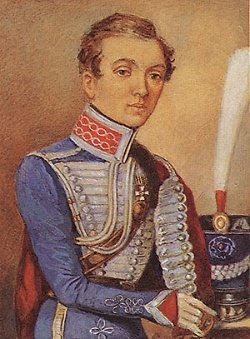