In the Bronx, we had three synagogues on one block at 161st Street. My father was Orthodox and we went to the Sephardi one. Further along was the Conservative, the biggest. In between was the Ashkenazi shul. And guess who was their shabbos goy? Colin Powell! 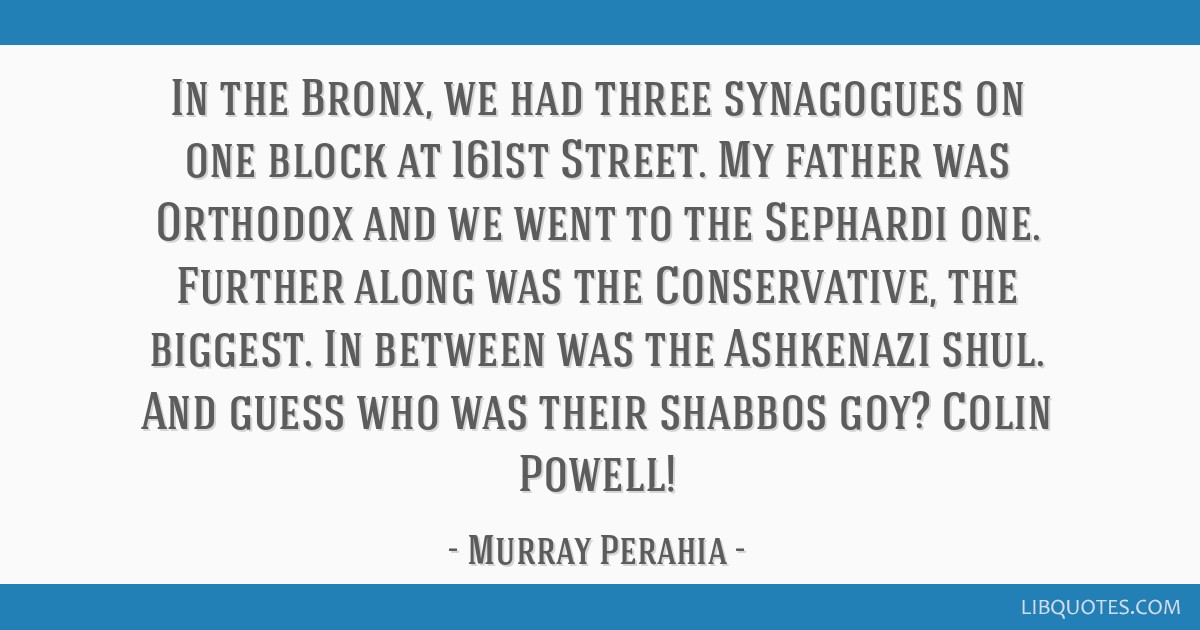 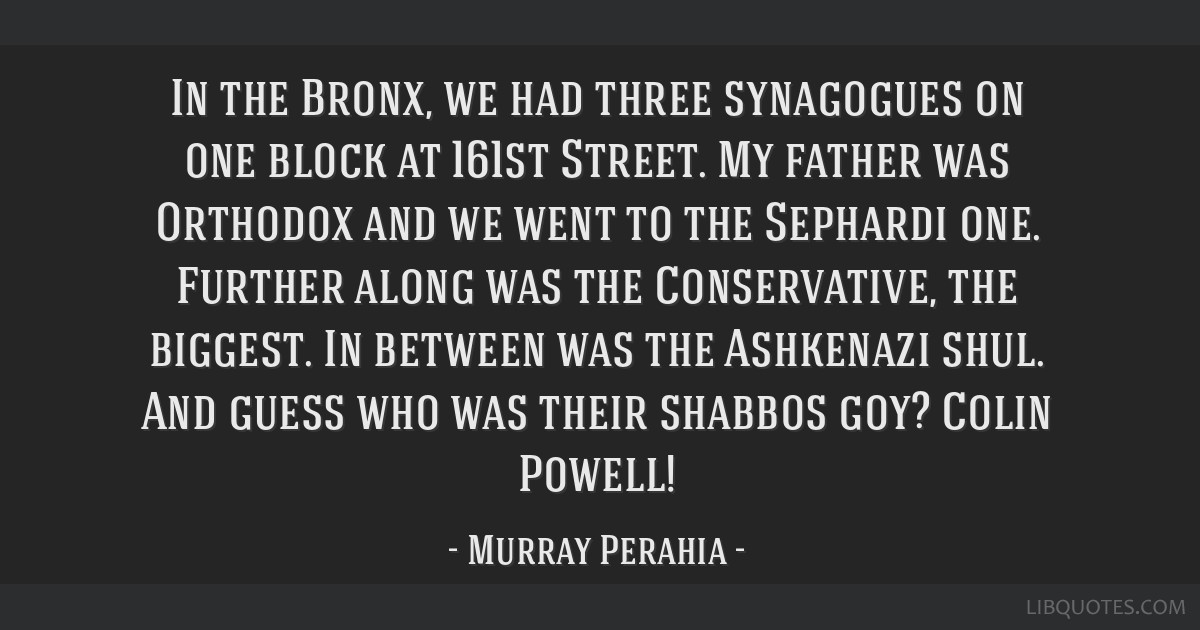 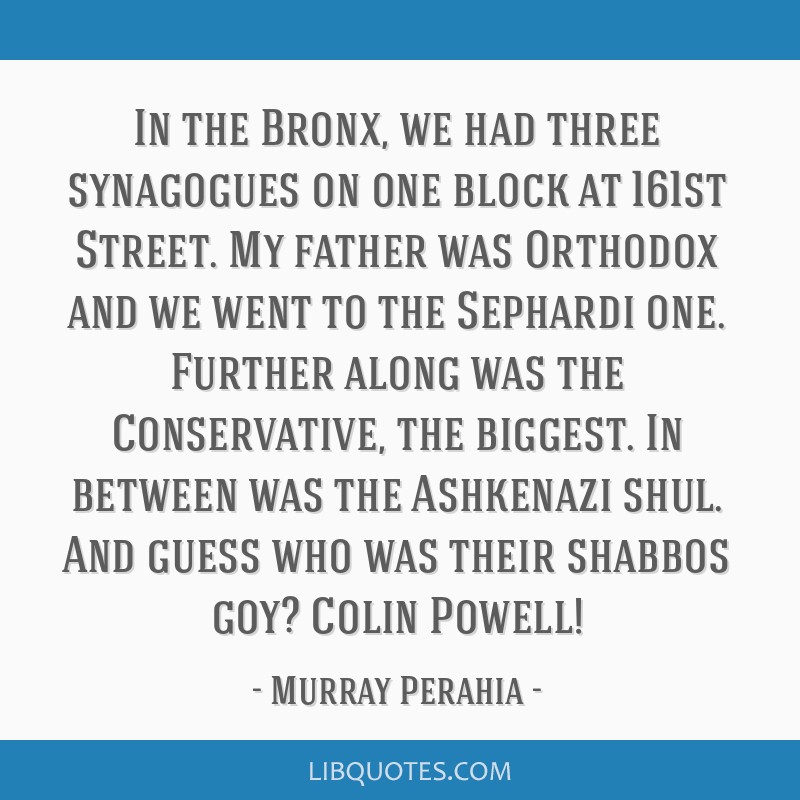 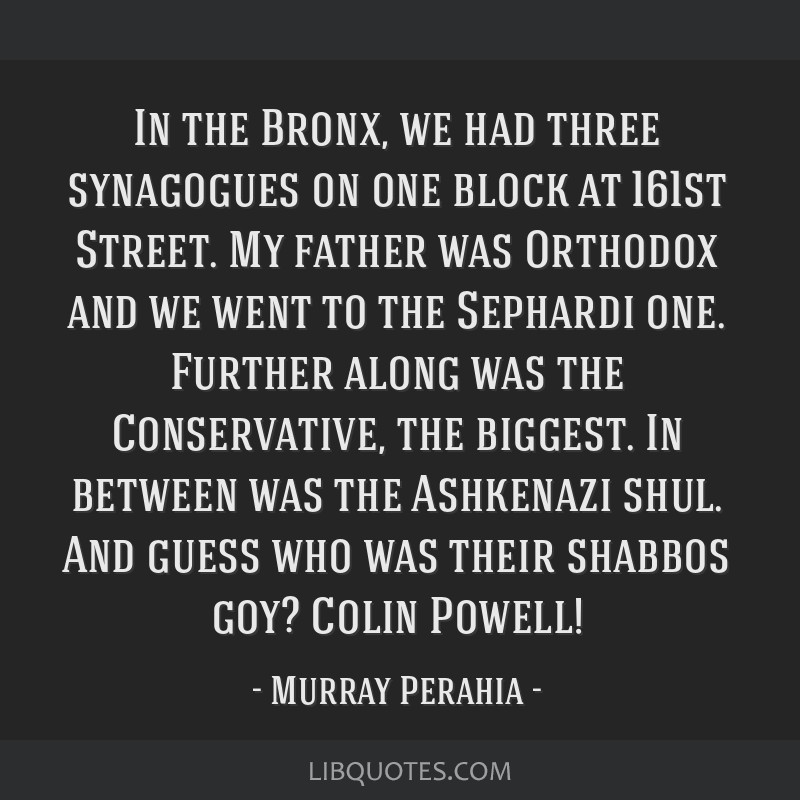 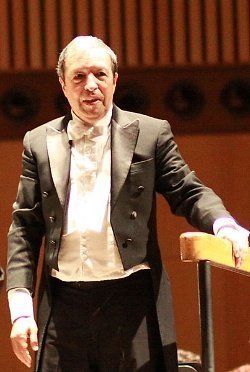