Narrated Abu Huraira: Allah's Apostle said, "Once Solomon, son of David said, '(By Allah) Tonight I will have sexual intercourse with one hundred (or ninety-nine) women each of whom will give birth to a knight who will fight in Allah's Cause.' On that a (i. e. if Allah wills) but he did not say, Allah willing.' Therefore only one of those women conceived and gave birth to a half-man. By Him in Whose Hands Muhammad's life is, if he had said, "Allah willing', (he would have begotten sons) all of whom would have been knights striving in Allah's Cause." 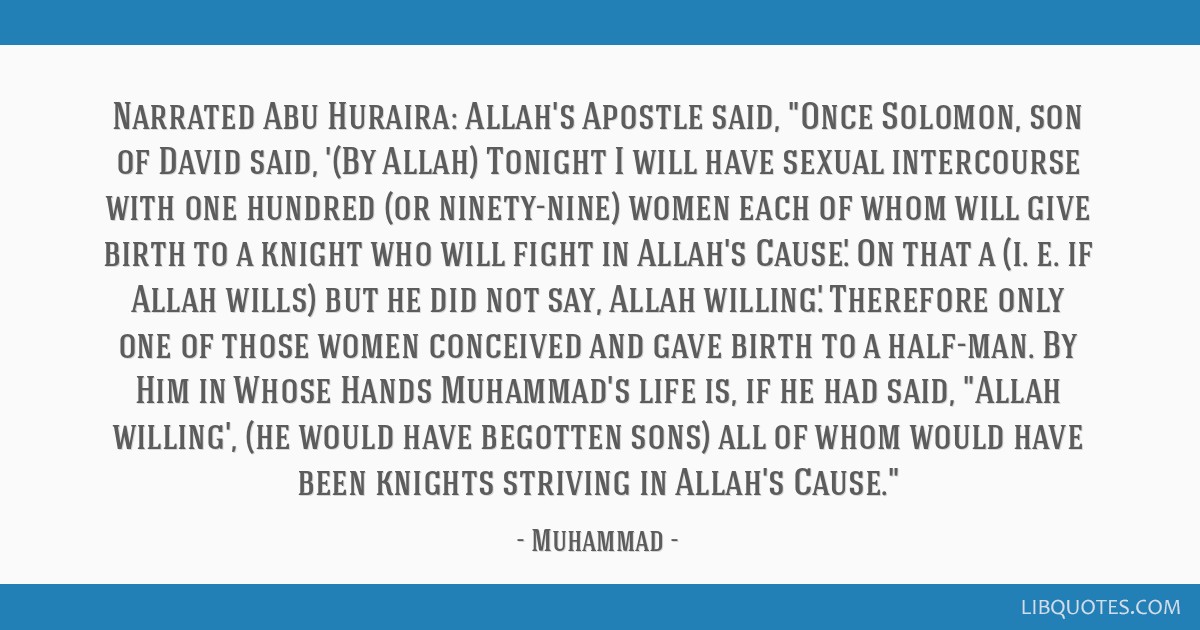 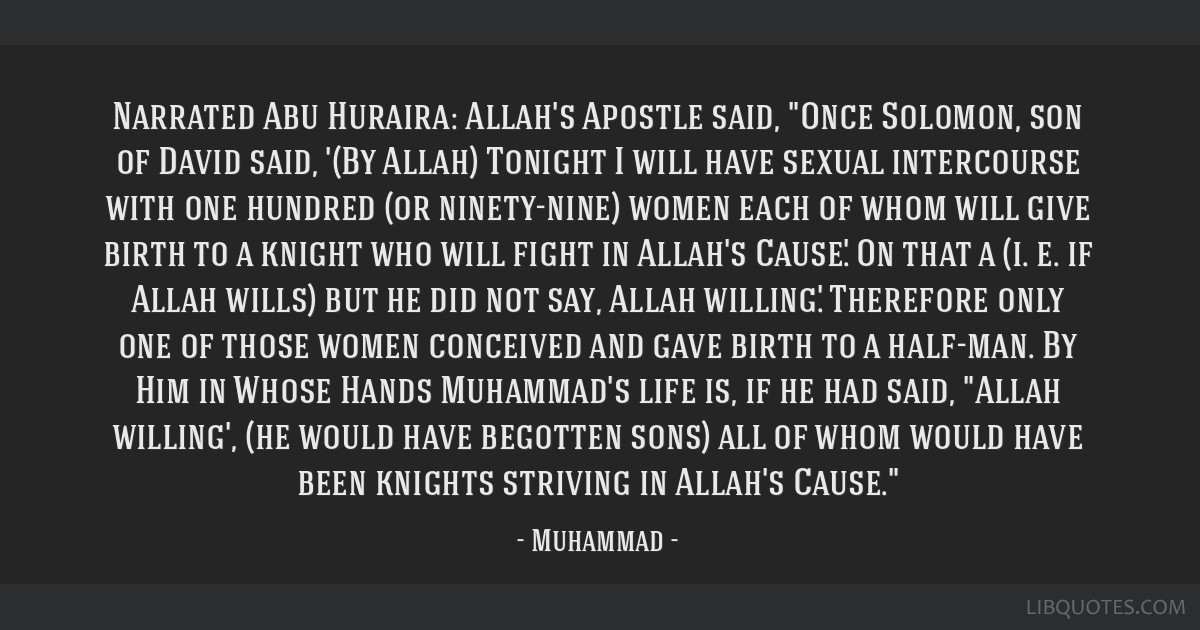 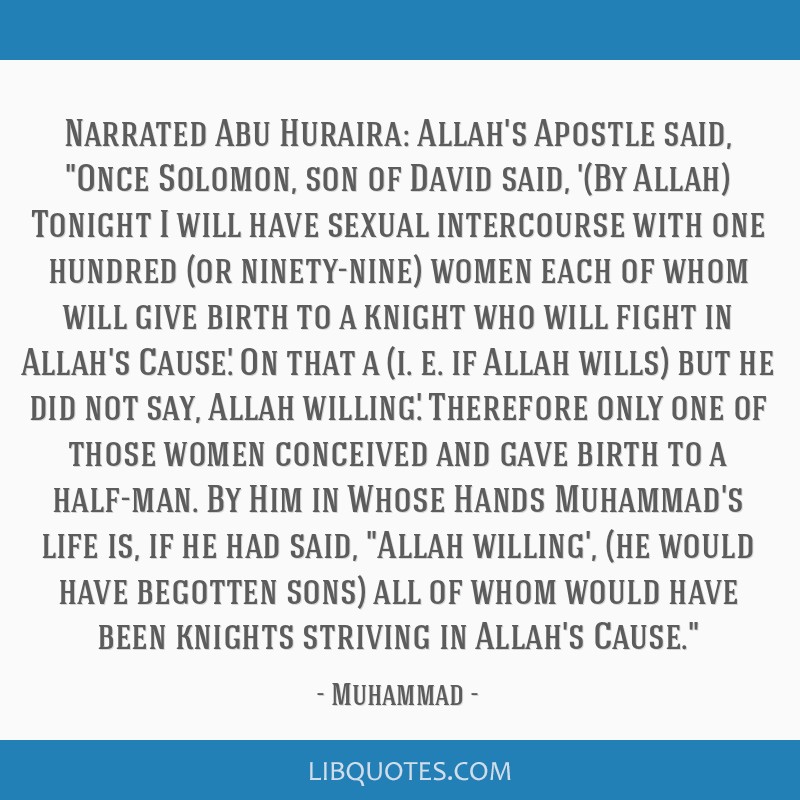 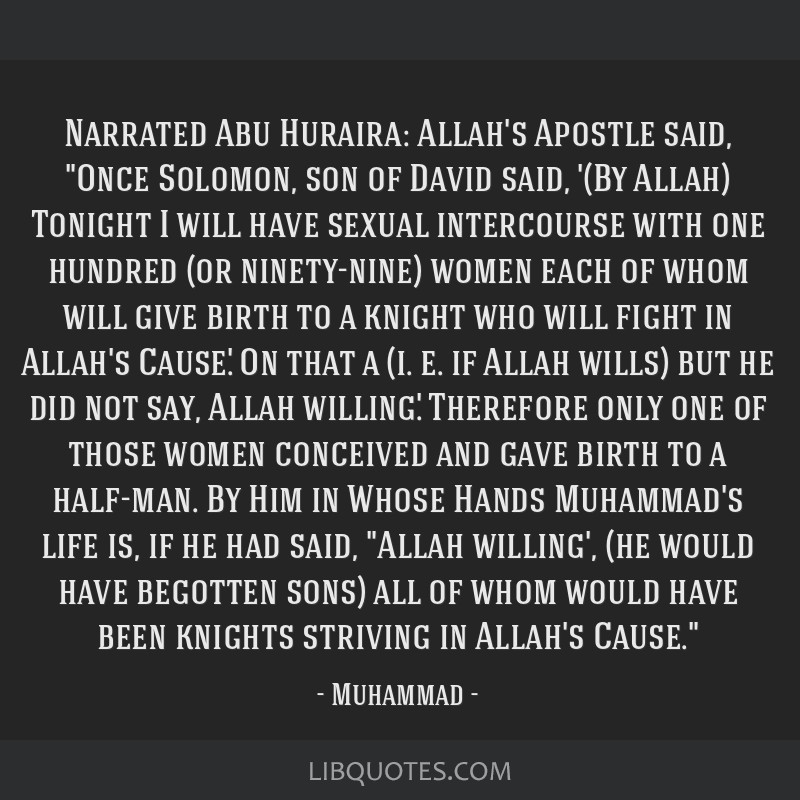