Ibn 'Umar said, "I heard the Messenger of Allah, may Allah bless him and grant him peace, say, "On the Day of Rising, a believer will be brought near his Lord until His mercy descends on him and He will ask him to acknowledge his sins and say, 'Do you confess to such-and-such a sin? Do you confess to such-and-such a sin?' He will say, 'Lord, I confess.' He will say, 'I veiled it for you in the world and I forgive you for it today,' and he will be given the page of his good actions." 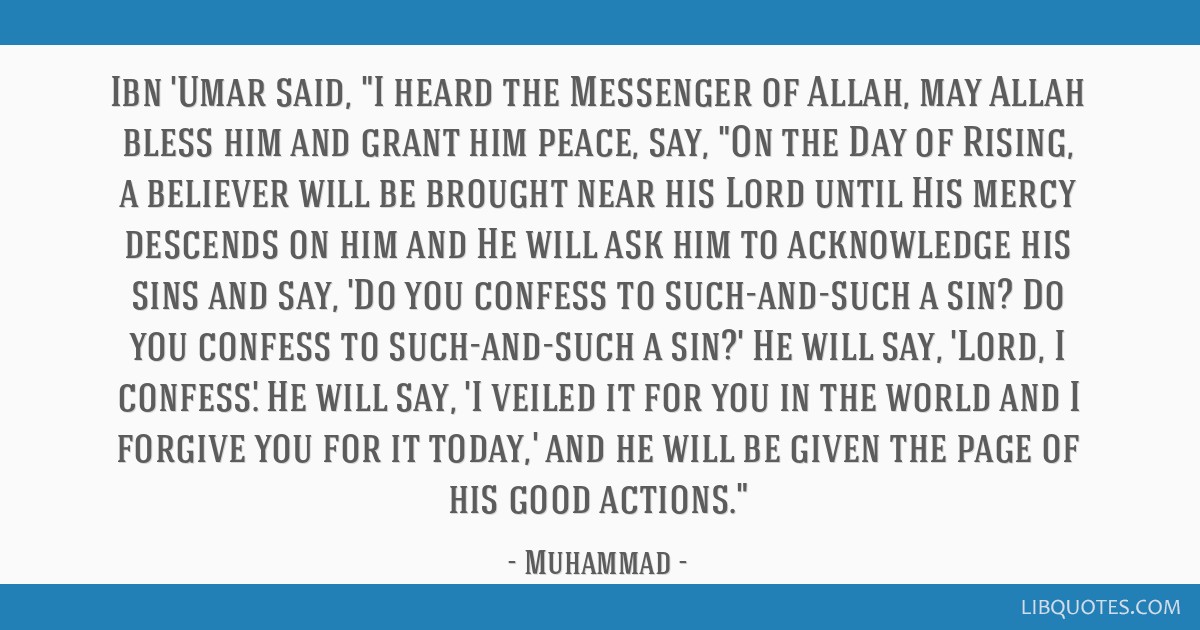 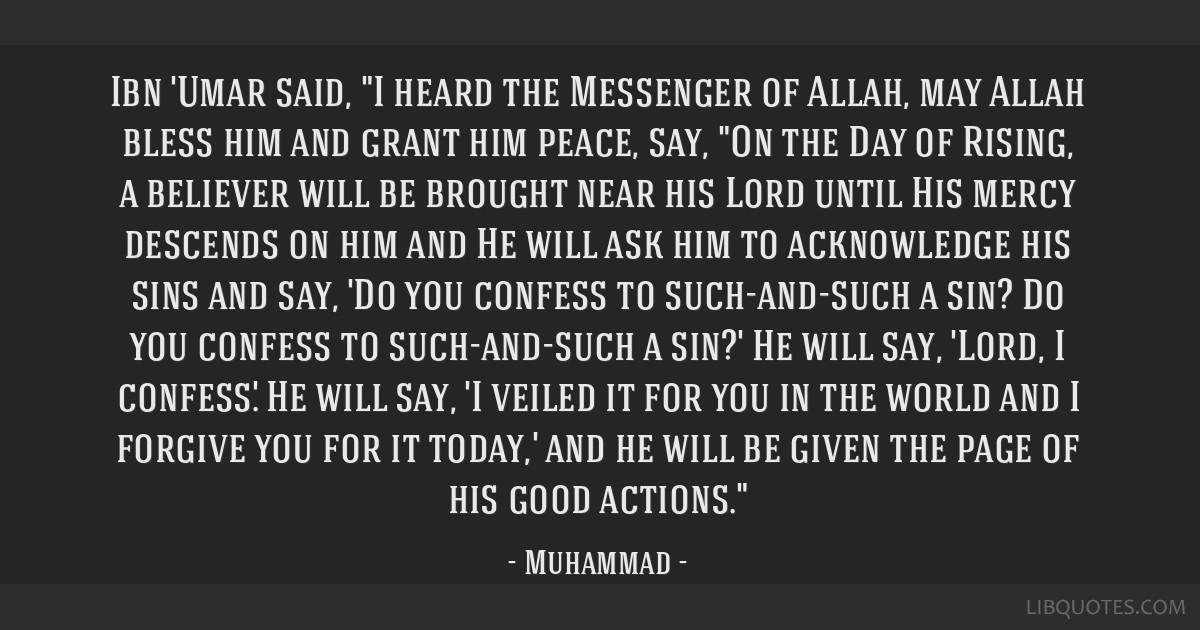 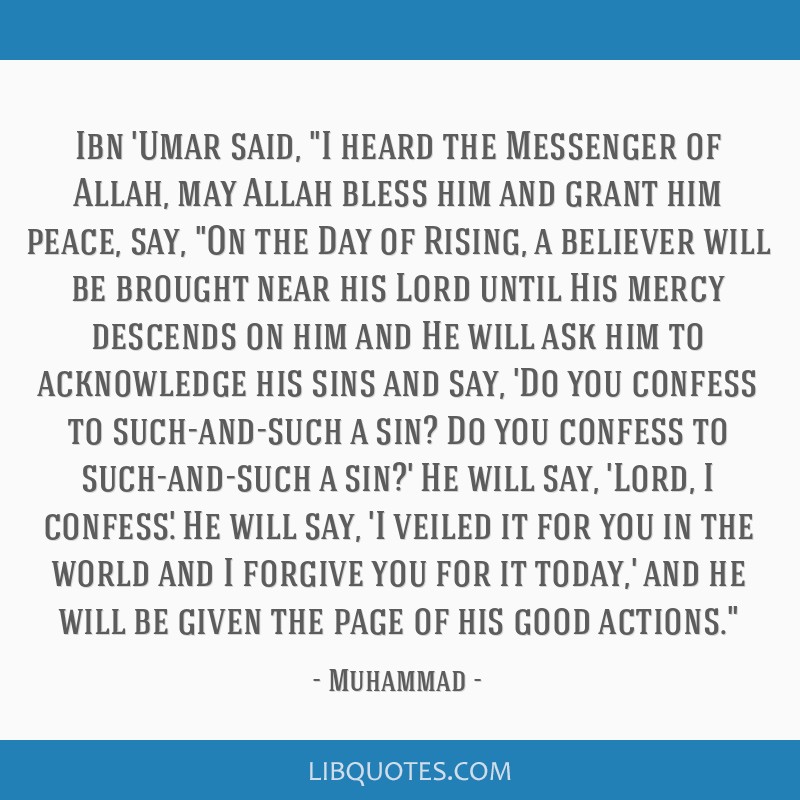 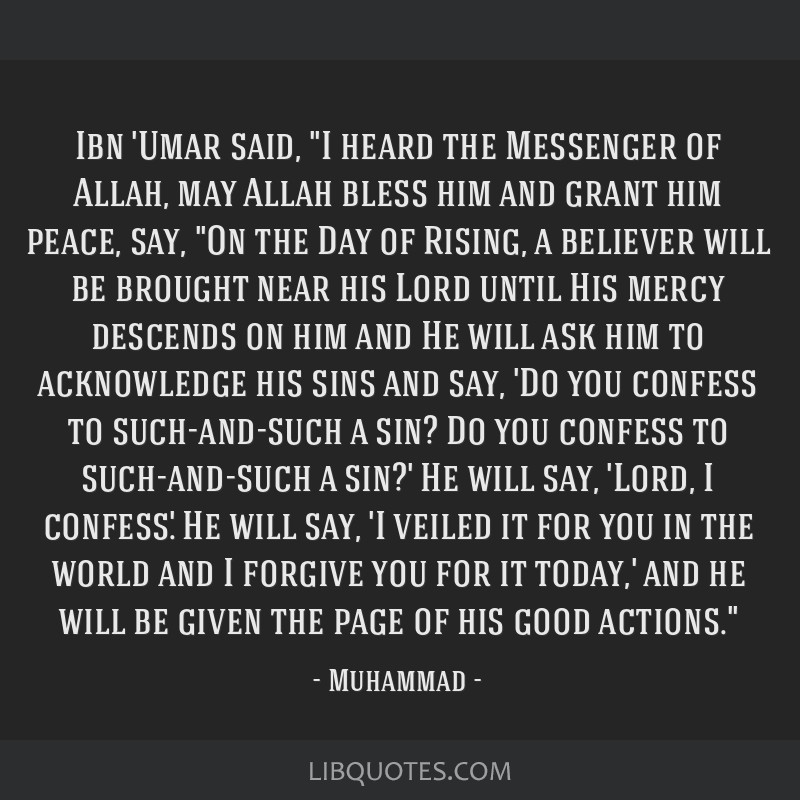