Allah's Apostle said, "Say Amen' when the Imam says "Ghair-il-maghdubi 'alaihim wala-ddal-lin; not the path of those who earn Your Anger (such as Jews) nor of those who go astray (such as Christians); all the past sins of the person whose saying (of Amin) coincides with that of the angels, will be forgiven. 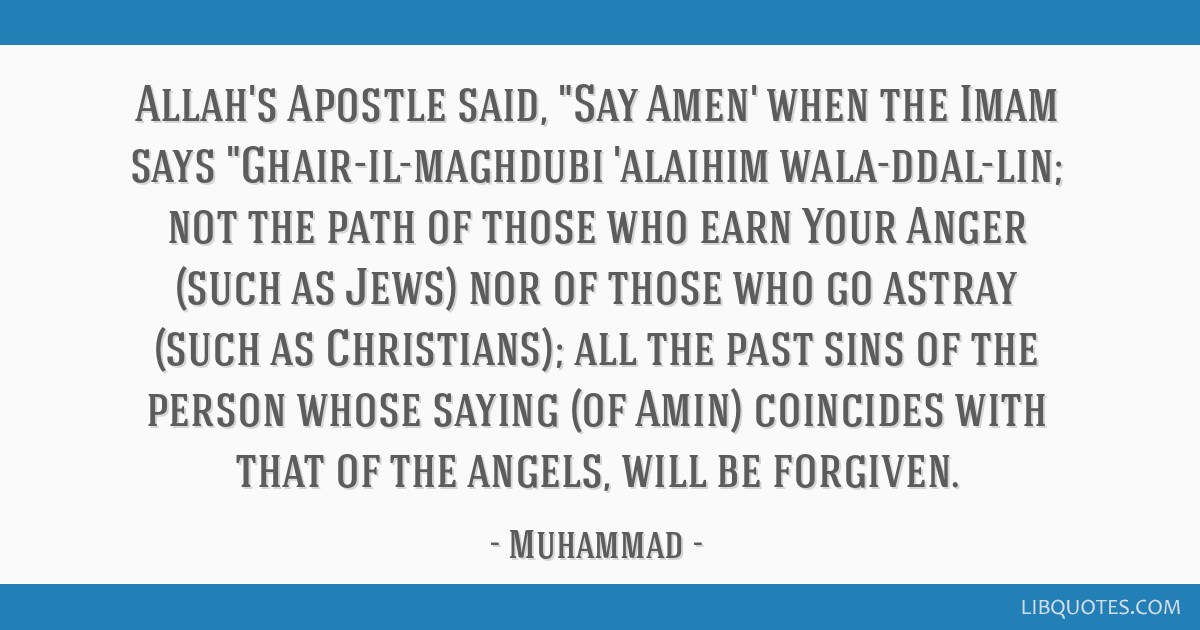 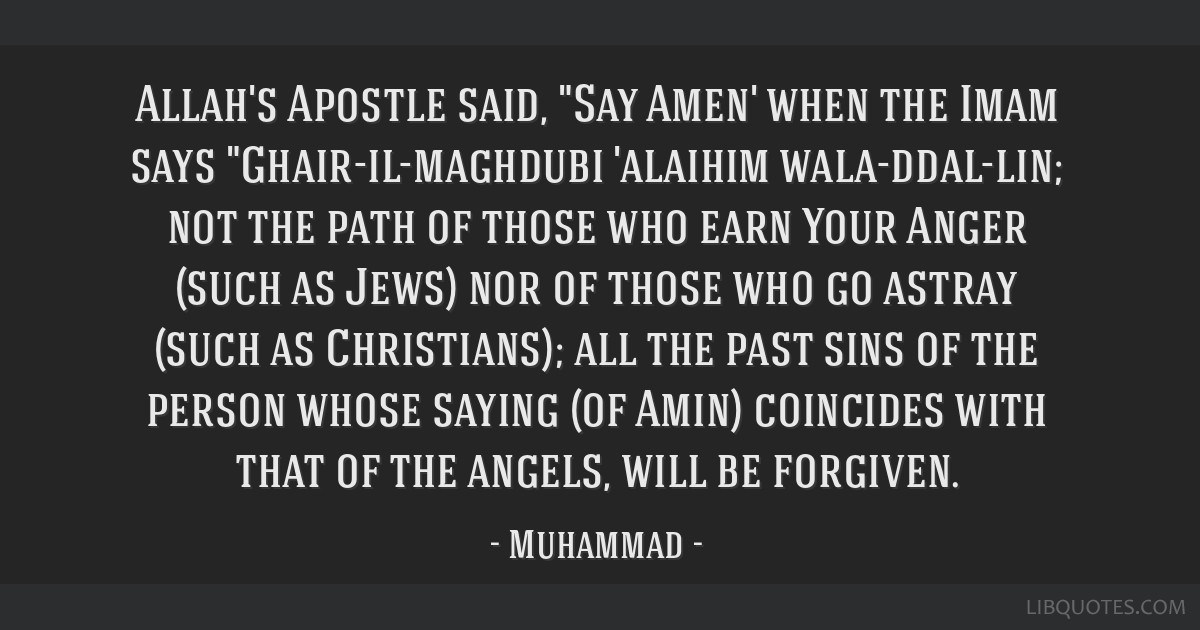 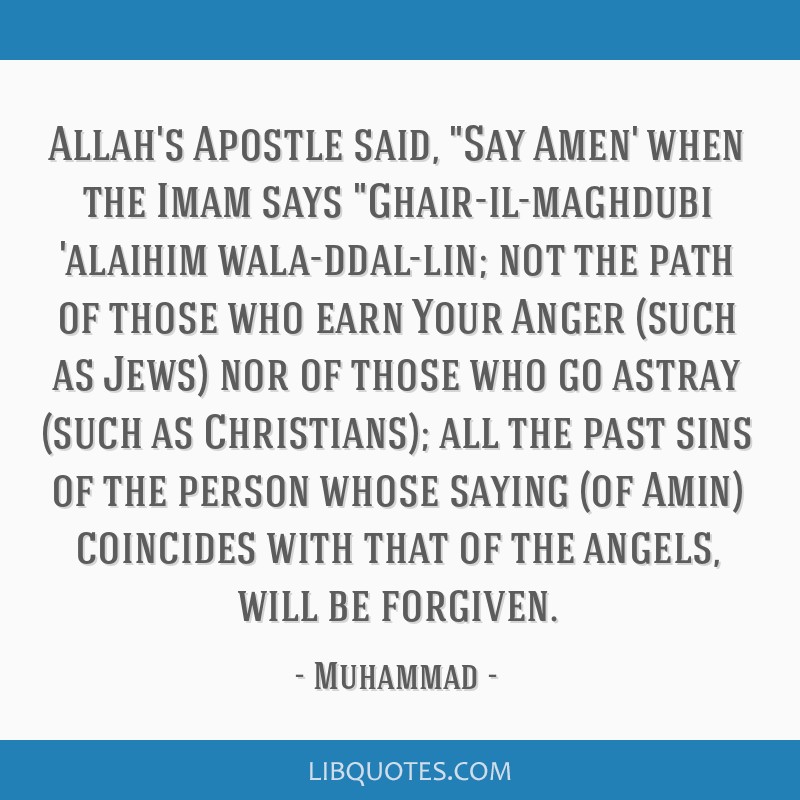 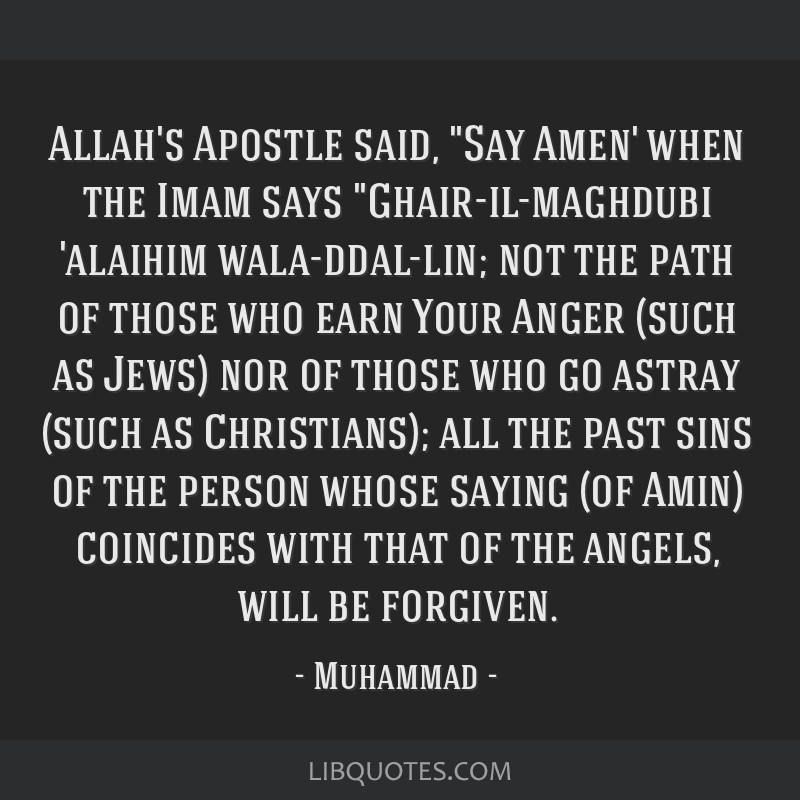