Abu 'Abdullah 'Amr ibn al-'As reported that the Messenger of Allah, may Allah bless him and grant him peace, said, "One of the major wrong actions is for a man to abuse his parents." They asked, "O Messenger of Allah, is it possible for a man to abuse his parents?" He replied, "Yes. He may curse another man's father who in turn curses his father, and curse his mother and he in turn curses his mother." 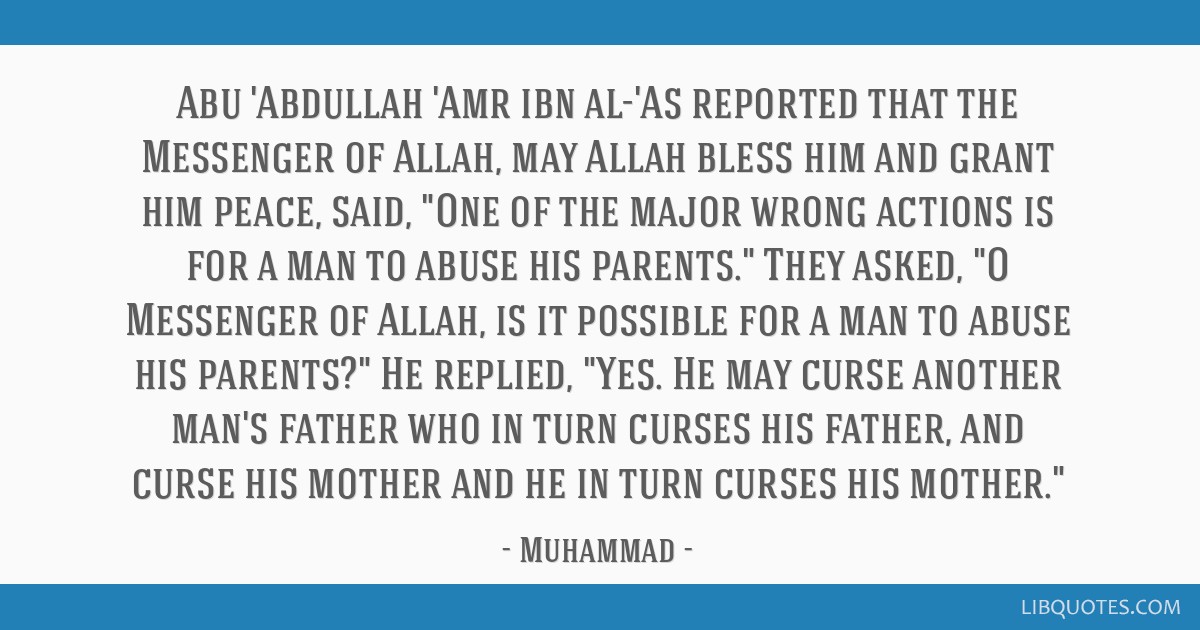 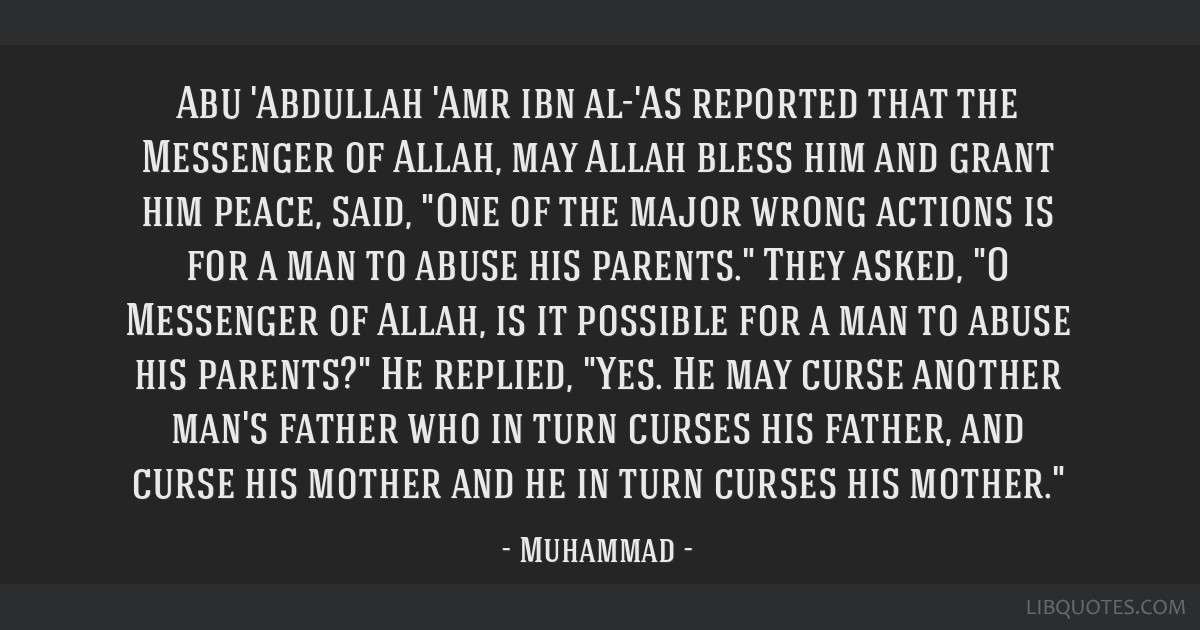 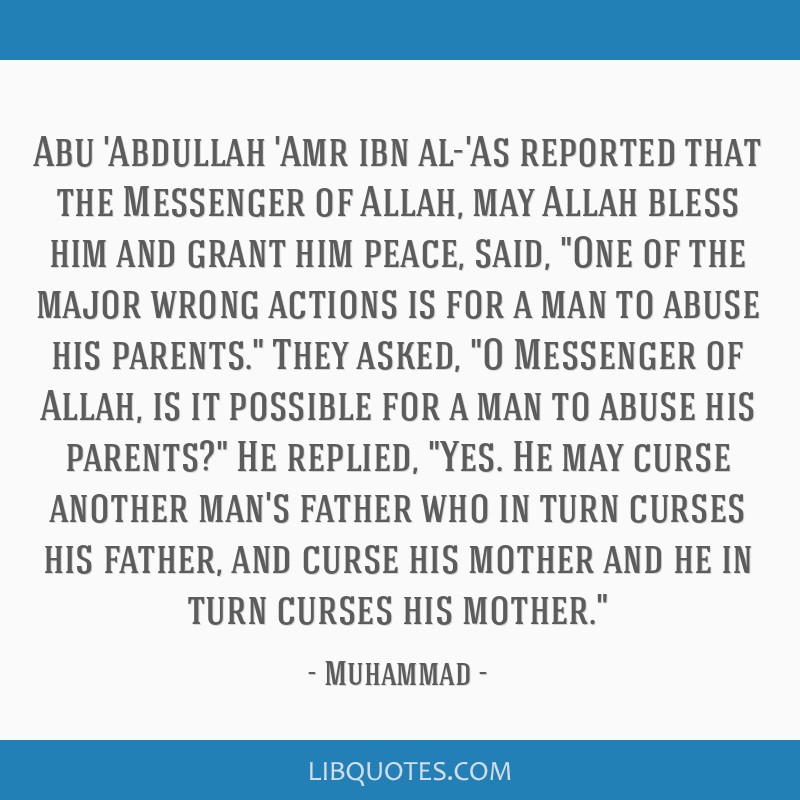 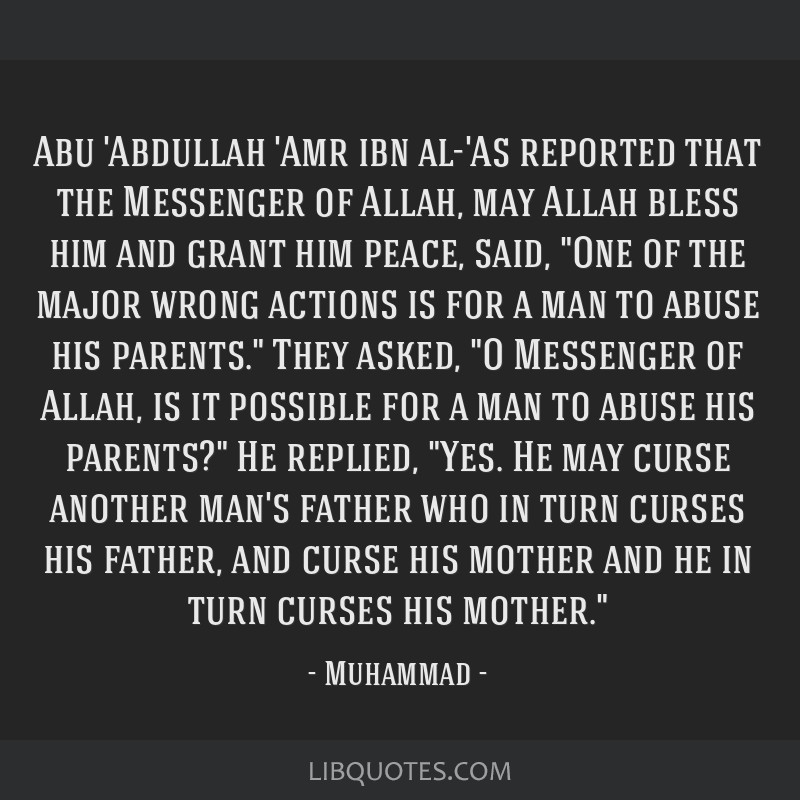