Narrated Anas bin Malik: The Prophet said, "Nobody who enters Paradise likes to go back to the world even if he got everything on the earth, except a Mujahid who wishes to return to the world so that he may be martyred ten times because of the dignity he receives (from Allah)." Narrated Al-Mughira bin Shu'ba: Our Prophet told us about the message of our Lord that "Whoever amongst us is killed will go to Paradise." Umar asked the Prophet, "Is it not true that our men who are killed will go to Paradise and their's (i. e. those of the Pagan's) will go to the (Hell) fire?" The Prophet said, "Yes." 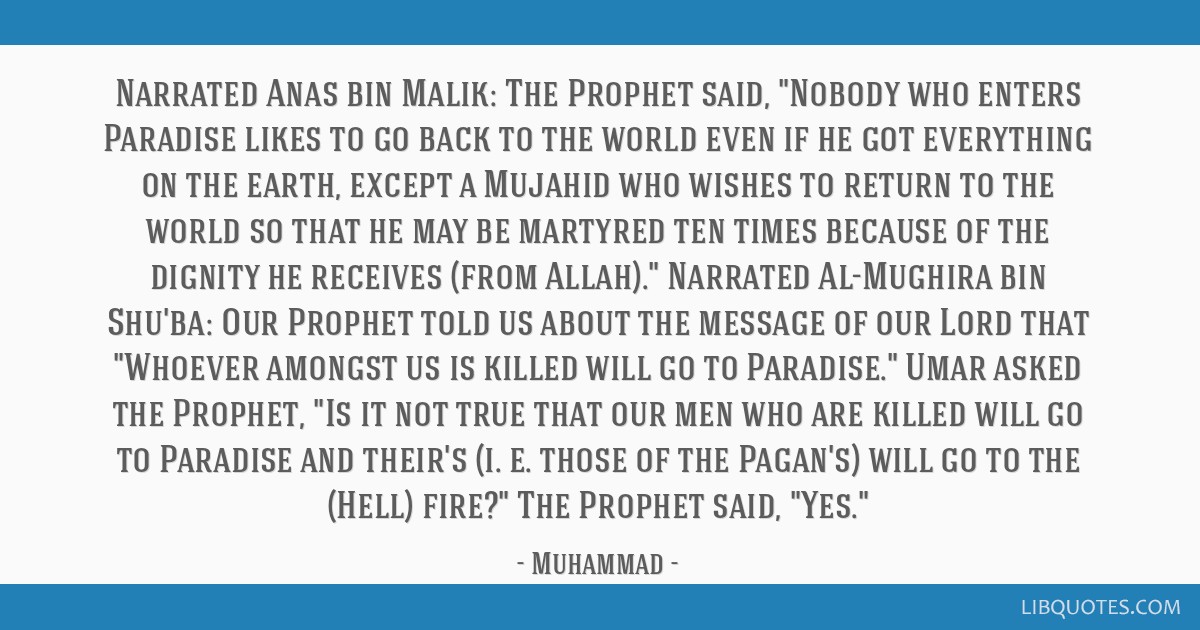 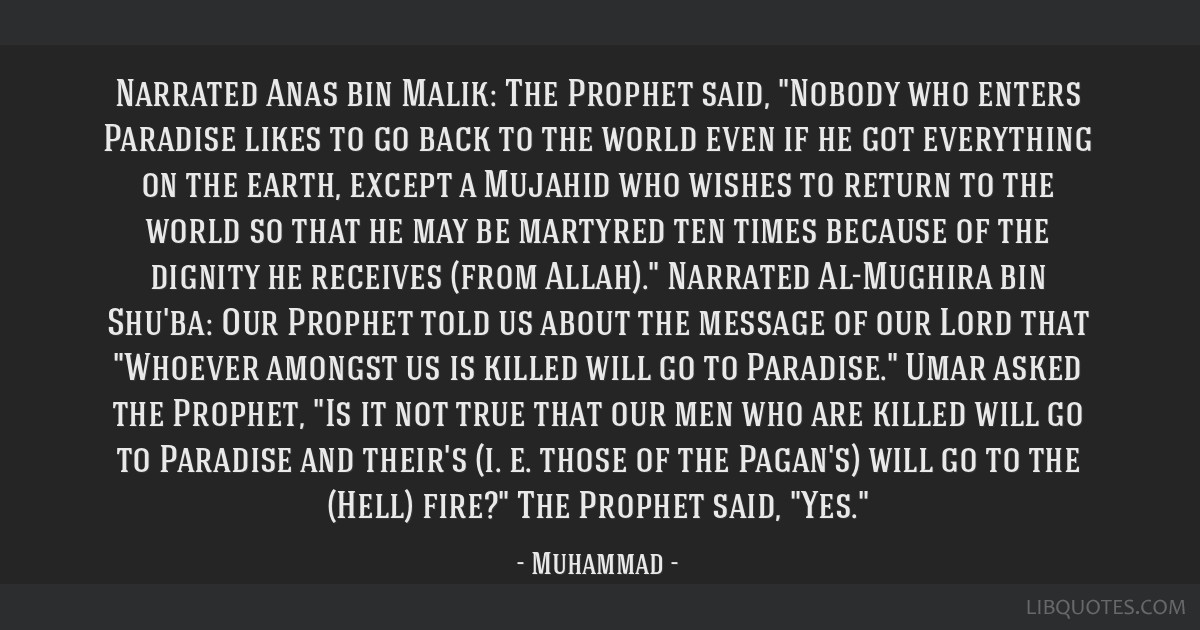 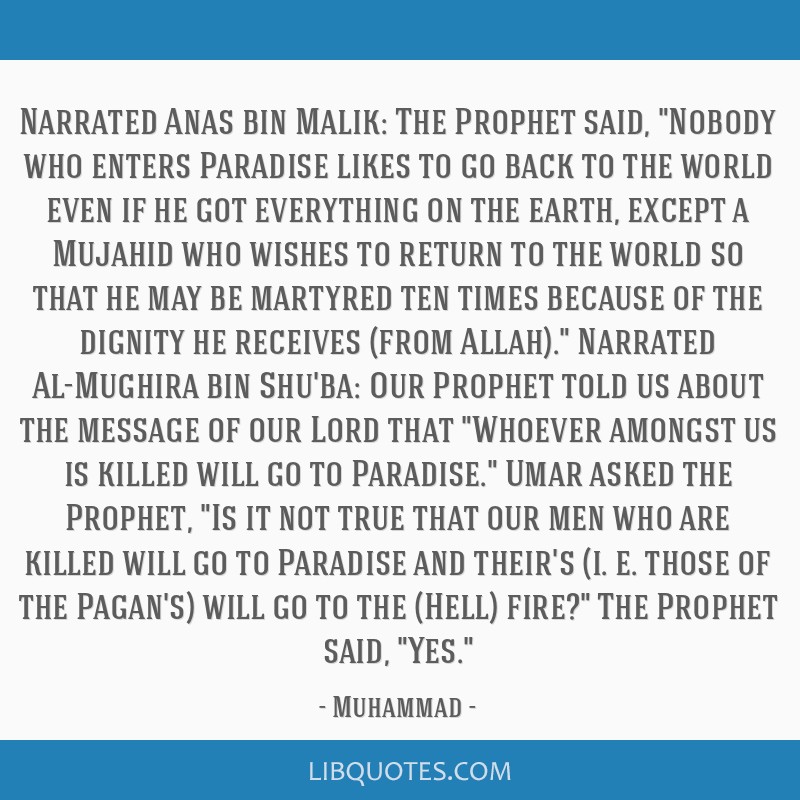 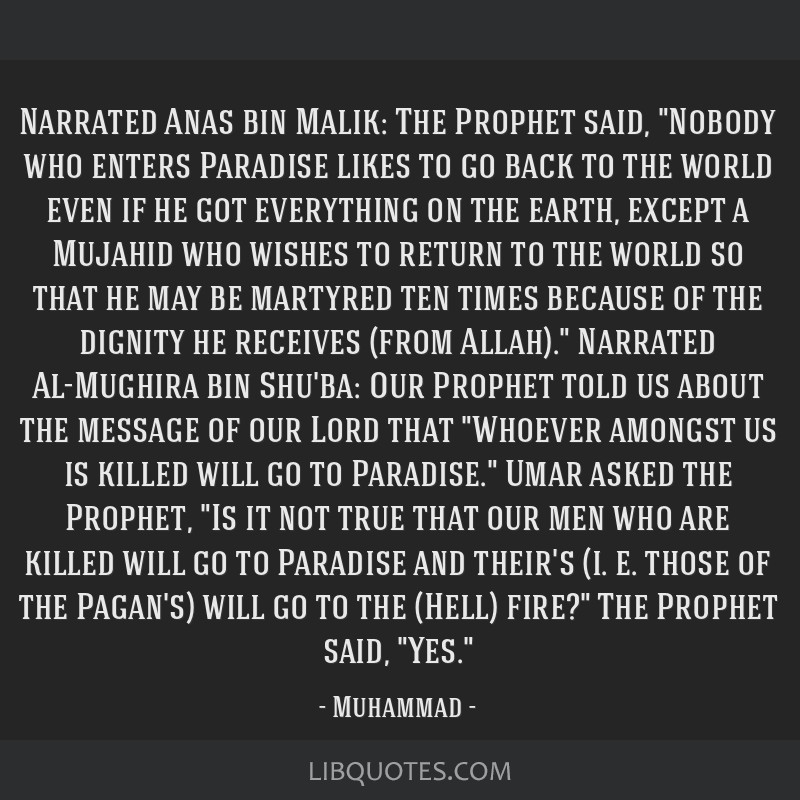