Allah's Apostle said, "I have been sent with the shortest expressions bearing the widest meanings, and I have been made victorious with terror (cast in the hearts of the enemy), and while I was sleeping, the keys of the treasures of the world were brought to me and put in my hand." Abu Huraira added: Allah's Apostle has left the world and now you, people, are bringing out those treasures (i. e. the Prophet did not benefit by them). 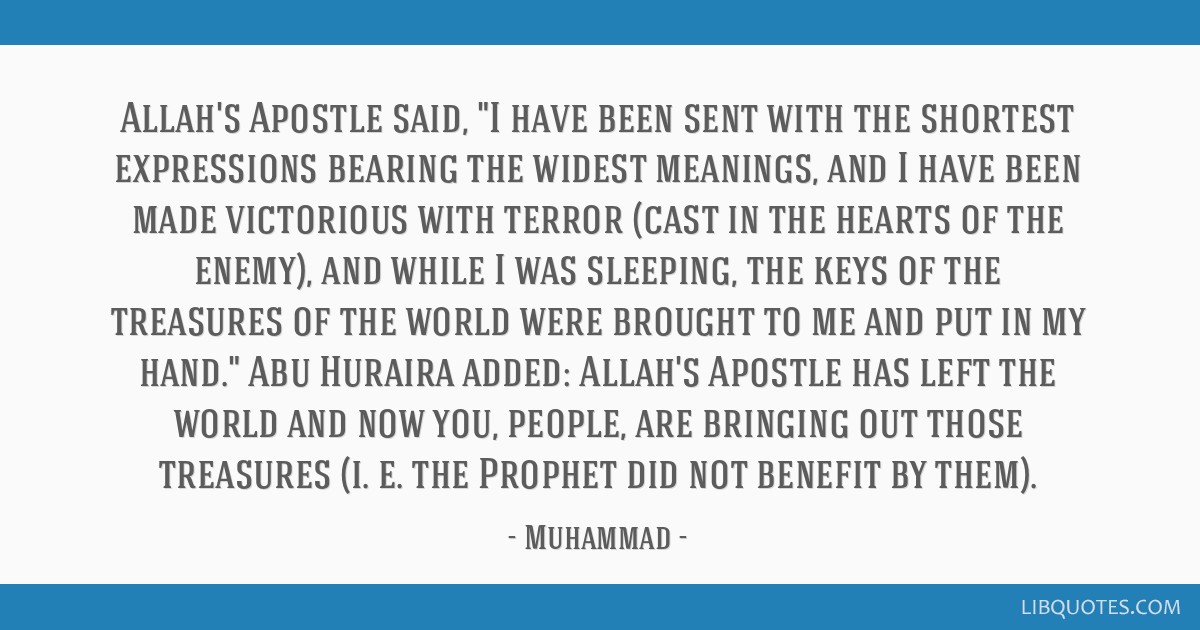 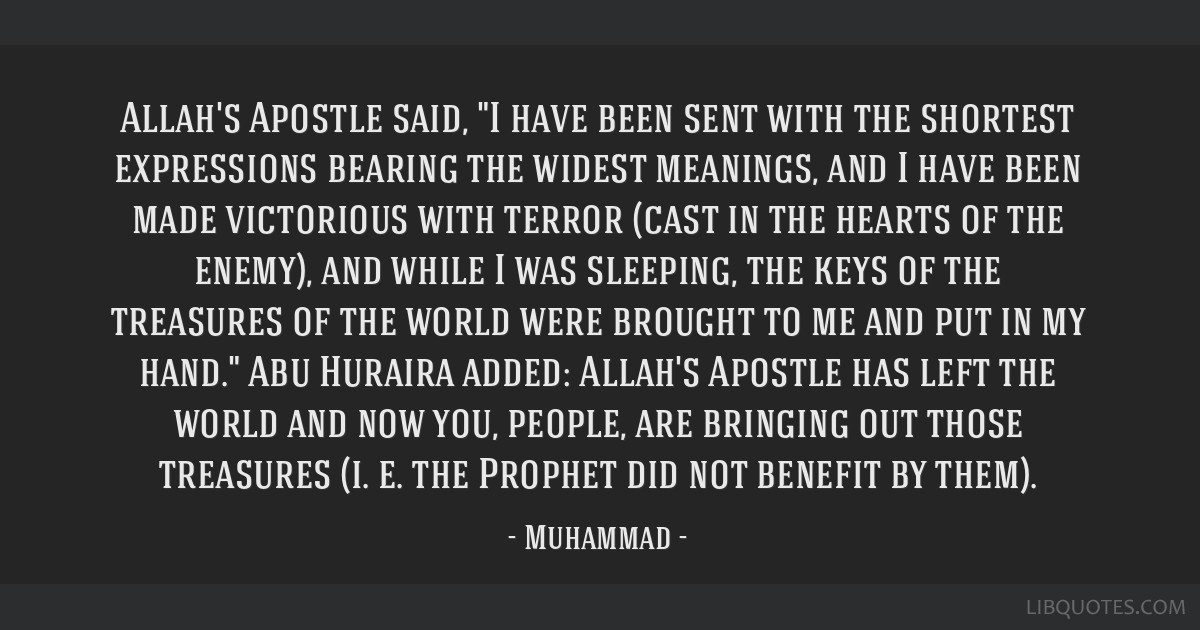 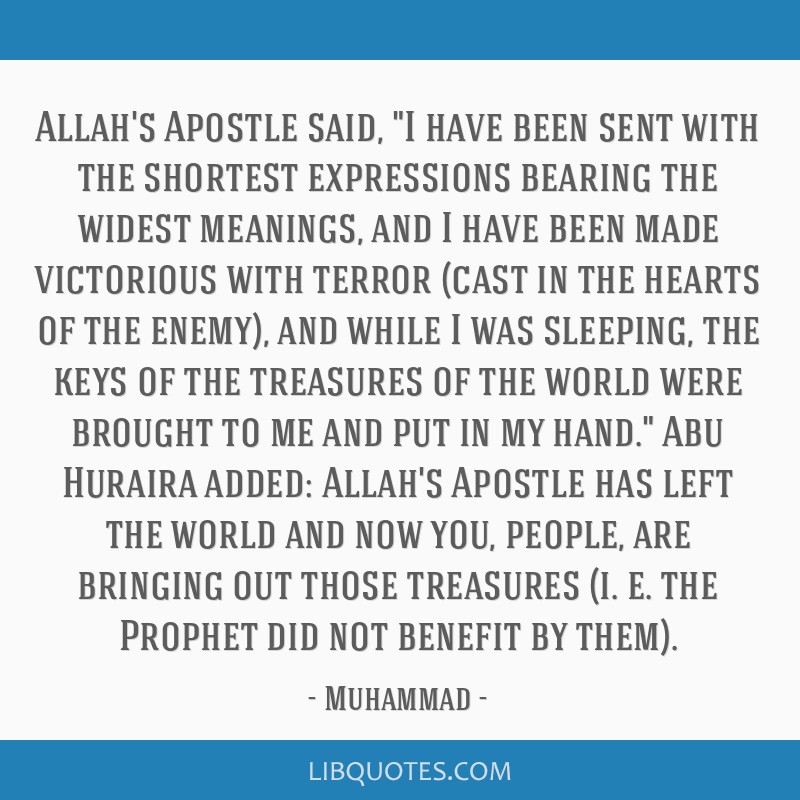 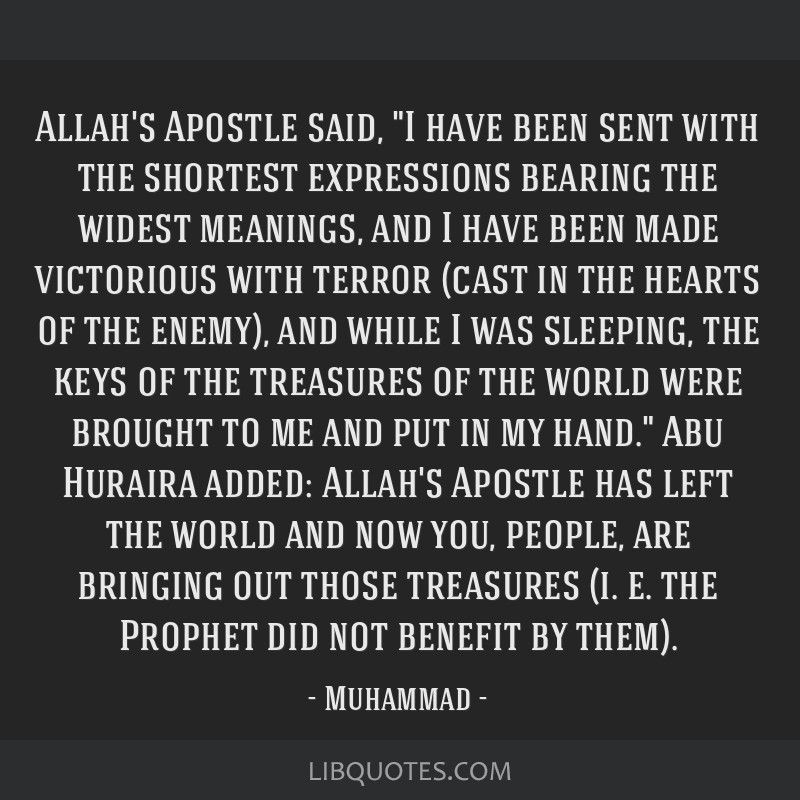