As for negative numbers... most mathematicians of the sixteenth and seventeenth centuries did not accept them... In the fifteenth century Nicolas Chuquet and, in the sixteenth, Stifel both spoke of negative numbers as absurd numbers....Descartes accepted them, in part....he had shown that, given an equation, one can obtain another whose roots are larger than the original one by any given quantity. Thus an equation with negative roots could be transformed into one with positive roots. Since we can turn false roots into real roots, Descartes was willing to accept negative numbers. Pascal regarded the subtraction of 4 from zero as utter nonsense. 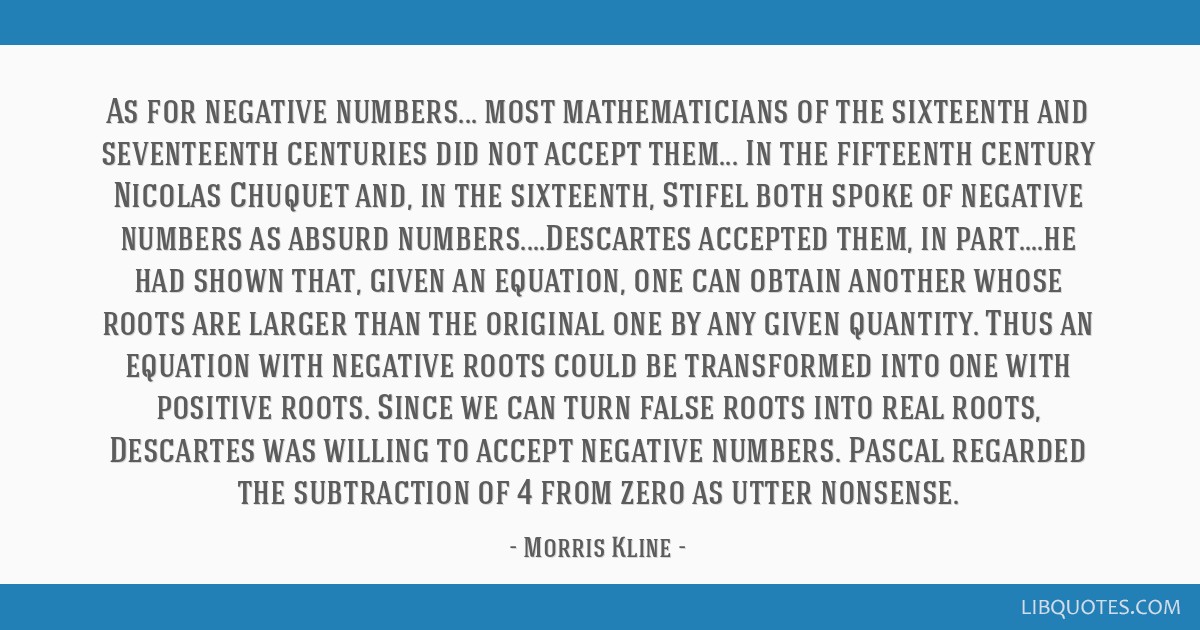 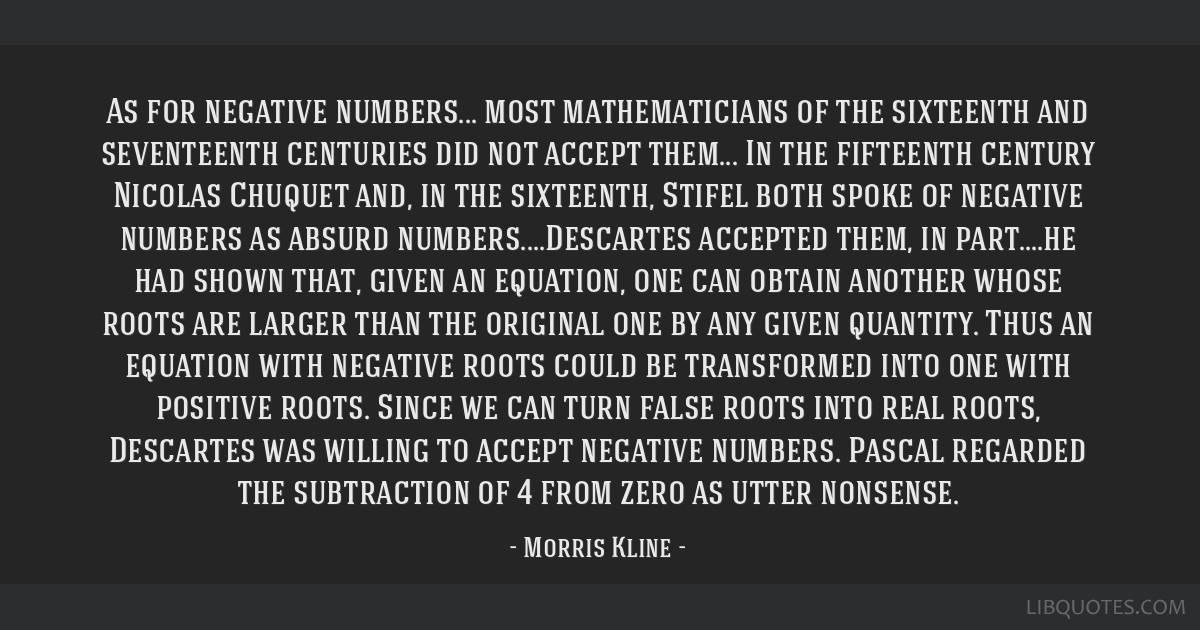 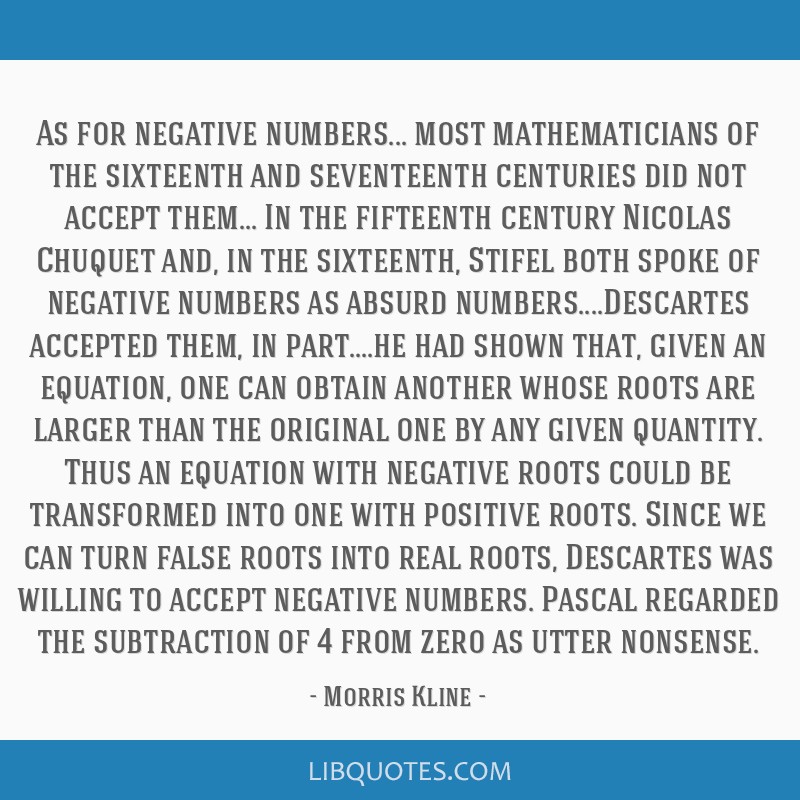 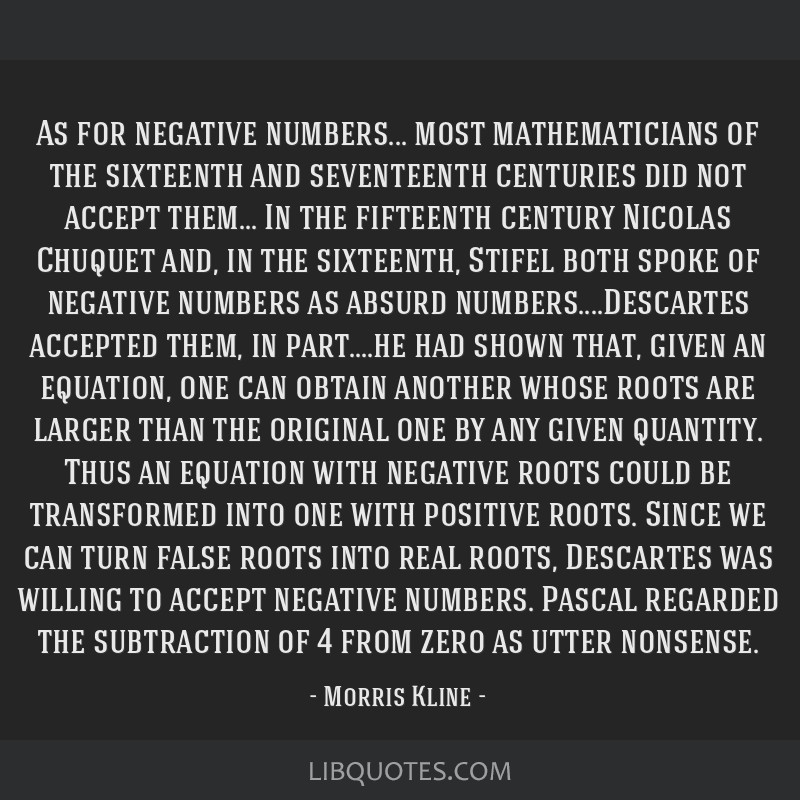