I would as soon say that religion gives its professors a right to enslave those who dissent from it, in order to render its propagation more easy.
This was the notion that encouraged the ravagers of America in their iniquity. Under the influence of this idea they founded their right of enslaving so many nations; for these robbers, who would absolutely be both robbers and Christians, were superlatively devout.
Louis XIII was extremely uneasy at a law by which all the negroes of his colonies were to be made slaves; but it being strongly urged to him as the readiest means for their conversion, he acquiesced without further scruple. 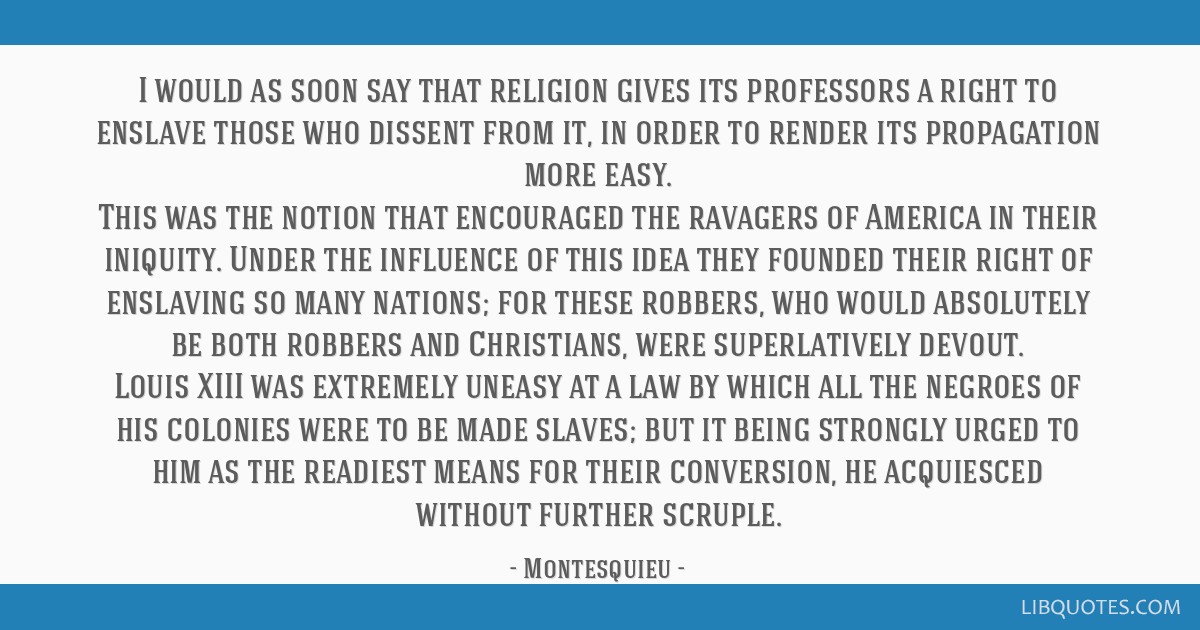 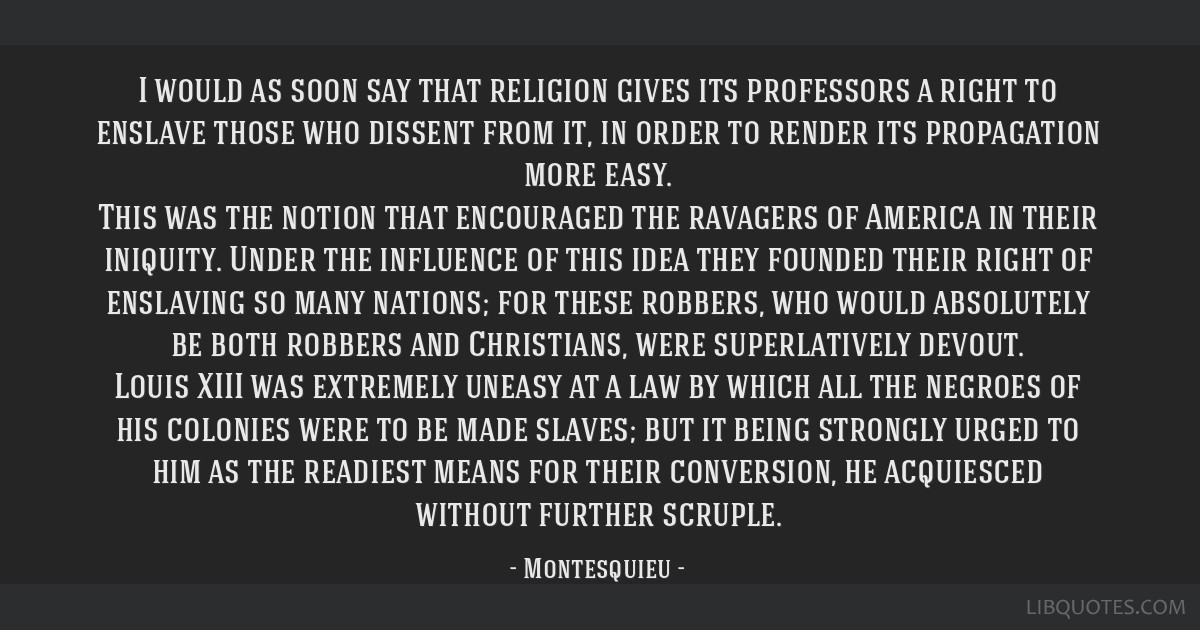 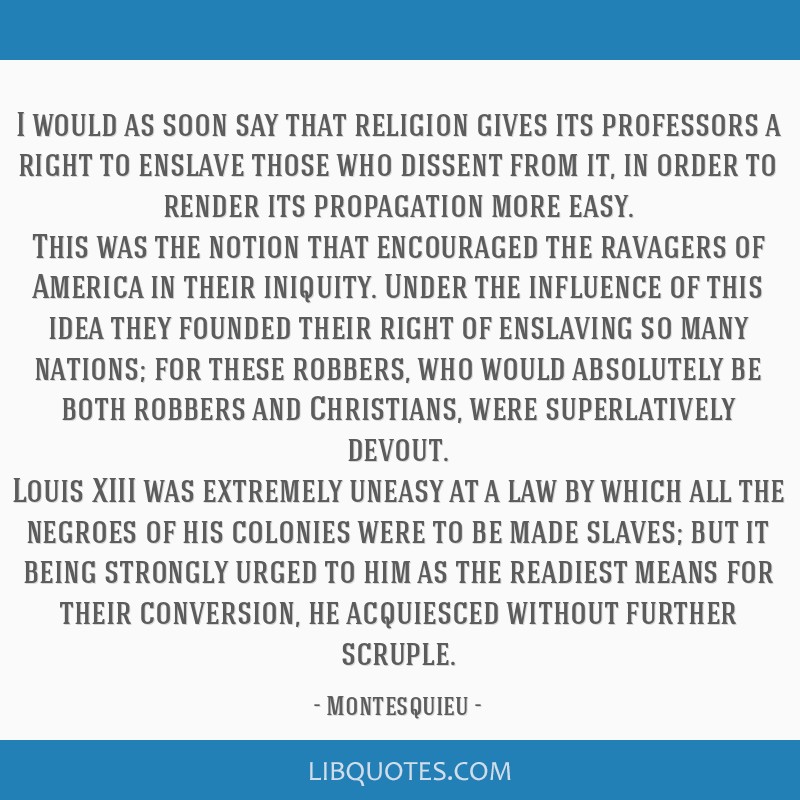 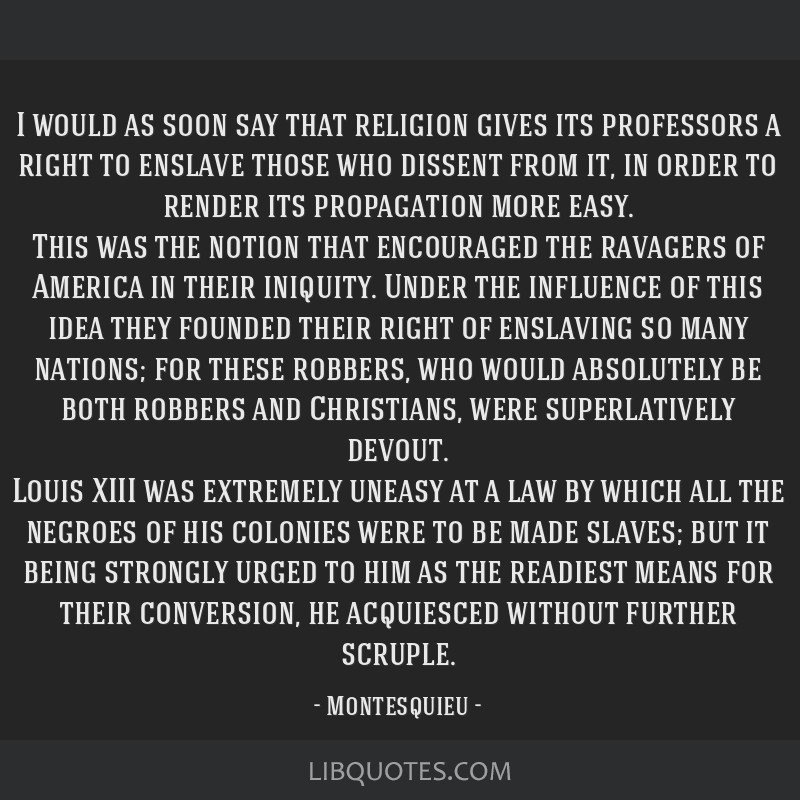 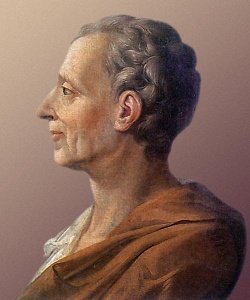