The proposed liberal solution was always negotiation. Just as they believed in nuclear arms negotiations for their own sake, they believe in a "peace process" without regard to what its consequences might be....It was impossible for any peace plan to fail in their eyes, since lack of progress was nearly always interpreted as evidence that new talks were now "urgent". 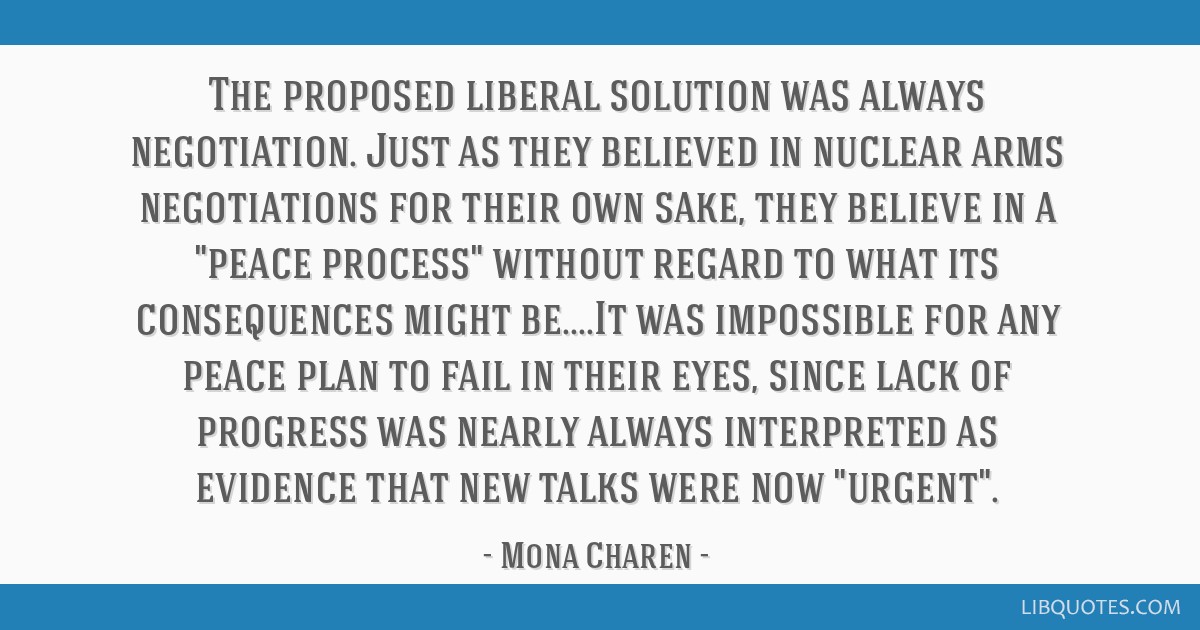 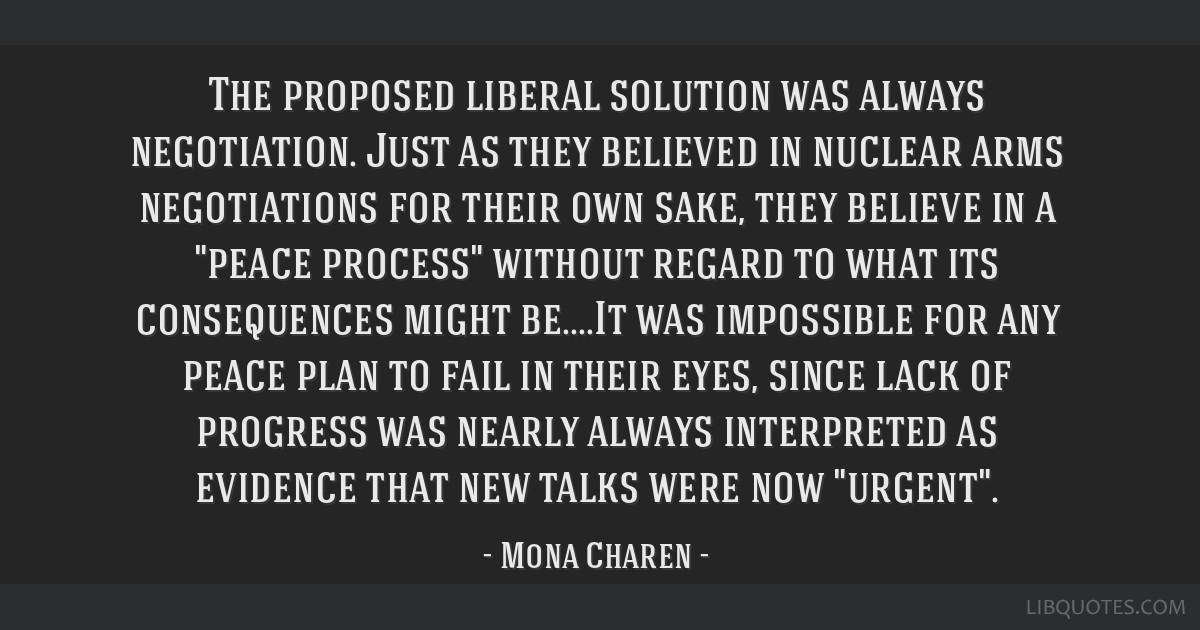 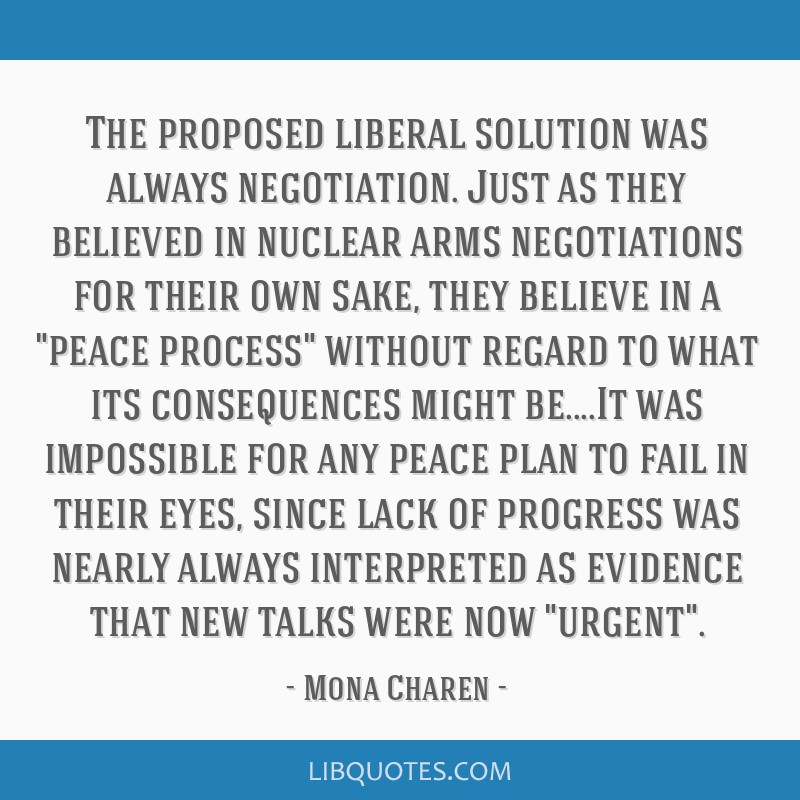 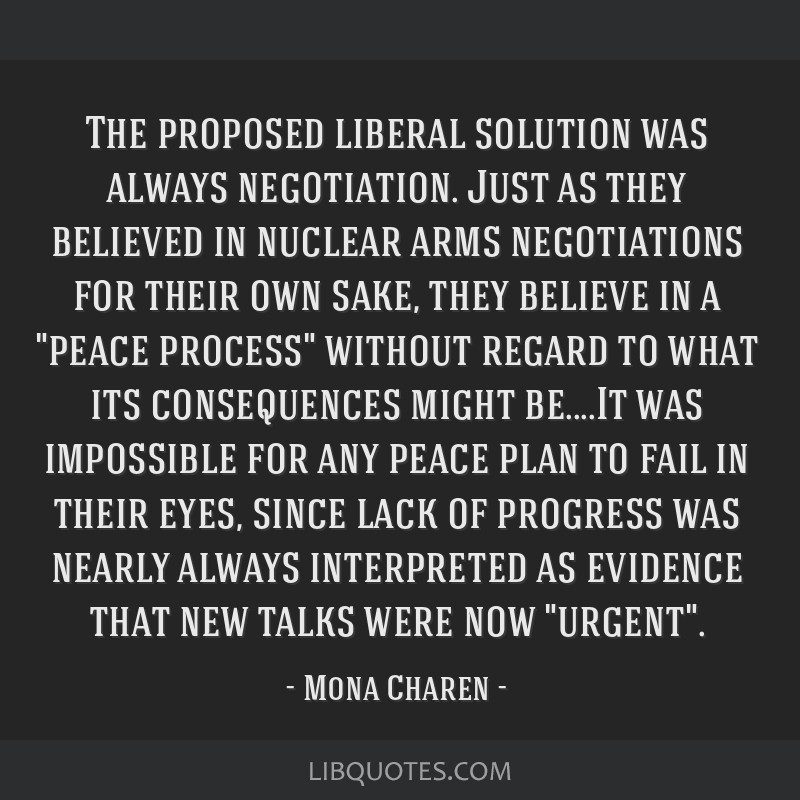 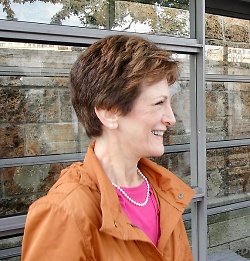