Over the past few weeks, as the world commemorates Nelson Mandela, an uncomfortable spotlight has been shone on Conservatives who branded the ANC as terrorists in the 1980s, he says in an article on the UK ConservativeHome website. How will today's crop of Conservative climate refuseniks explain themselves to future generations, in a world made hotter, nasty and poor by global warming? There is nothing Conservative about advocating for the destruction of the climate, and thus all we hold dear. This is not a credible Conservative standpoint: it is reckless and extreme. 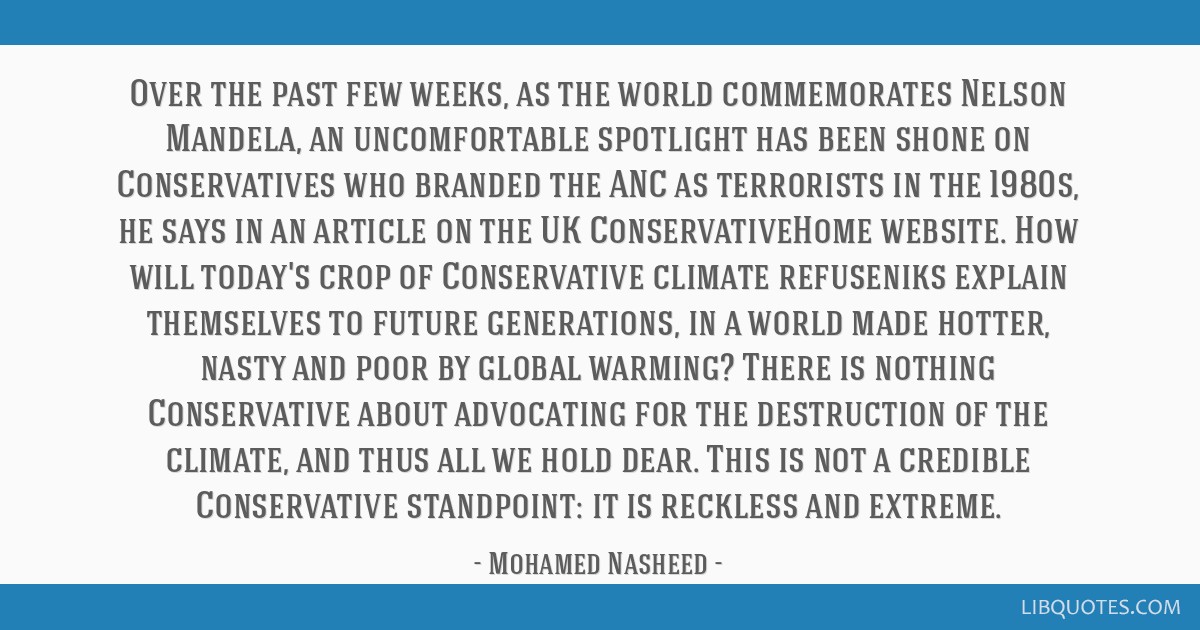 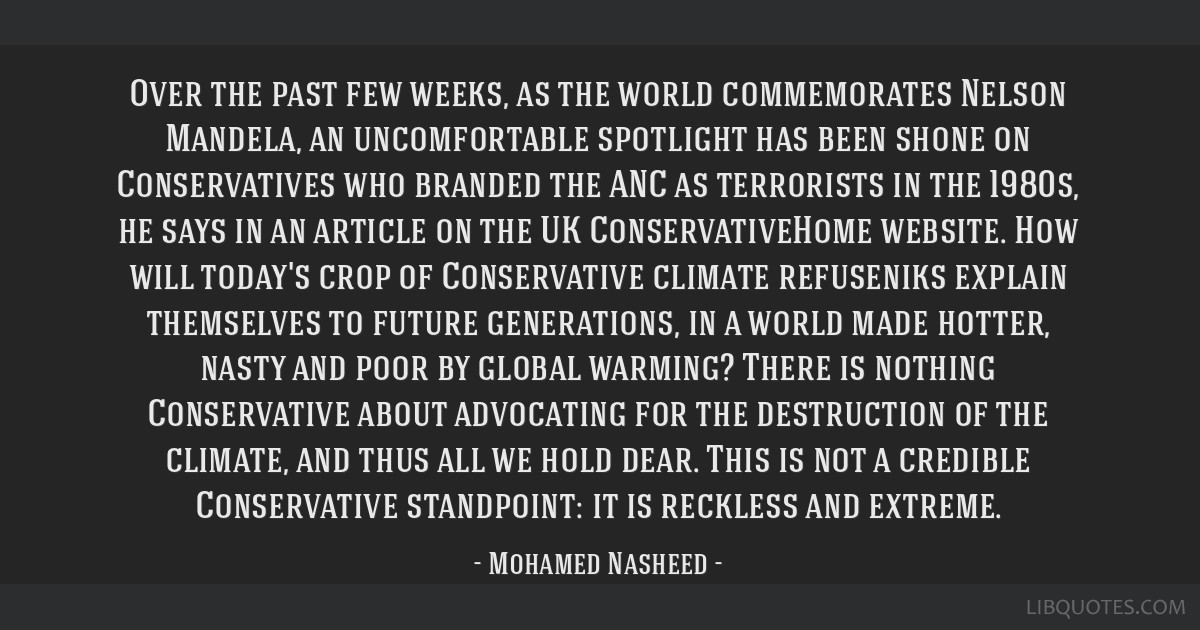 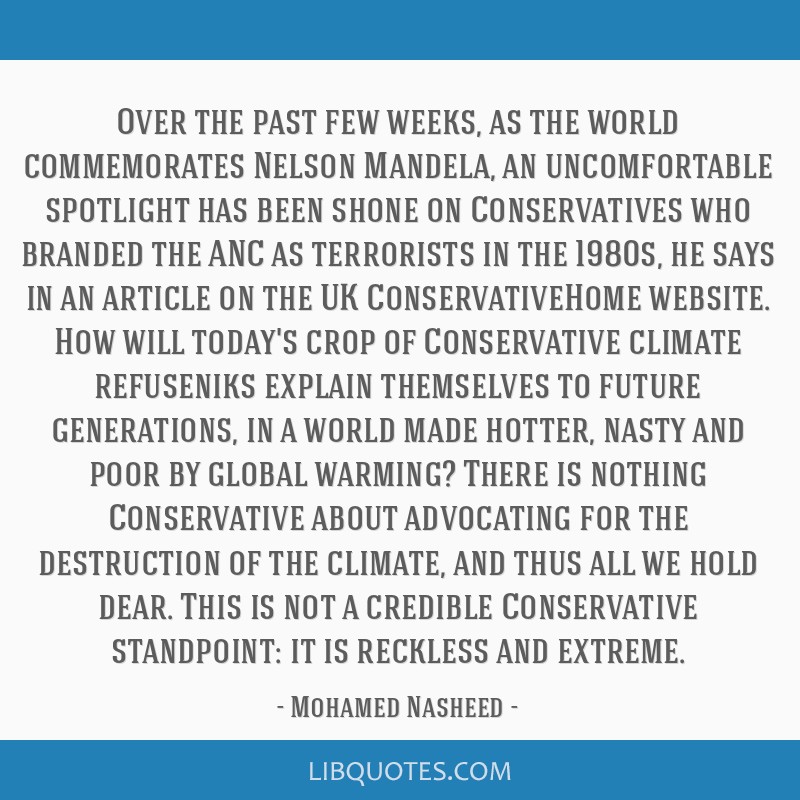 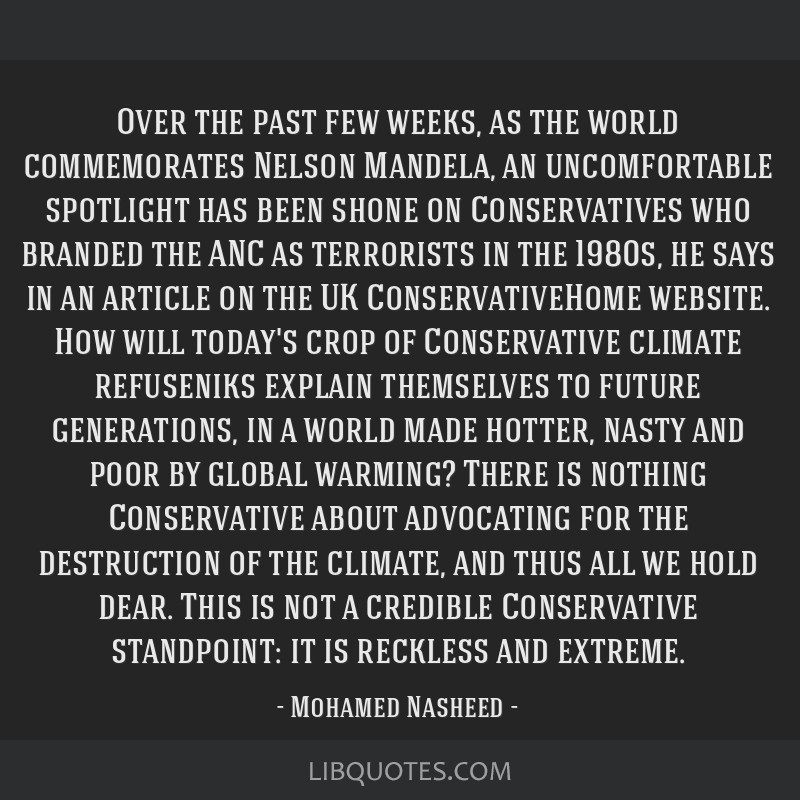 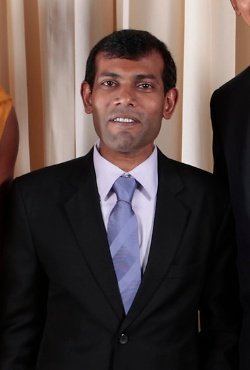