In France, for instance, I'm told that marriage is now frequently contracted in seven-year terms where either party may move on when their term is up. How shallow and how different from the Europe of the past. 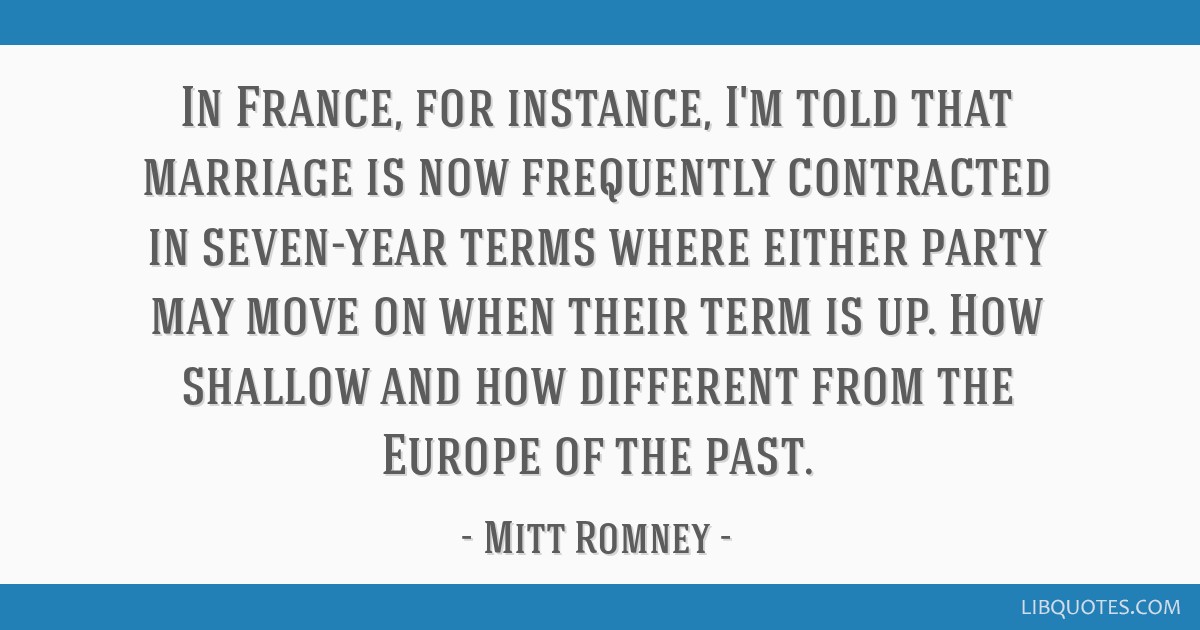 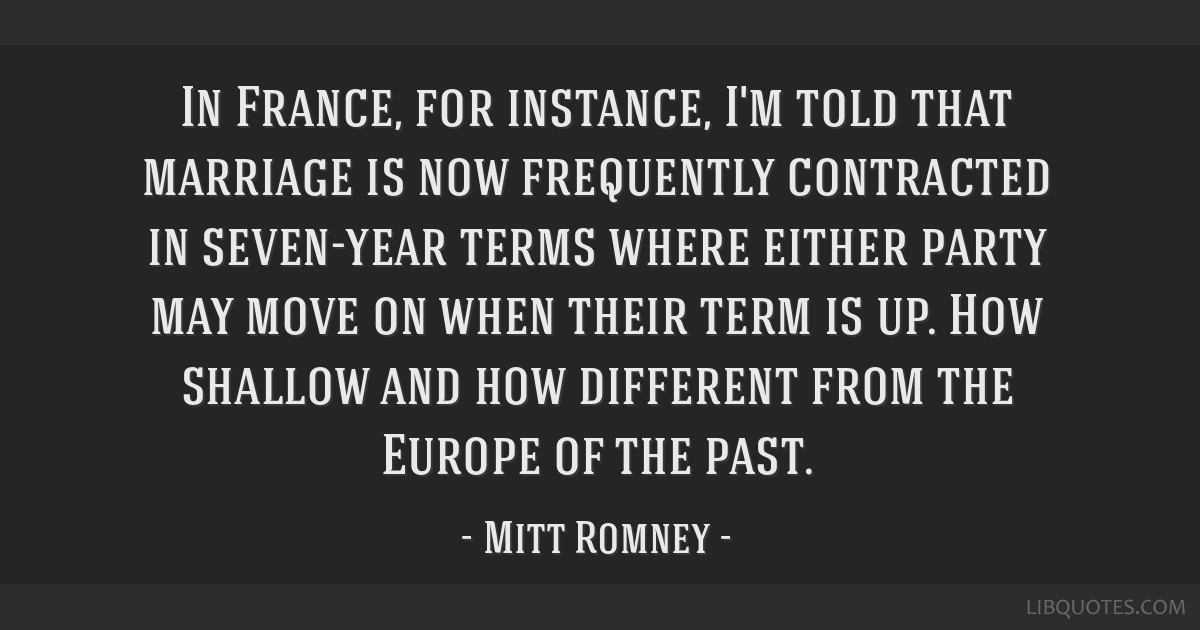 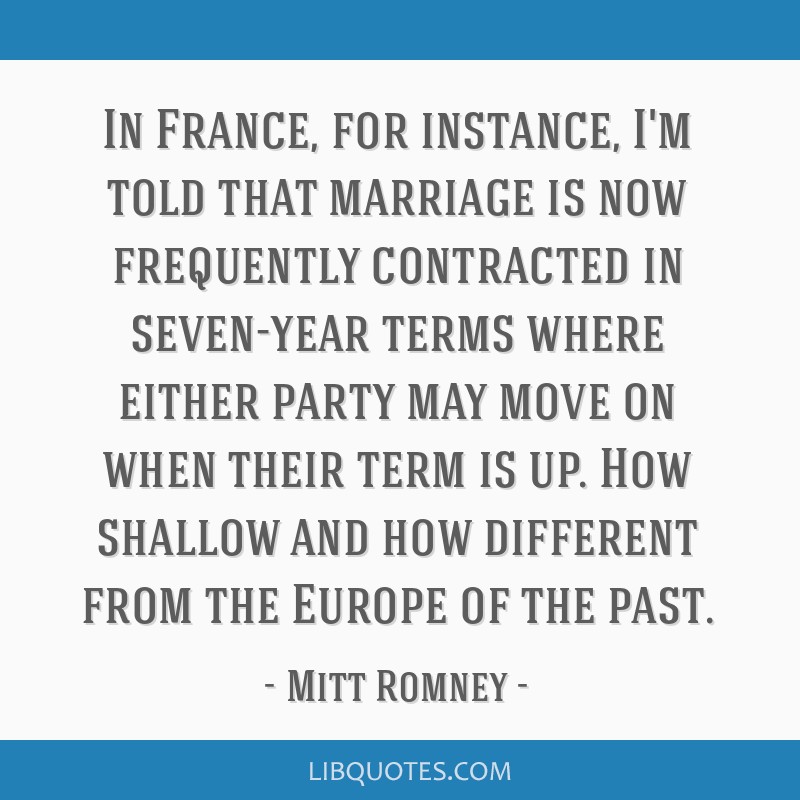 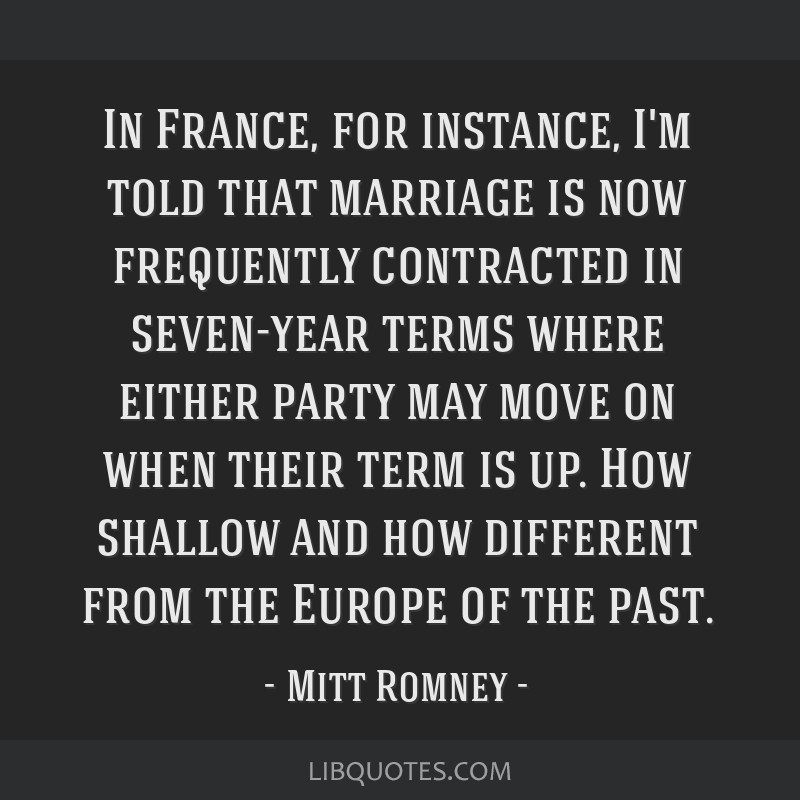 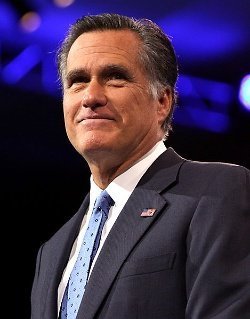