The World Trade Center should, because of its importance, become a living representation of man's belief in humanity, his need for individual dignity, his belief in the cooperation of men, and through this cooperation his ability to find greatness. 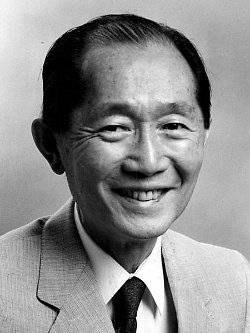 Wikipedia
Born: December 1, 1912
Died: February 6, 1986 (aged 73)
Bio: Minoru Yamasaki was an American architect, best known for designing the original World Trade Center in New York City and several other large-scale projects. Yamasaki was one of the most prominent architects of the 20th century.
Known for: