In less than ten years her Government was changed from a republic to an empire, and finally, after shedding rivers of blood, foreign powers restored her exiled dynasty and exhausted Europe sought peace and repose in the unquestioned ascendency of monarchical principles. Let us learn wisdom from her example. Let us remember that revolutions do not always establish freedom. Our own free institutions were not the offspring of our Revolution. They existed before. They were planted in the free charters of self-government under which the English colonies grew up, and our Revolution only freed us from the dominion of a foreign power whose government was at variance with those institutions. 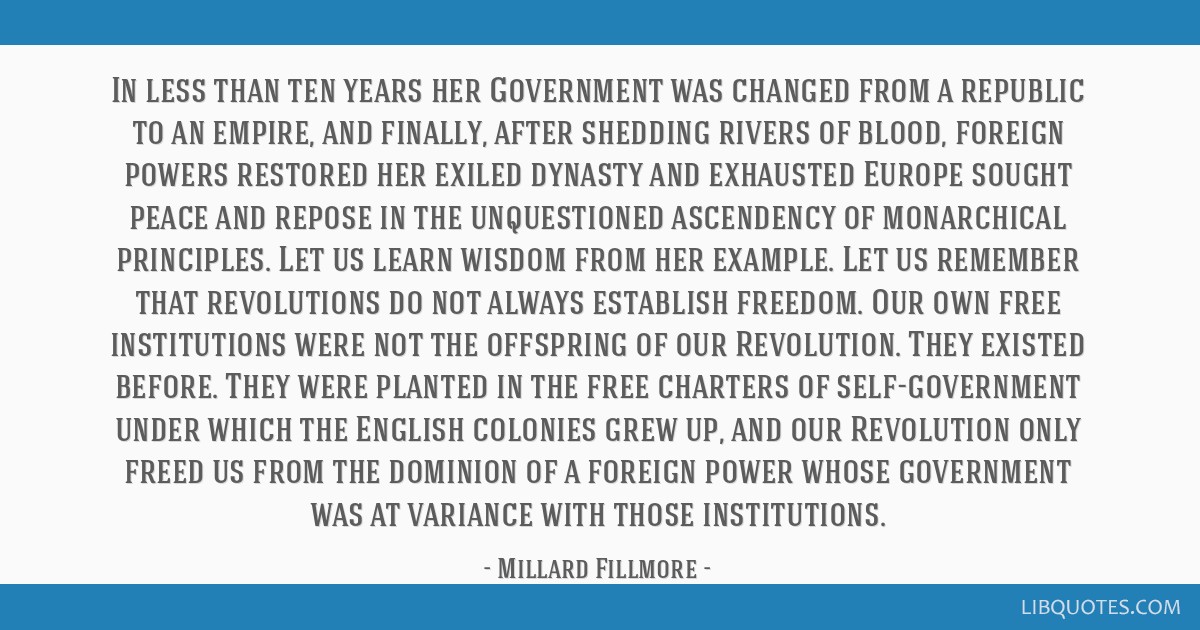 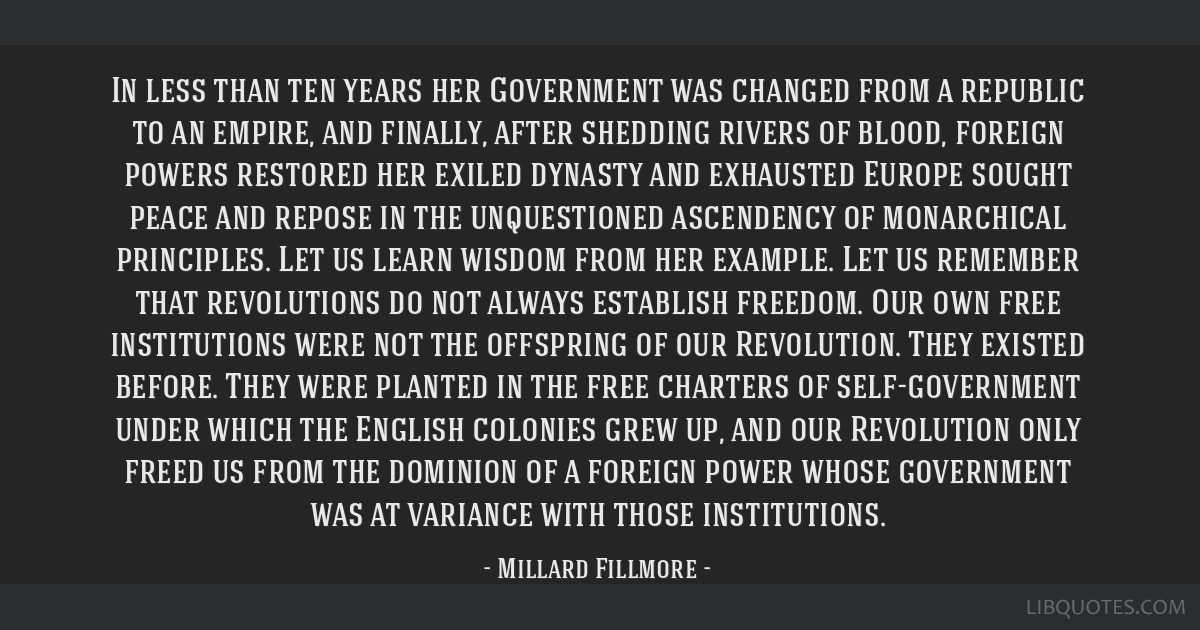 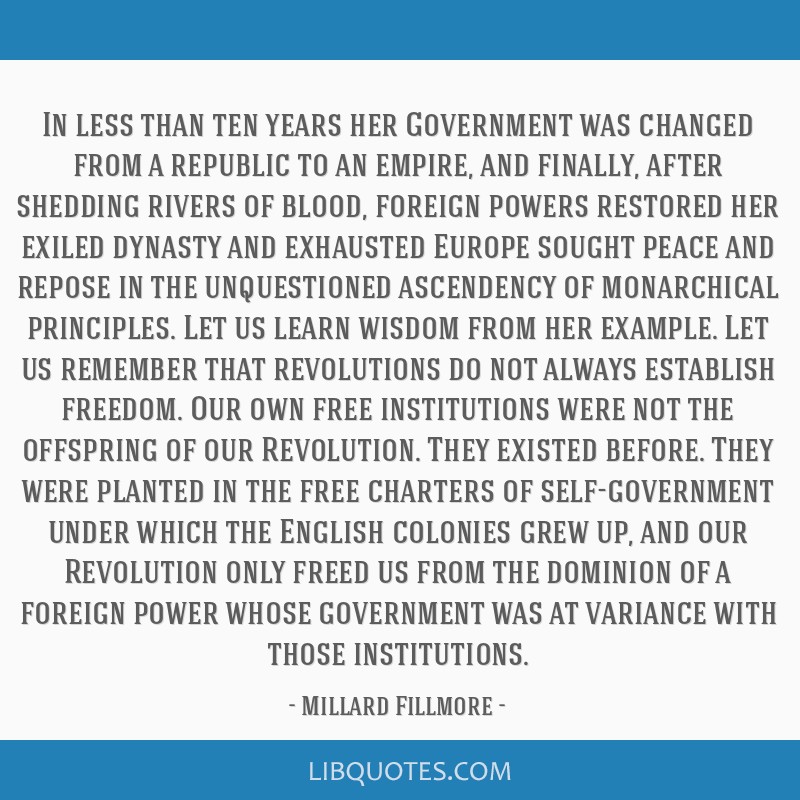 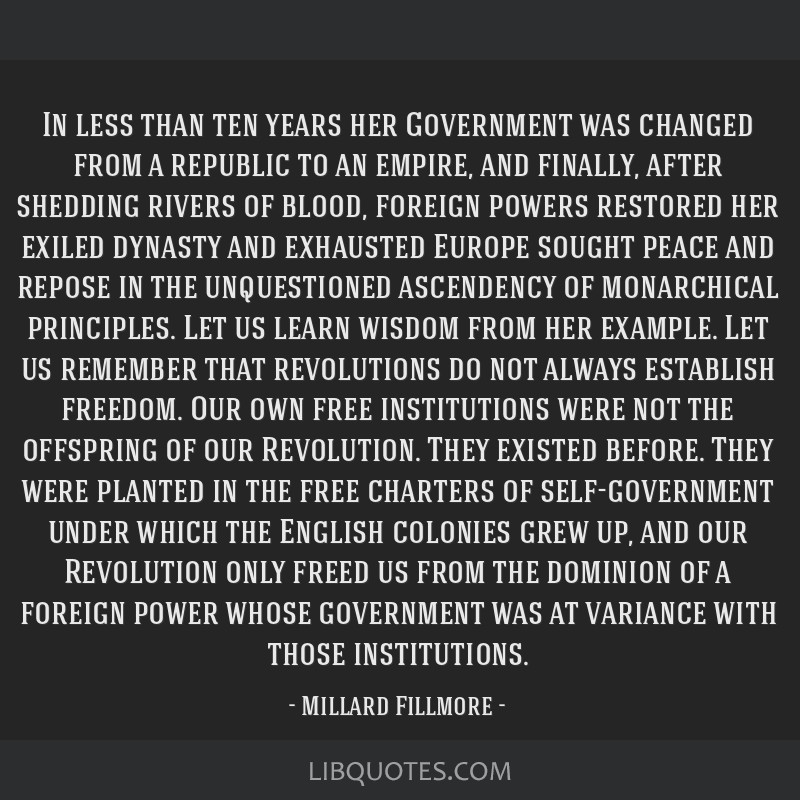 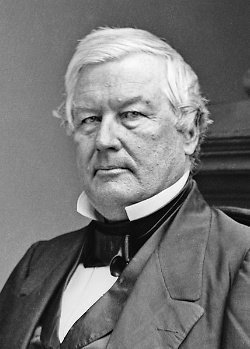