My experiences at Princeton have made me far more aware of my "Blackness" than ever before. I have found that at Princeton, no matter how liberal and open-minded some of my White professors and classmates try to be toward me, I sometimes feel like a visitor on campus; as if I really don't belong. Regardless of the circumstances under which I interact with Whites at Princeton, it often seems as if, to them, I will always be Black first and a student second. 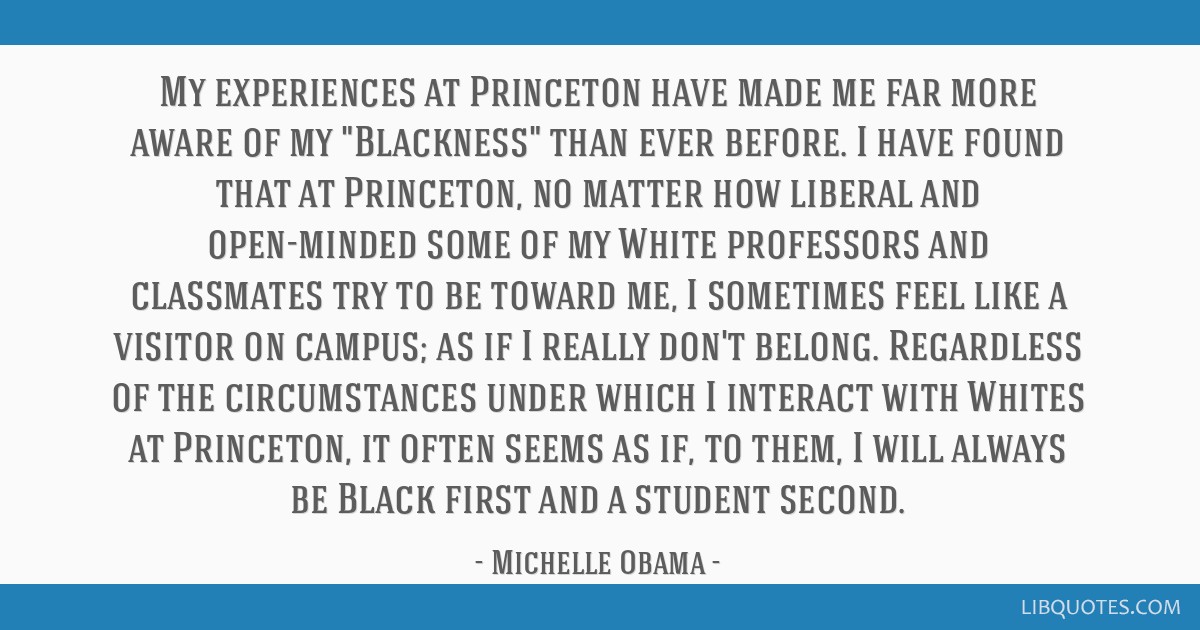 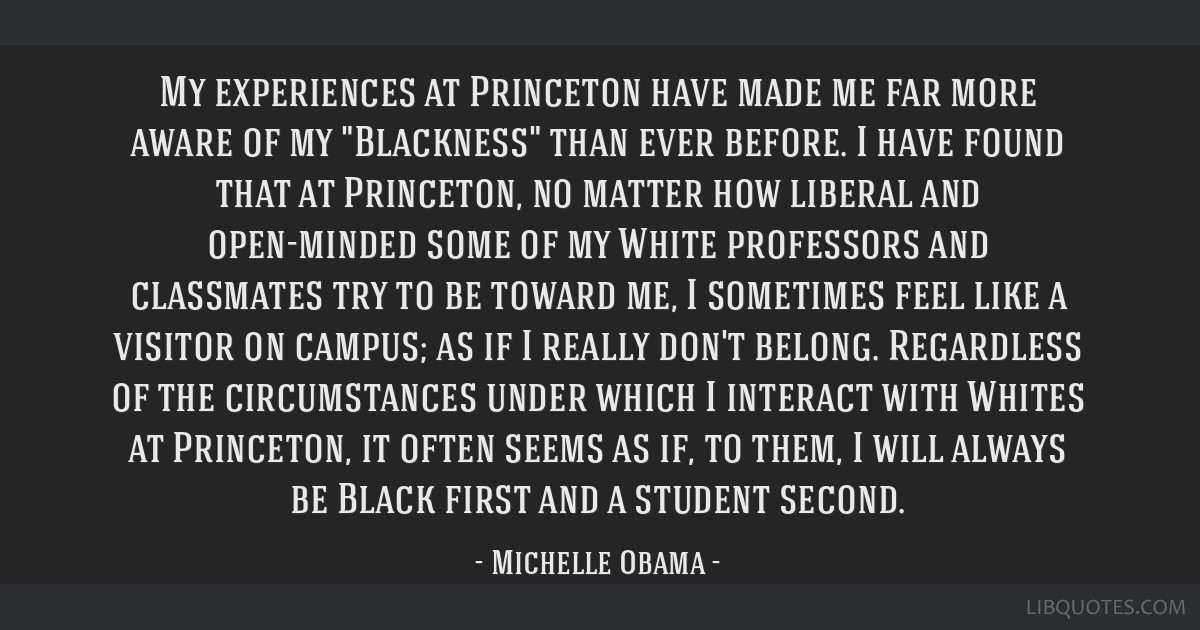 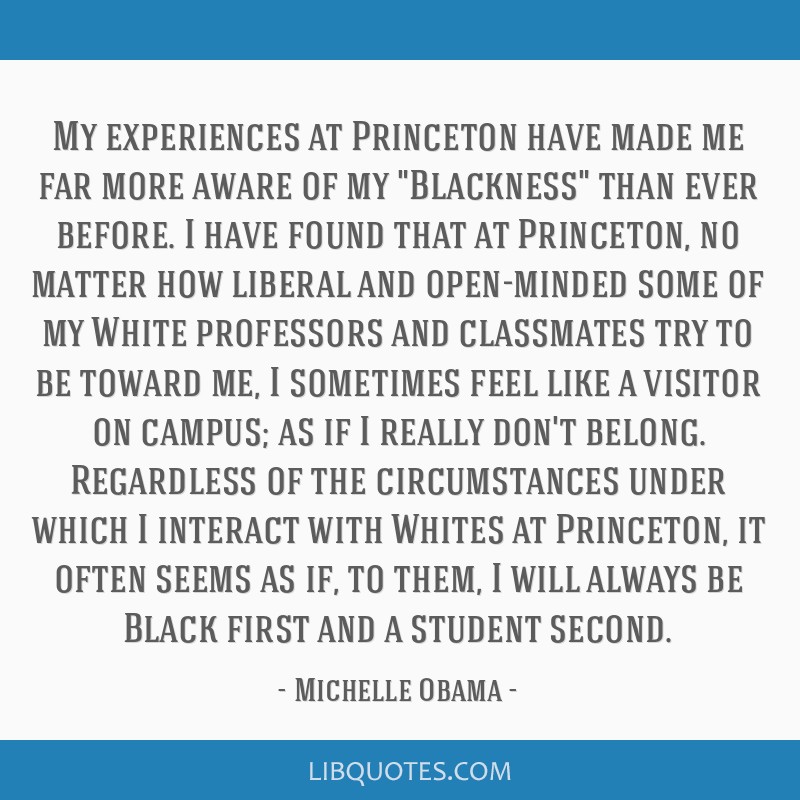 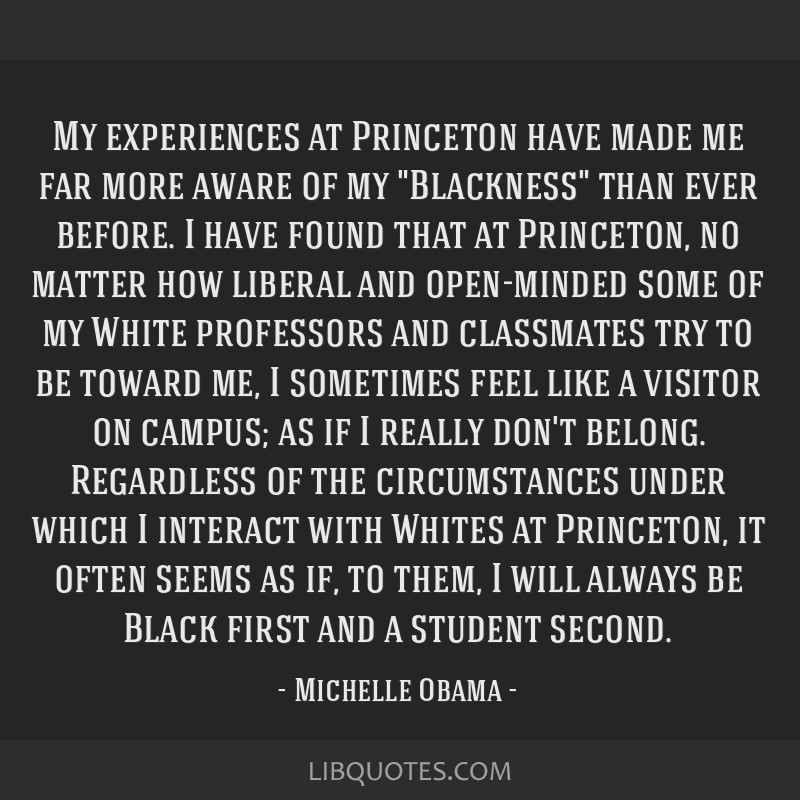 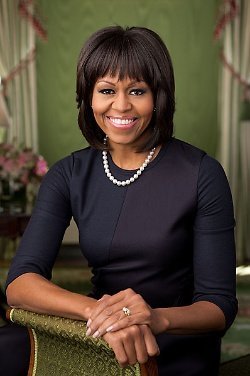