I'm not pining for nostalgia back in the '50s and '60s, that isn't it. But that sensibility about how we were grounded here is so important. For instance, another American that was born in Waterloo was John Wayne. We were a very patriotic "yay rah rah America" city and nation and I think that's what America's looking for again. 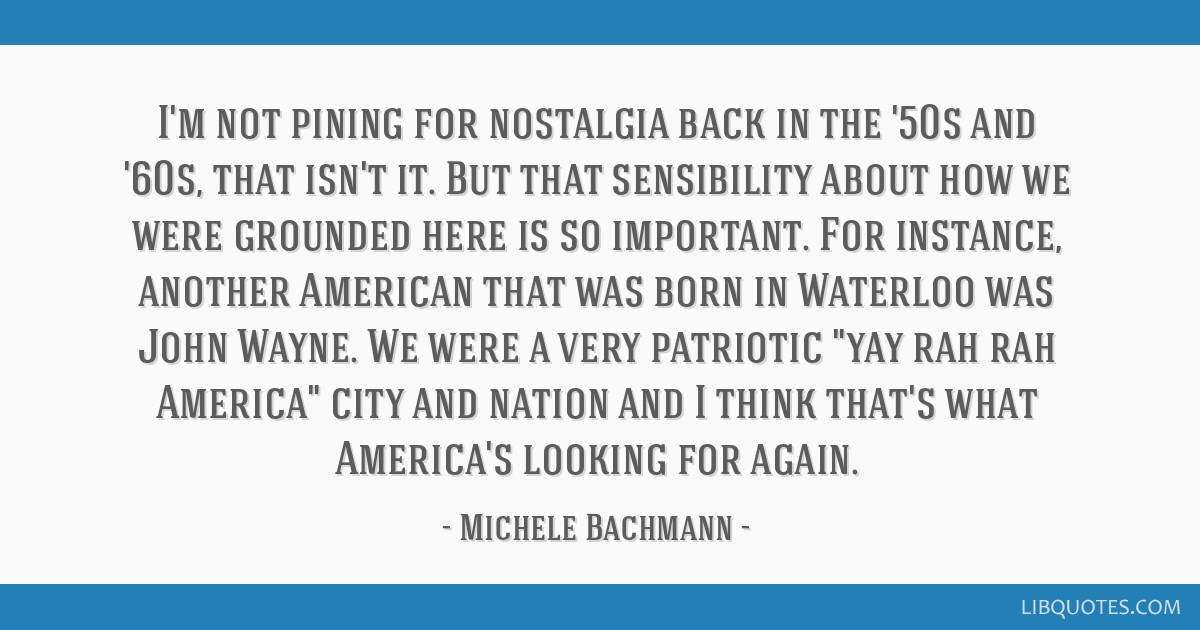 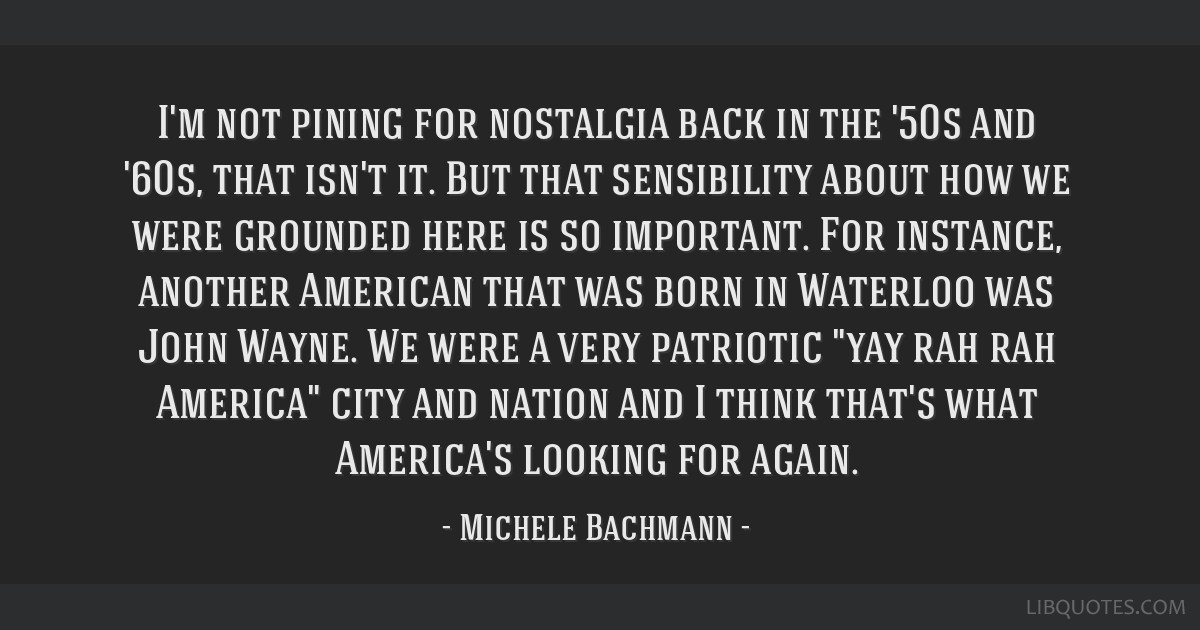 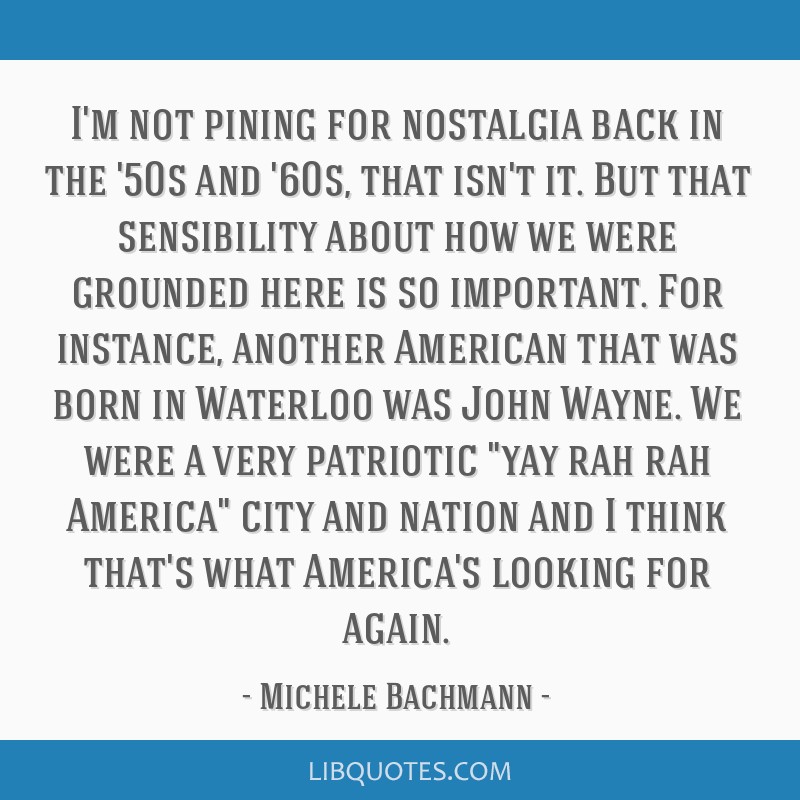 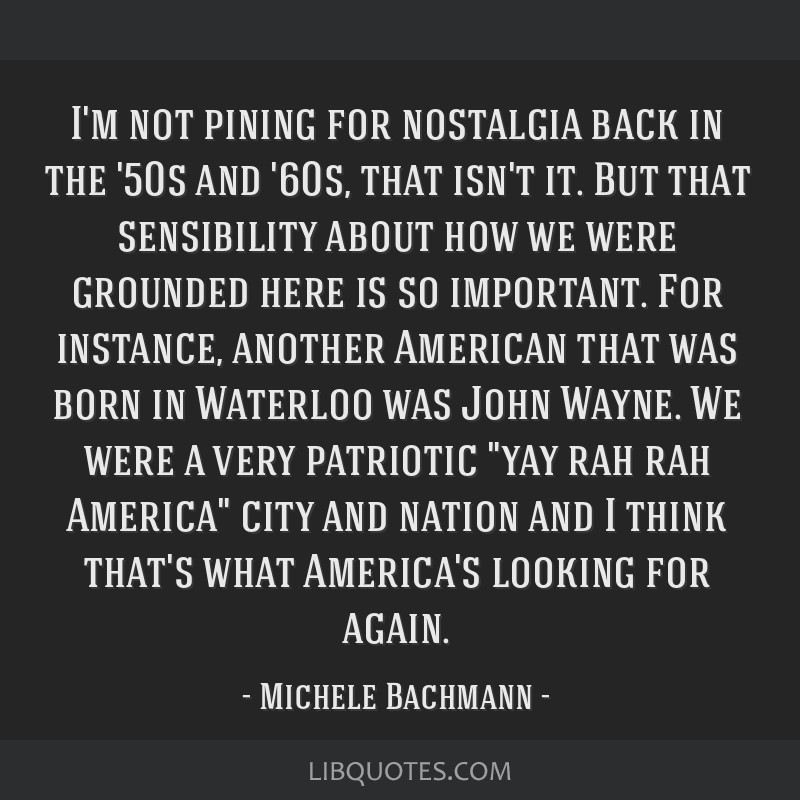 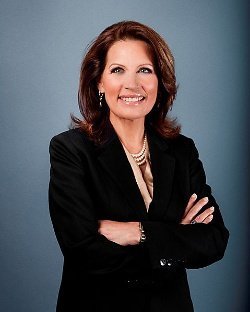