When I was a student in the 1950s, I read Husserl, Sartre, Merleau-Ponty. When you feel an overwhelming influence, you try to open a window. Paradoxically enough, Heidegger is not very difficult for a Frenchman to understand. When every word is an enigma, you are in a not-too-bad position to understand Heidegger. Being and Time is difficult, but the more recent works are clearer. Nietzsche was a revelation to me. I felt that there was someone quite different from what I had been taught. I read him with a great passion and broke with my life, left my job in the asylum, left France: I had the feeling I had been trapped. Through Nietzsche, I had become a stranger to all that. 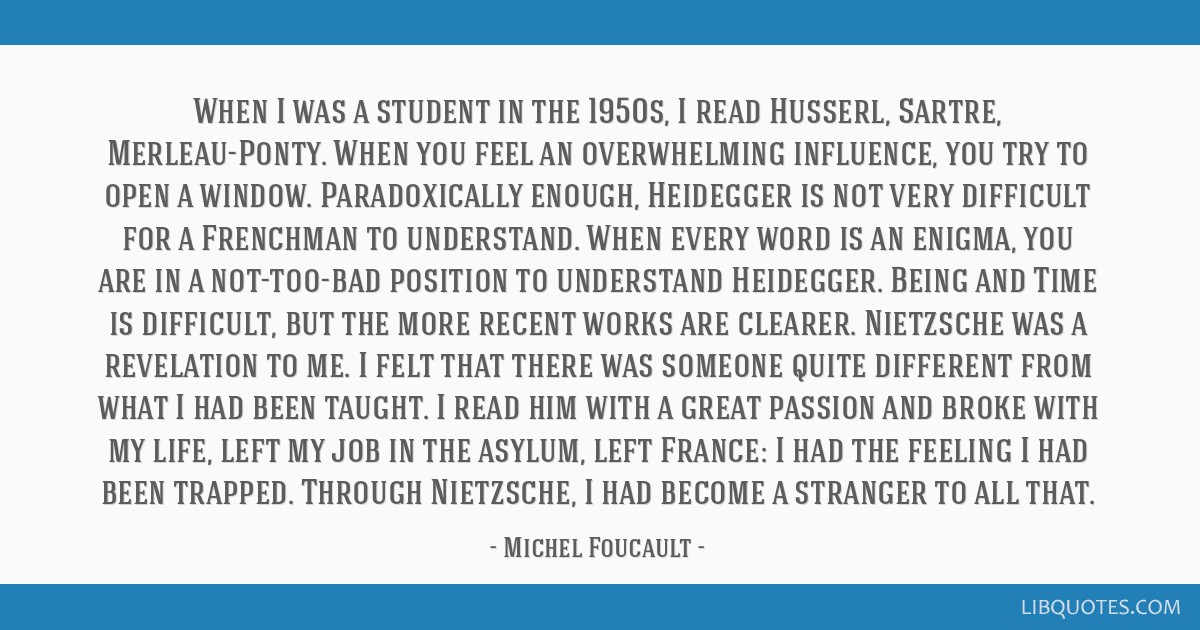 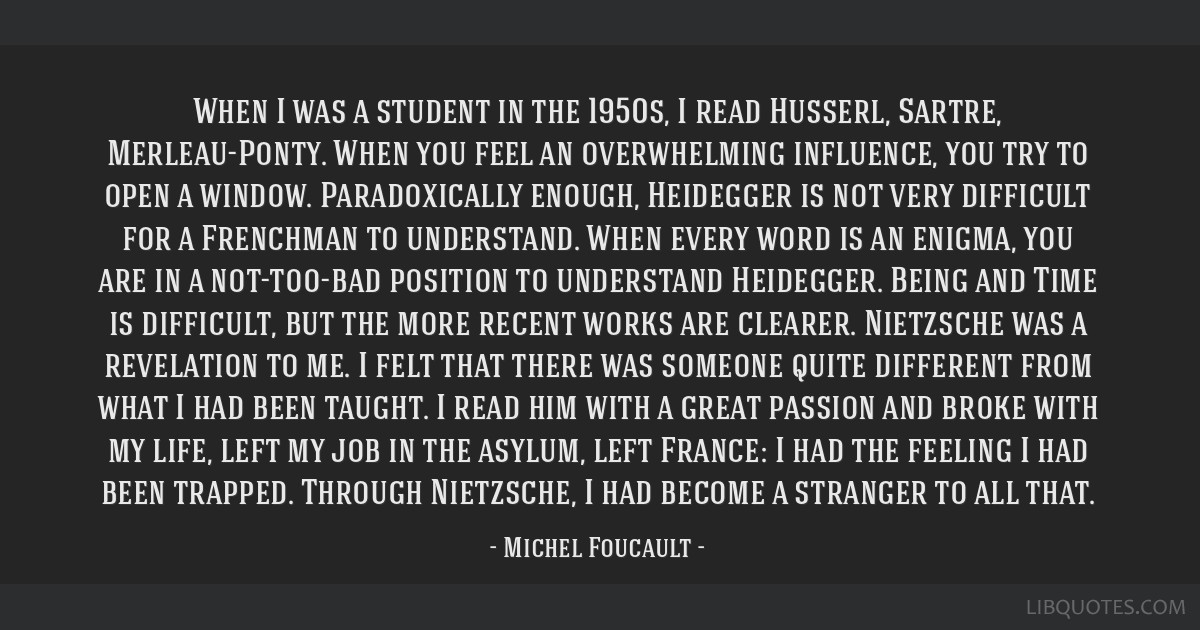 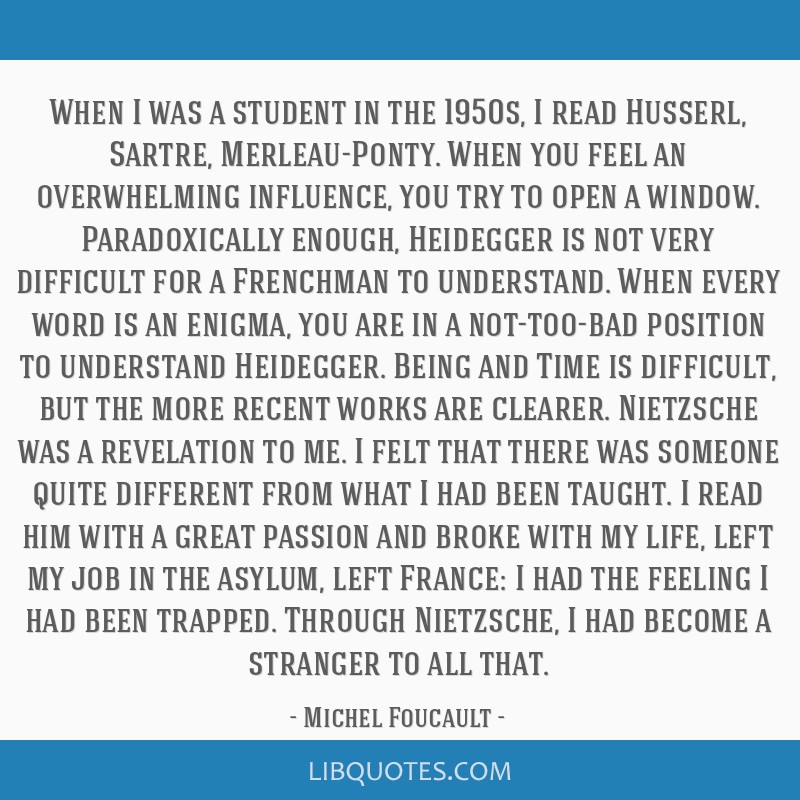 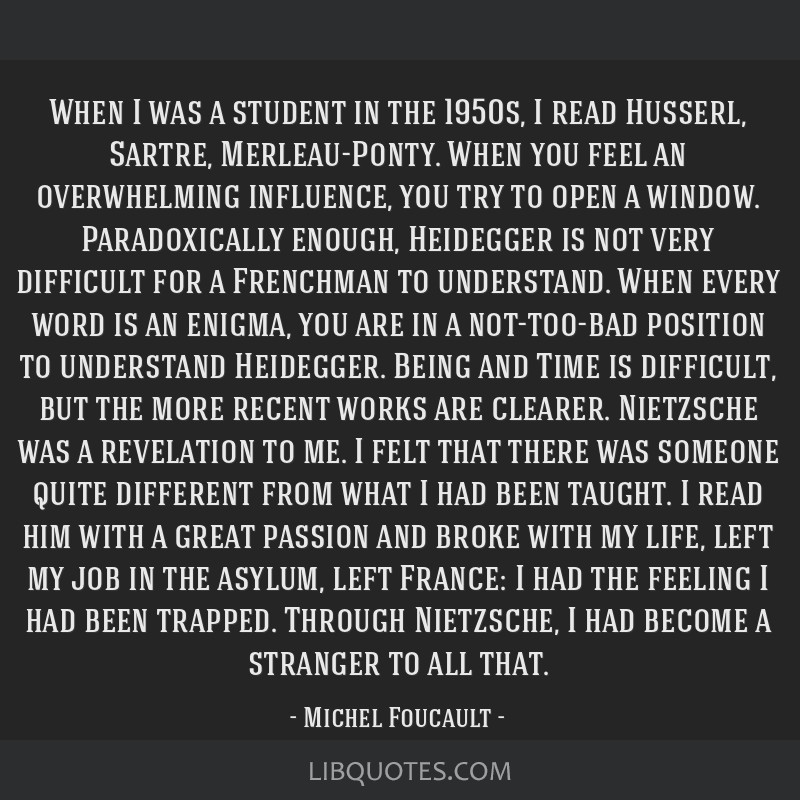 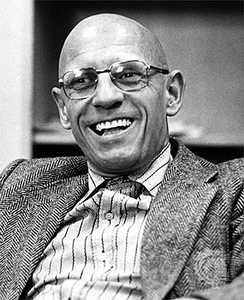