The classic rationalists did not consider the members of an organization as human beings, but just as cogs in the machine. For them, workers were only hands. The human relations approach has shown how incomplete this rationale was. It has also made it possible to consider workers as creatures of feeling, who are moved by the impact of the so-called rational decisions taken above then, and will react to them. A human being, however, does not have only a hand a heart. He also had a head, which means that he is free to play his own game. 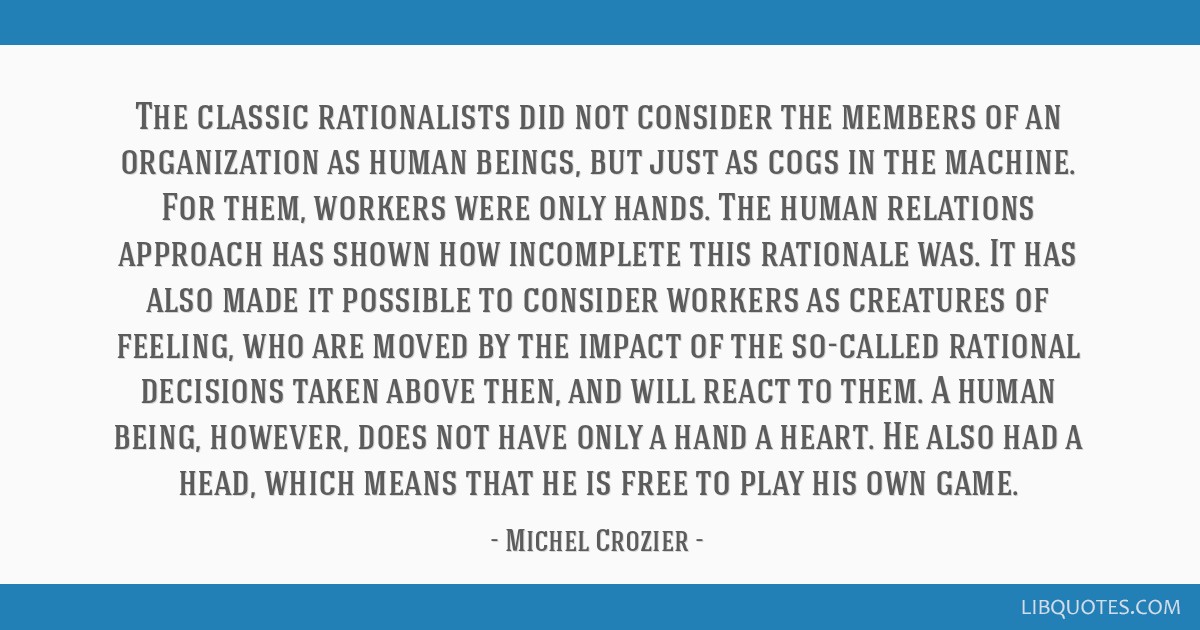 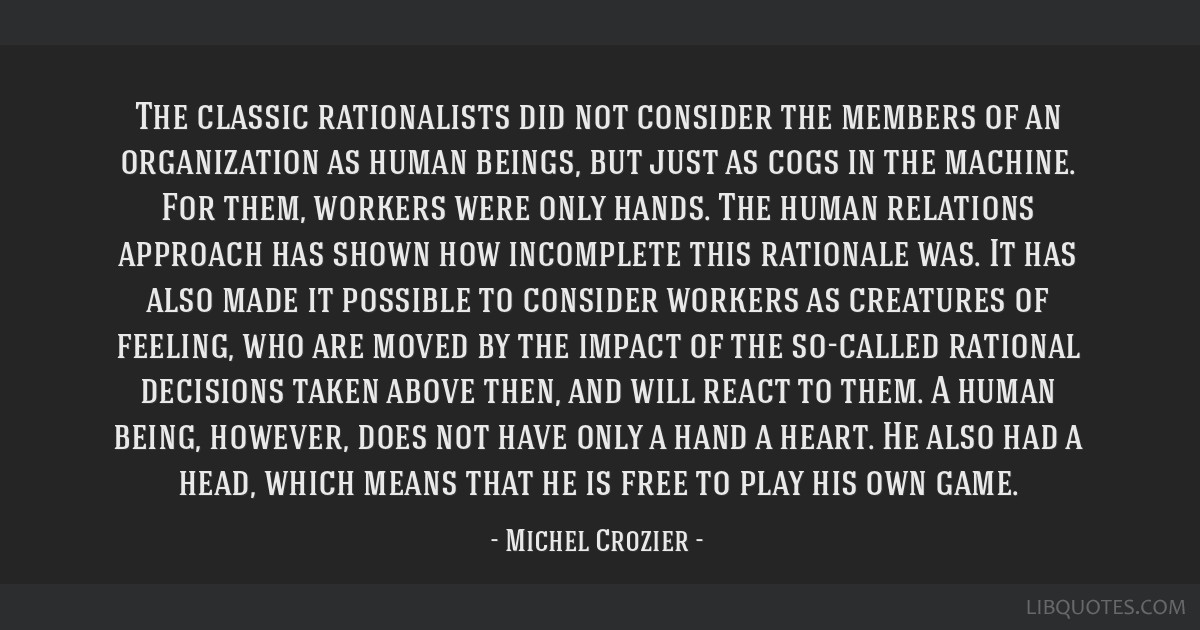 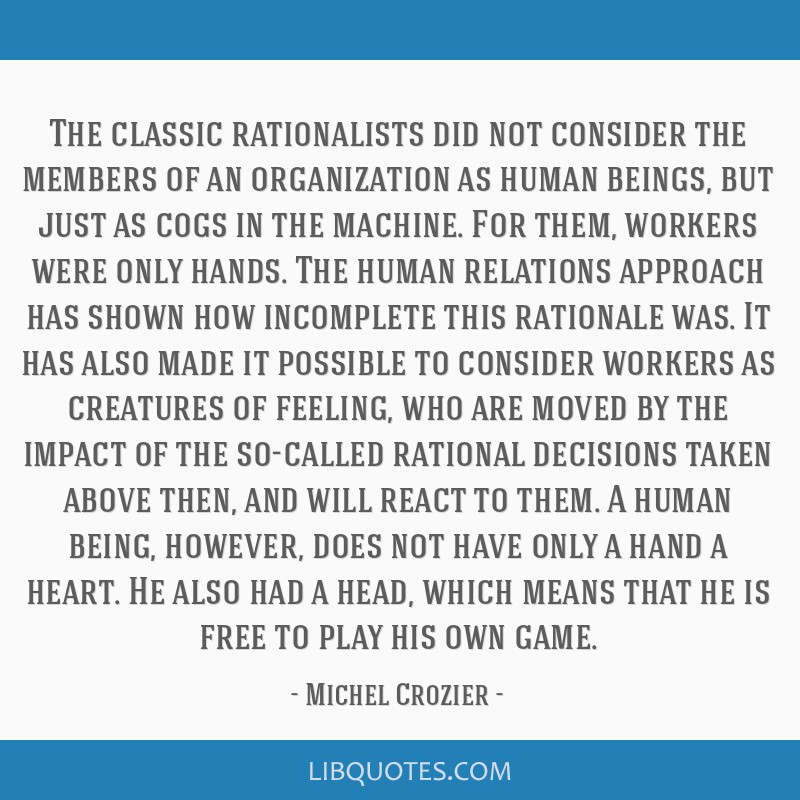 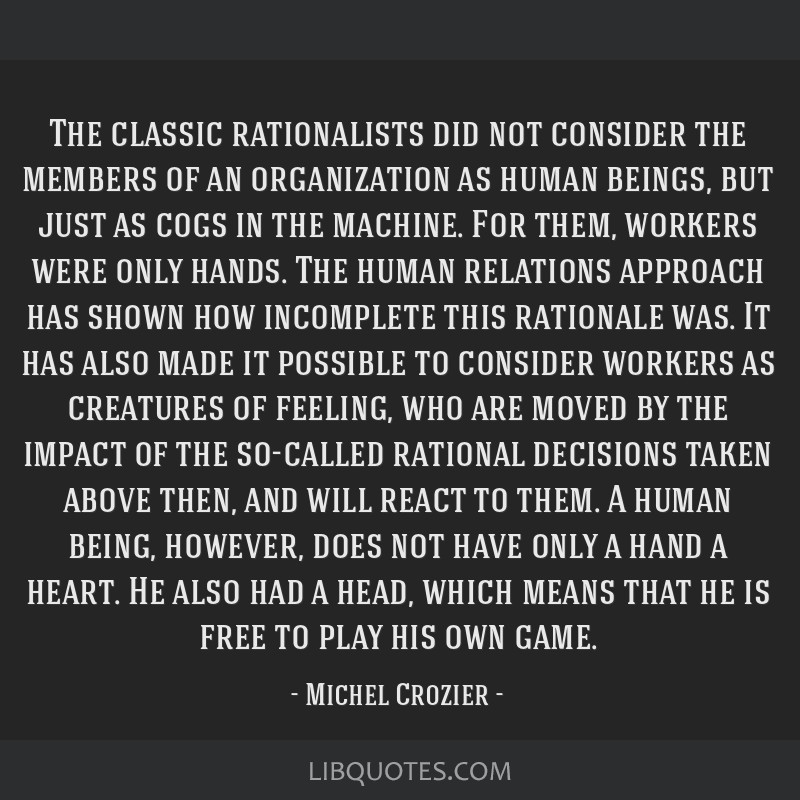