Perhaps because so much of what the classical economists wrote about traditional systems of agricultural production was divorced from the seemingly more timeless remarks about pure theory, later readers have passed over such portions of their works in haste.... I argue that these interventionist recommendations were a significant element in the overall thrust of their works. Specifically, classical political economy advocated restricting the viability of traditional occupations in the countryside to coerce people to work for wages.

p. 3 - The Invention of Capitalism: Classical Political Economy and the Secret History of Primitive Accumulation (2000) 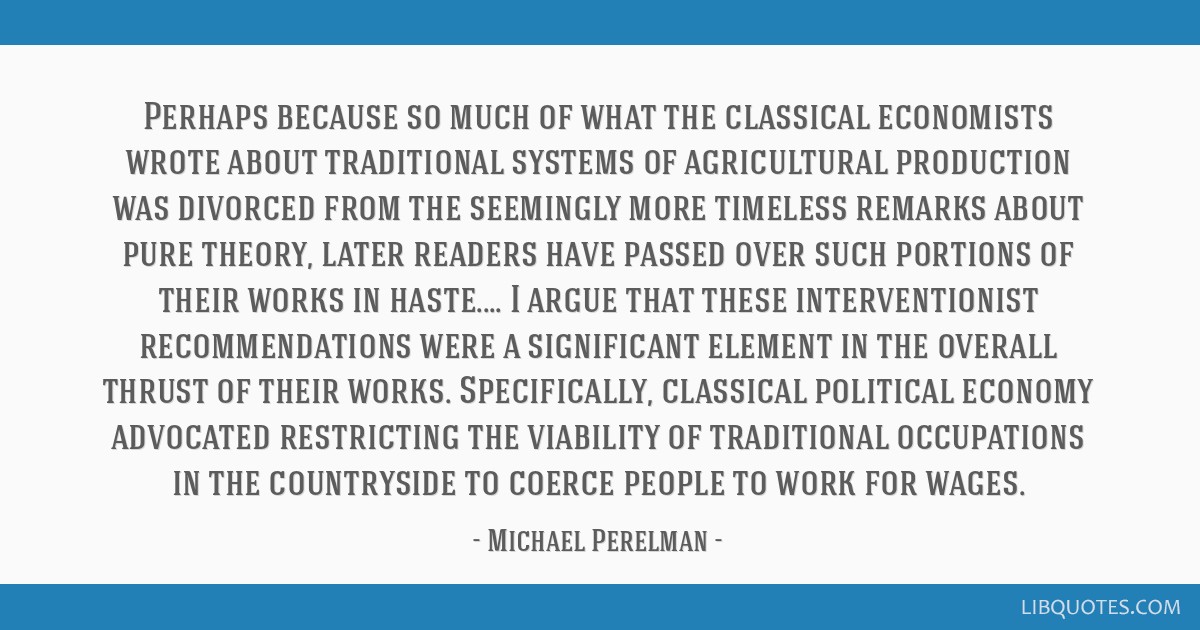 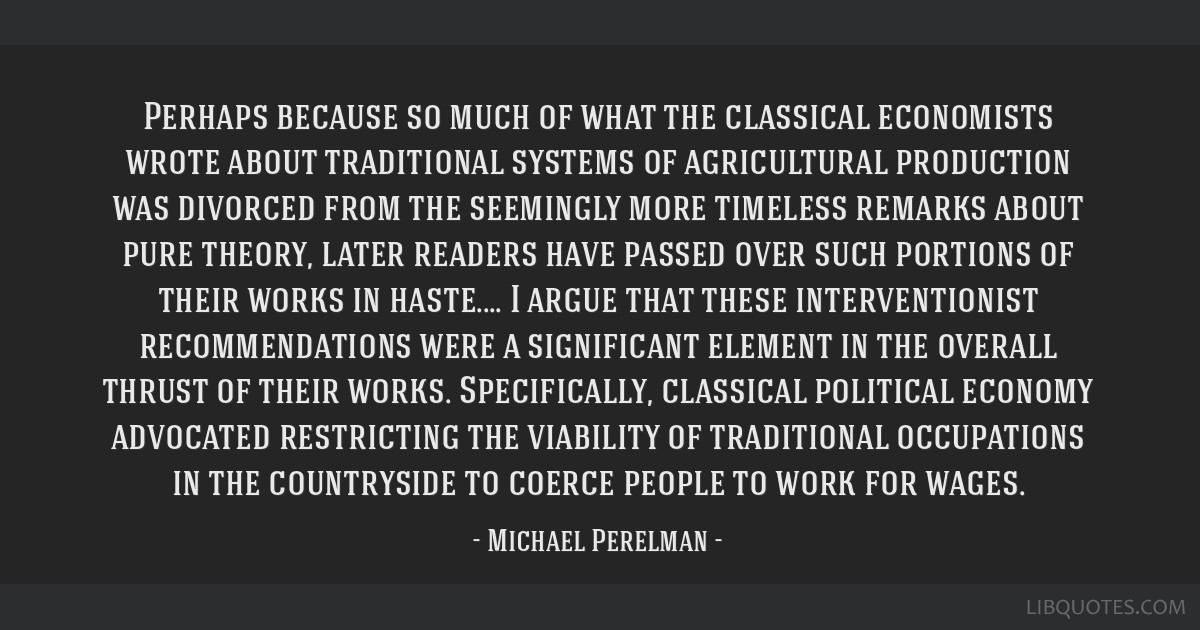 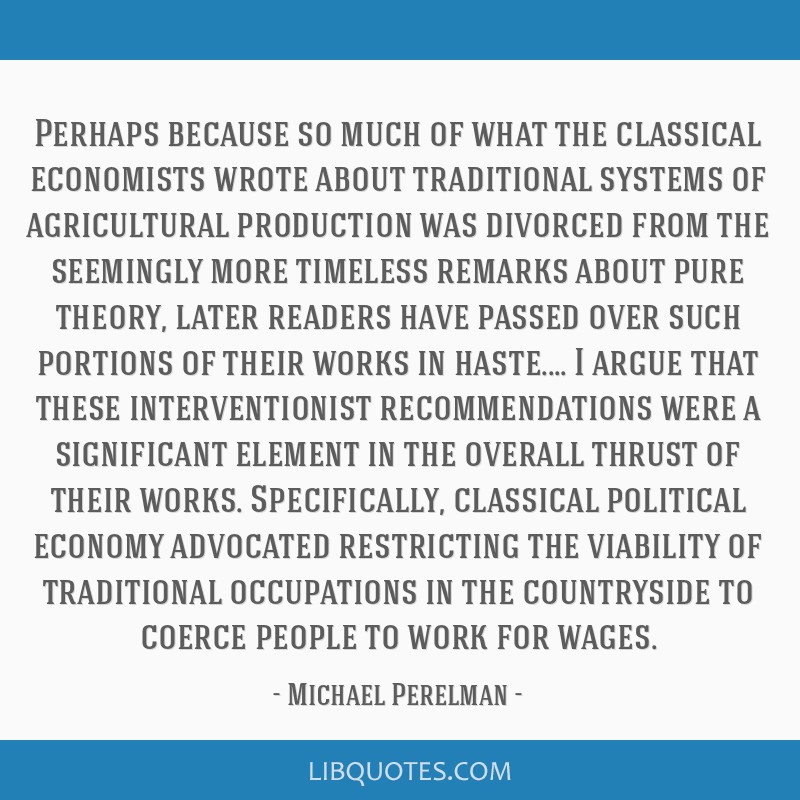 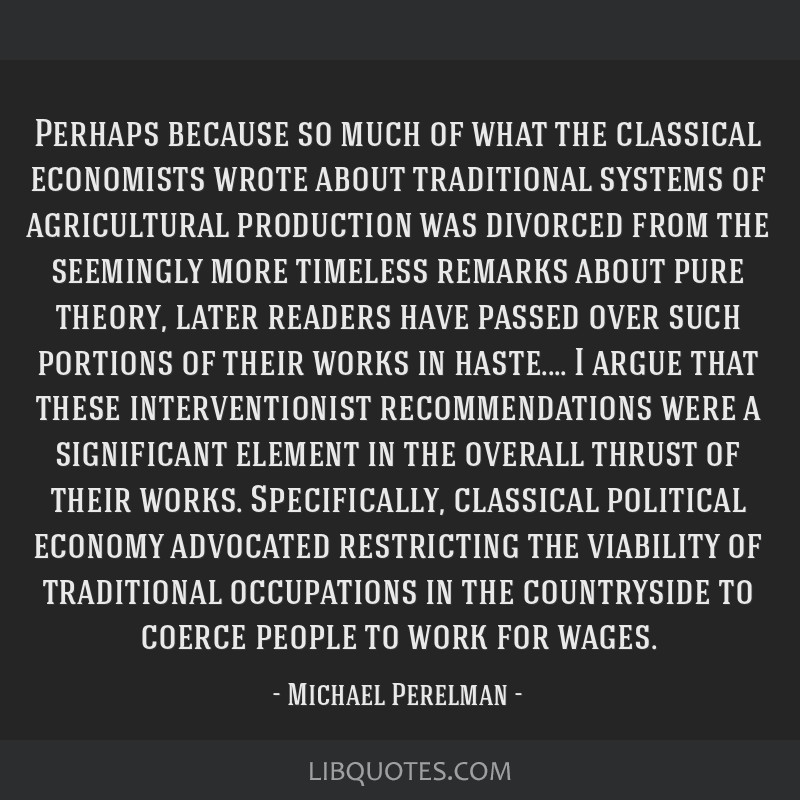