You got through a day and wondered what your reward was. It soon became evident the prize was you got to withstand tomorrow too. You got through it, hour by long hour, but at the end you looked up without much expectation. You had begun the understand the score. Sure enough: today's prize was the same. Outwardly calm, but with a scream building like the sound of a long-forgotten steam engine in the back corner of a basement, you got through that tomorrow too, and a flat hardpan of further tomorrows after that. You got through enough of then to realize you'd been had, that there aren't tomorrows after all but the wretched stretch of an endless today. What can you do? Rebellion gets you nowhere. 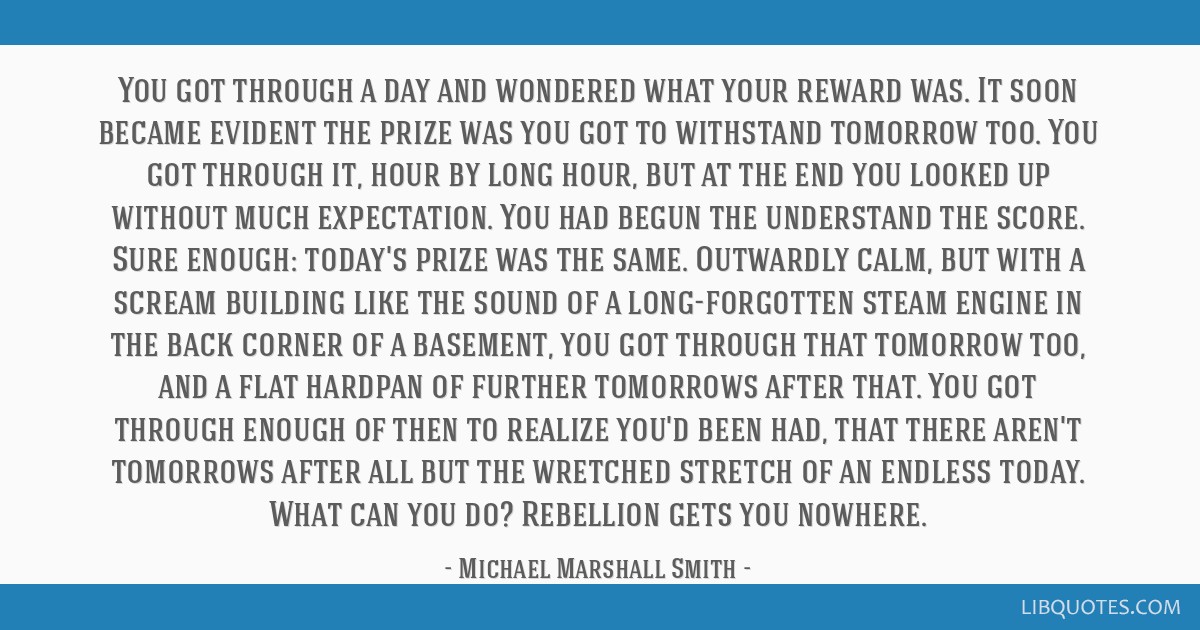 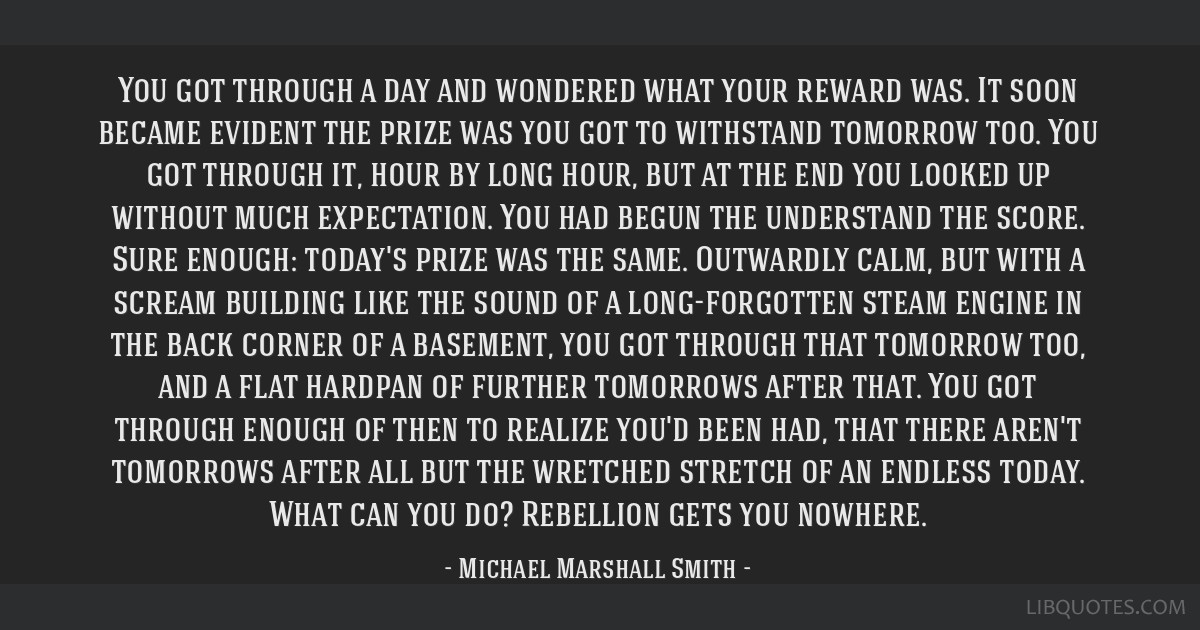 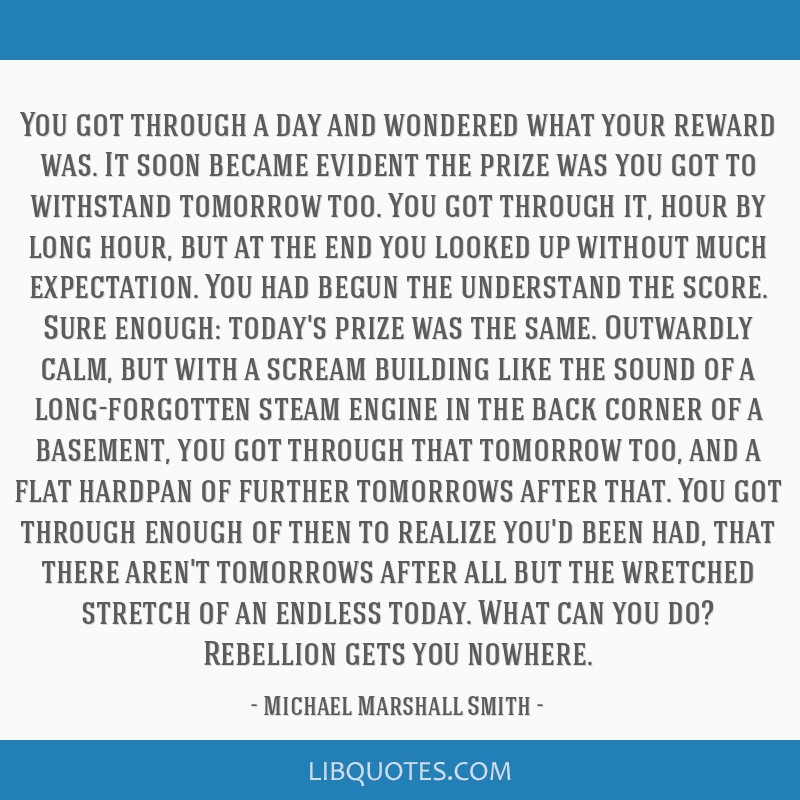 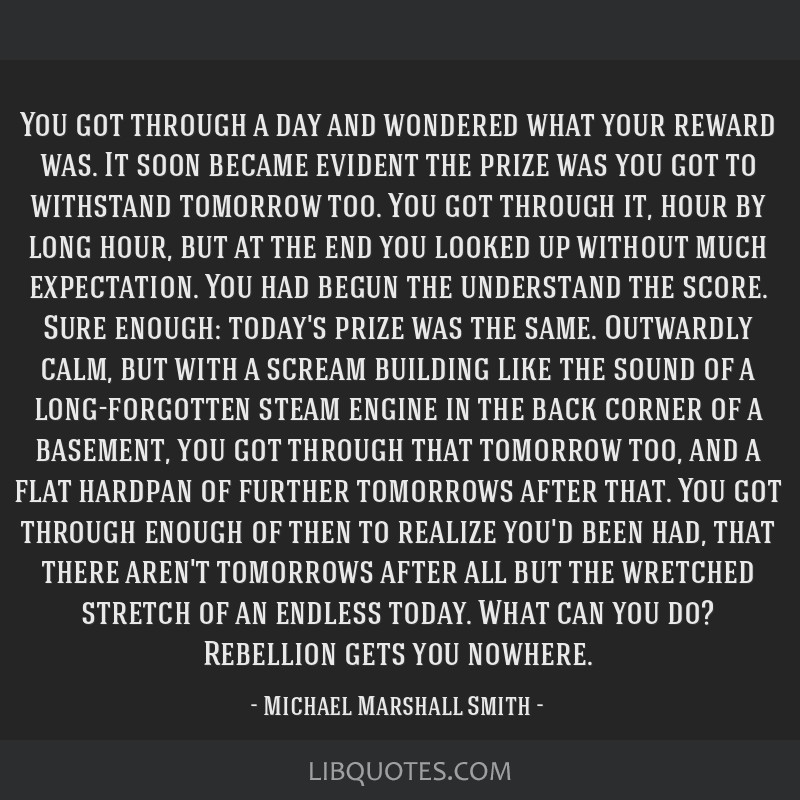