My favourite memories involve the actual process of writing sketches - just a few guys lounging around in a room talking nonsense, until suddenly an idea would start to coalesce, and you'd start nudging it toward fruition. I've never laughed so much before or since. Also, there were those very, very few nights where you'd be on a stage and some strange contract developed between performers and audience, and everything you did was funny. That was magical - and a direct visceral experience that you never really get from writing prose.

On his time with the Cambridge Footlights - Associated Content Interview (October 23, 2006) 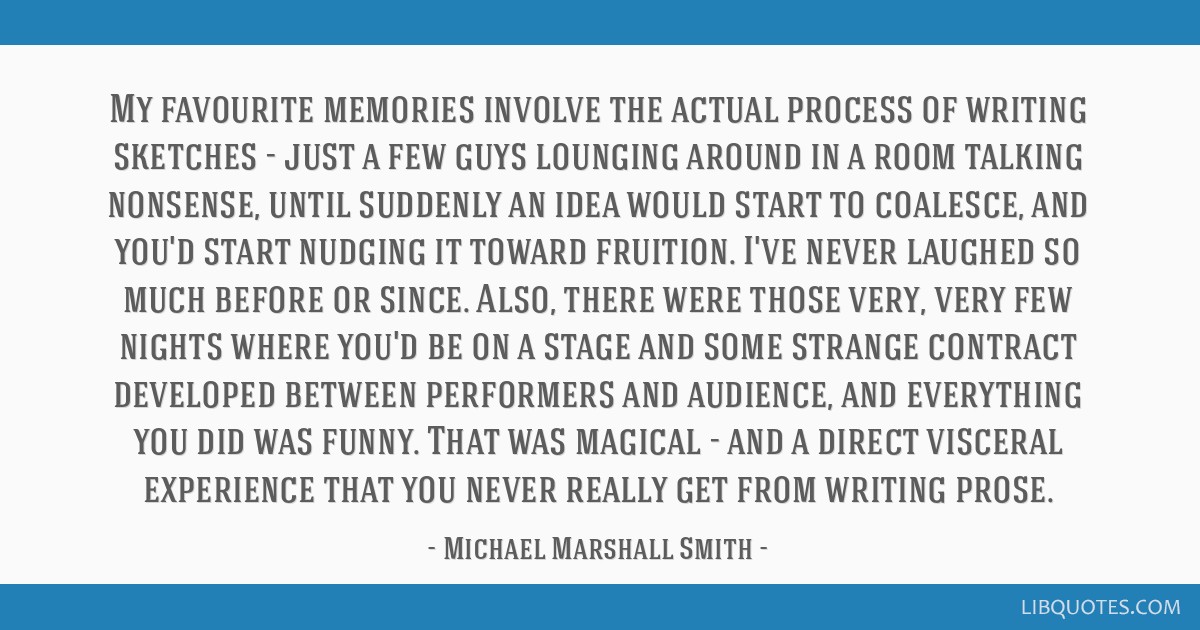 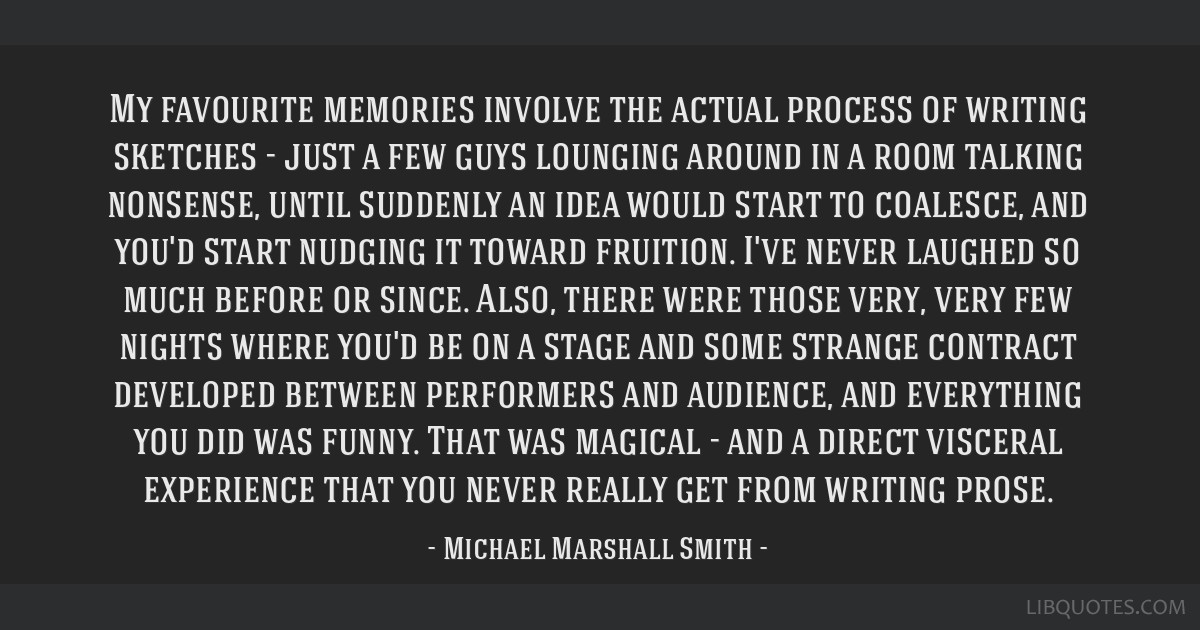 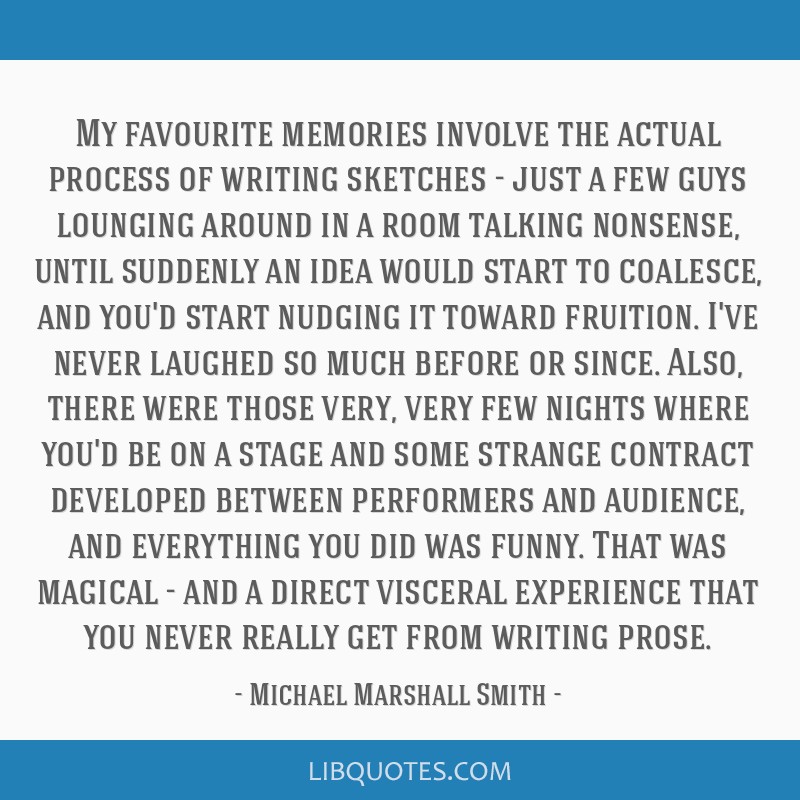 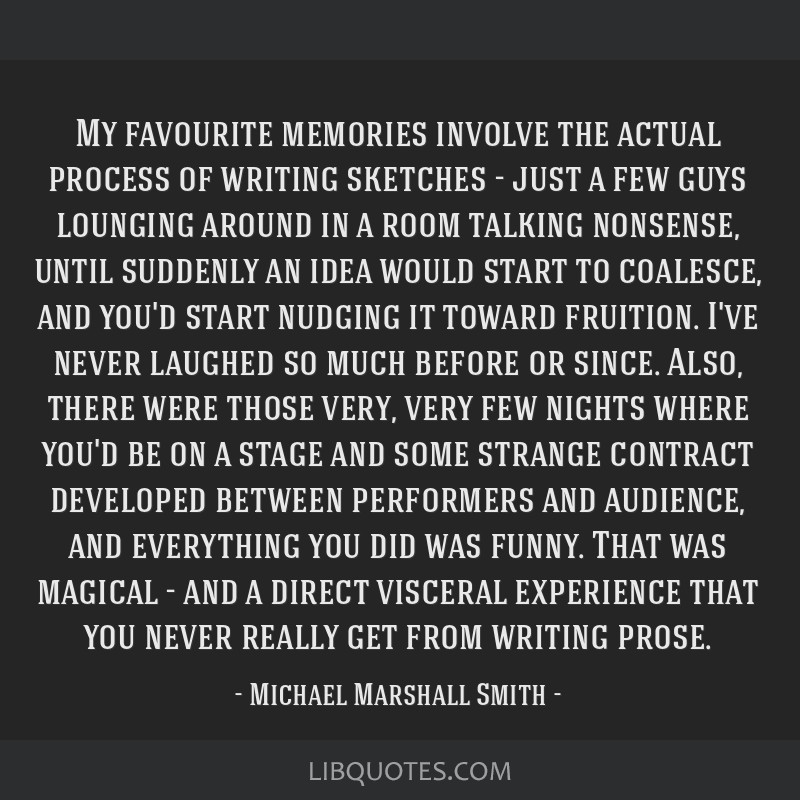