Gottlob Frege created modern logic including "for all," "there exists," and rules of proof. Leibniz and Boole had dealt only with what we now call "propositional logic" (that is, no "for all" or "there exists"). They also did not concern themselves with rules of proof, since their aim was to reach truth by pure calculation with symbols for the propositions. Frege took the opposite track: instead of trying to reduce logic to calculation, he tried to reduce mathematics to logic, including the concept of number. 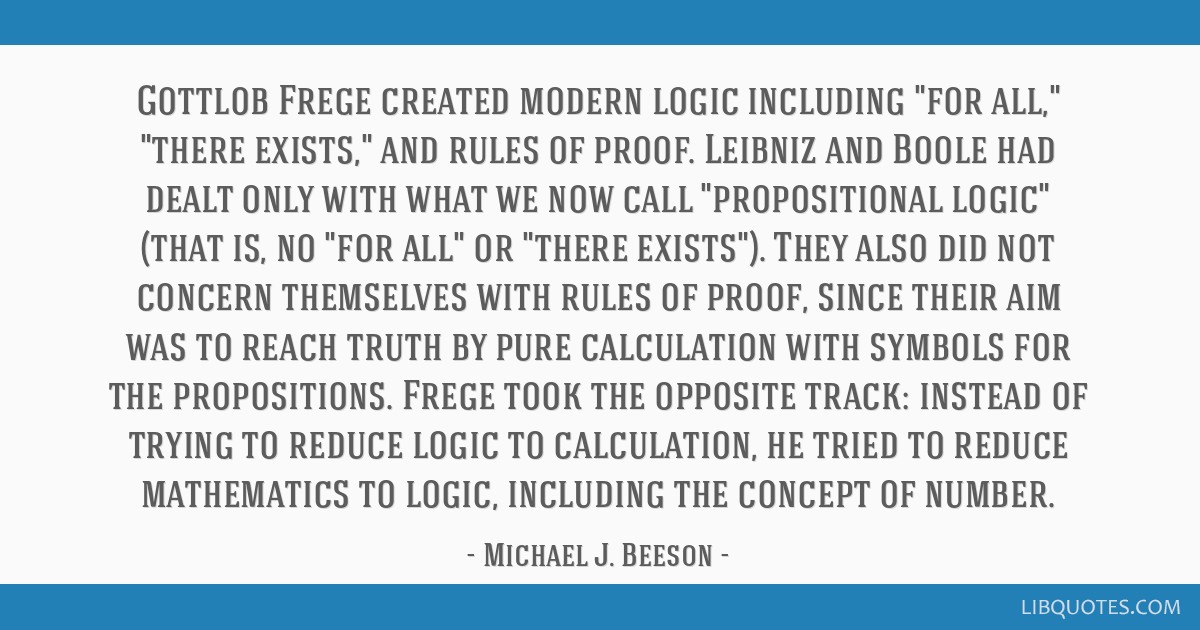 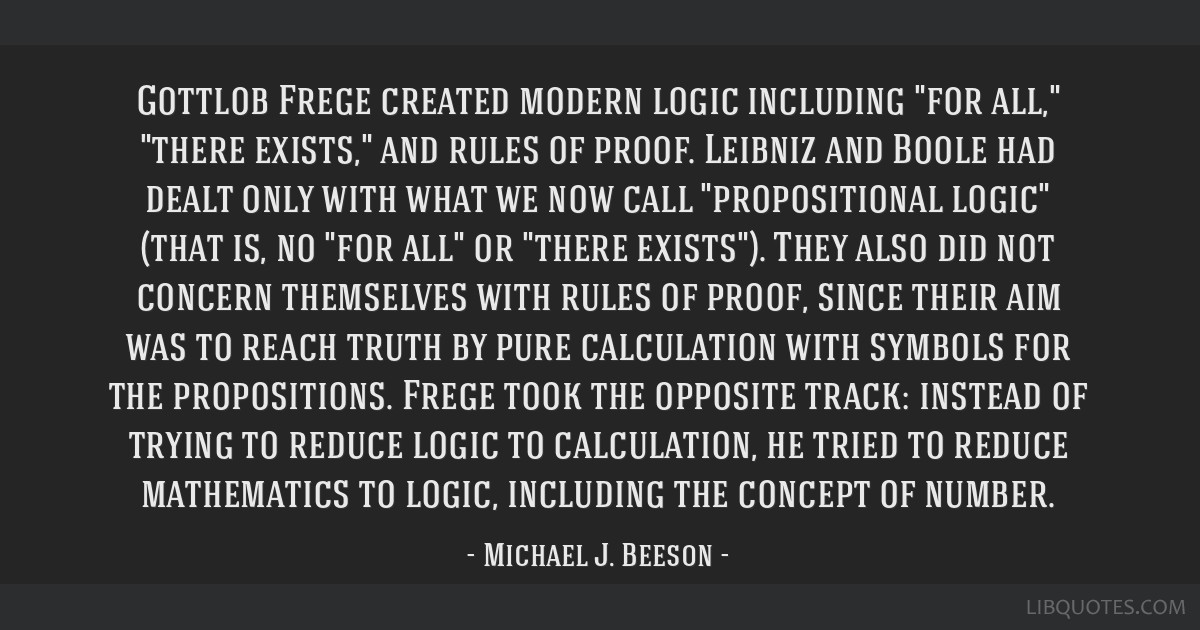 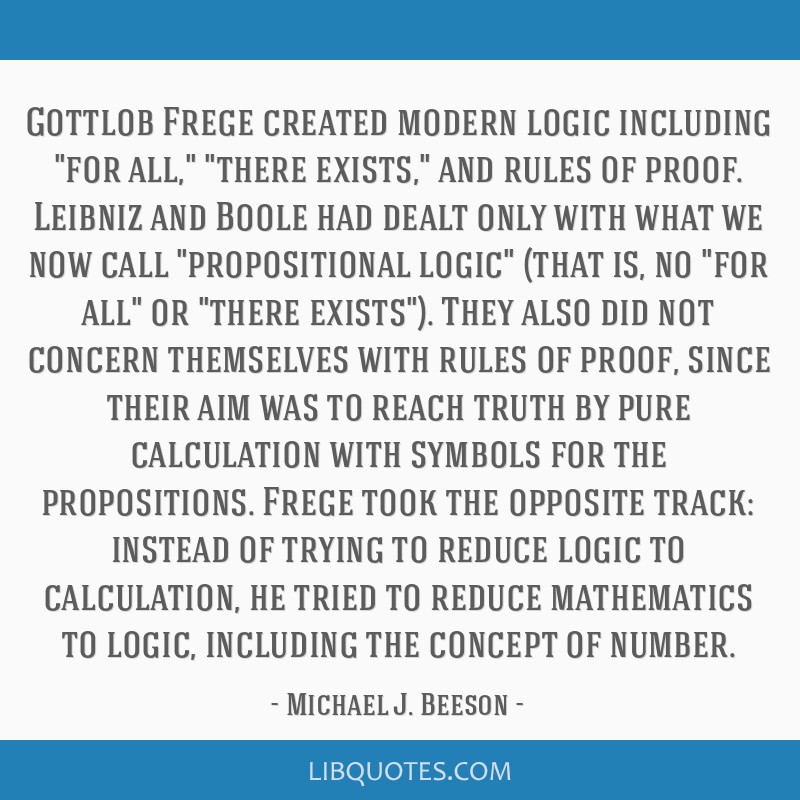 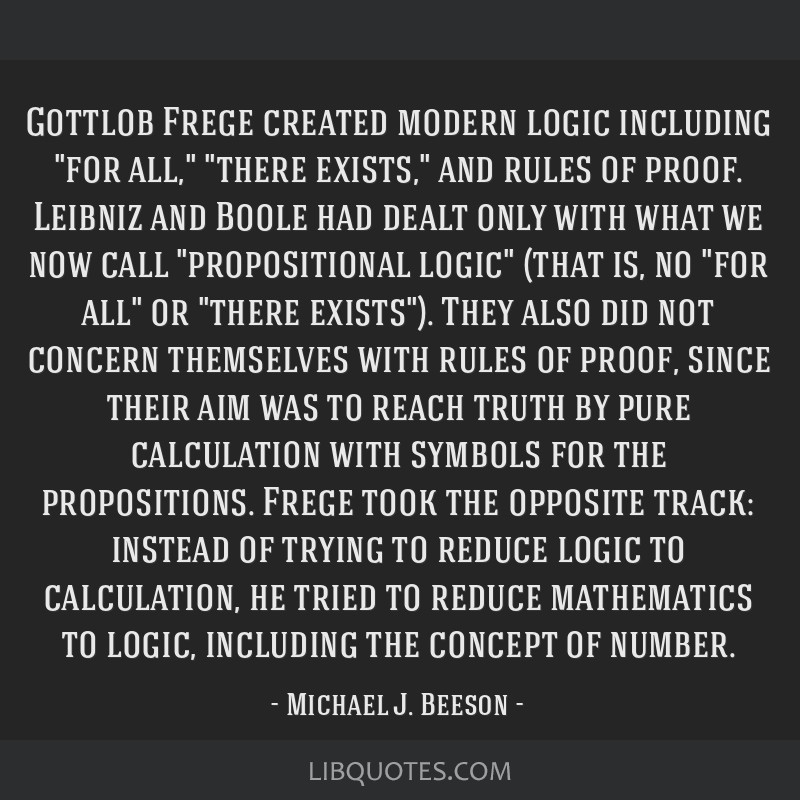