You could say that GDP (National Income) and prosperity and wealth grows fastest when income tax rates are highest. And wealth slows, the economy slows, when taxes are cut. That's counter intuitive but if you look at any chart comparing tax rates and economic growth rates that's what you find. The 19th century knew it, the 18th century knew it but today you have a kind of counter revolution of junk economics that is basically anti-labor economics. 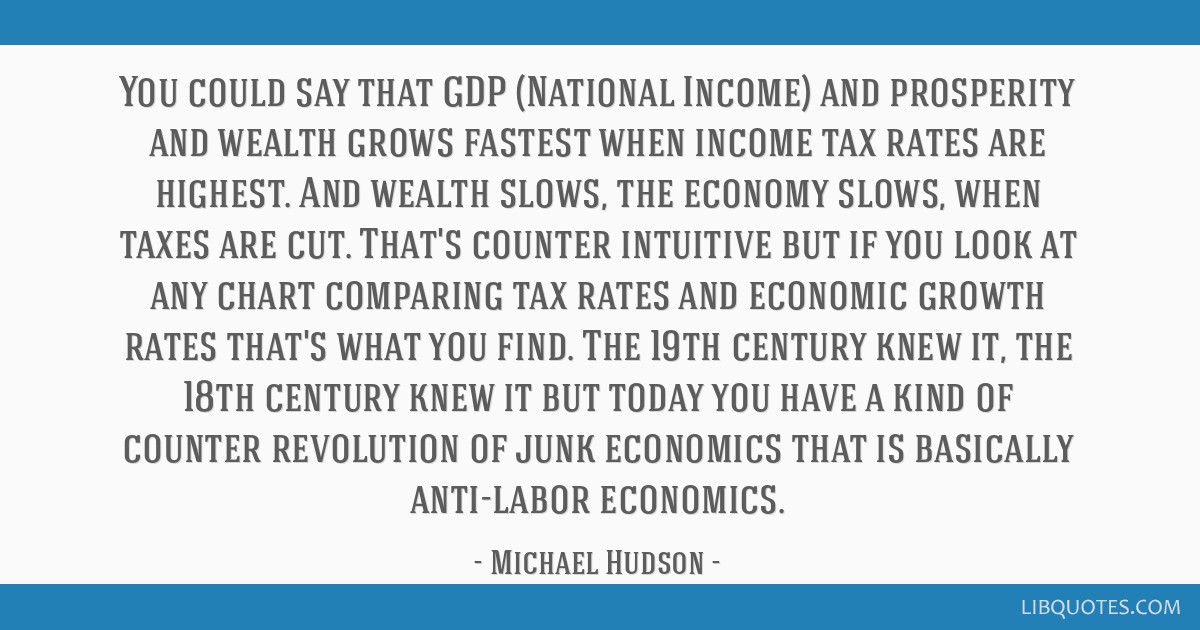 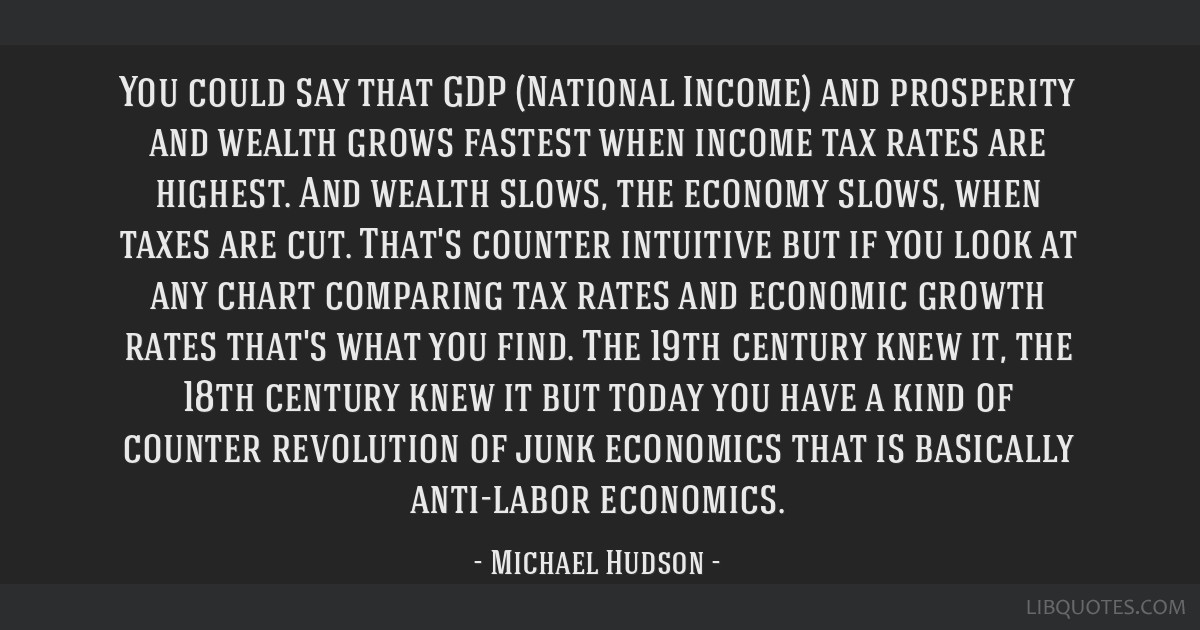 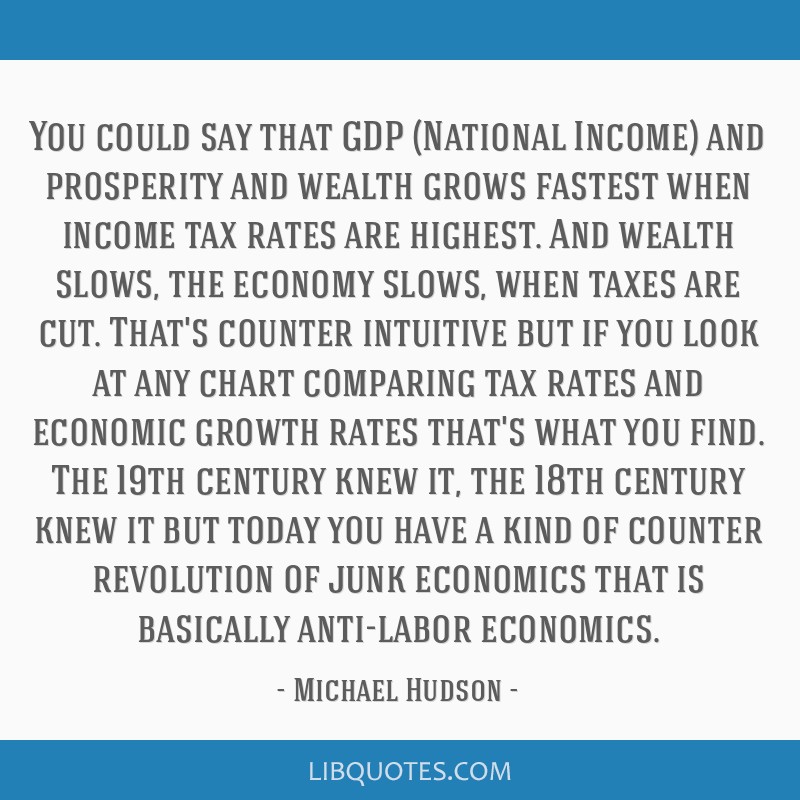 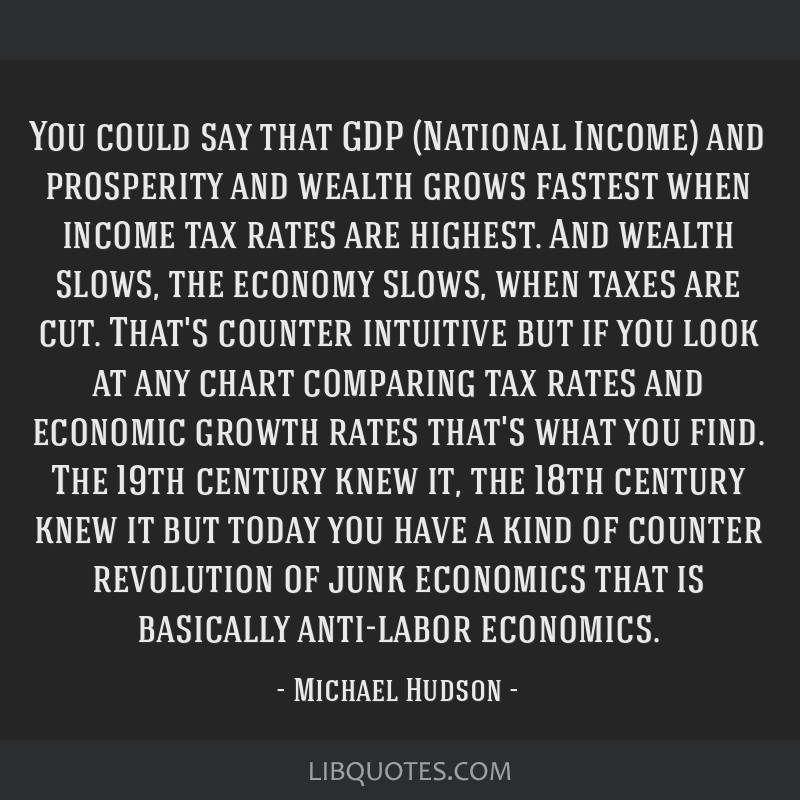