While feminists have spoken about prostitution as the buying and selling of women's bodies, one trick more specifically explained what he did in prostitution as "renting an organ for ten minutes." Another explained, "Guys get off on controlling women, they use physical power to control women, really. If you look at it, [prostitution is] paid rape. You're making them subservient during that time, so you're the dominant person. She has to do what you want." 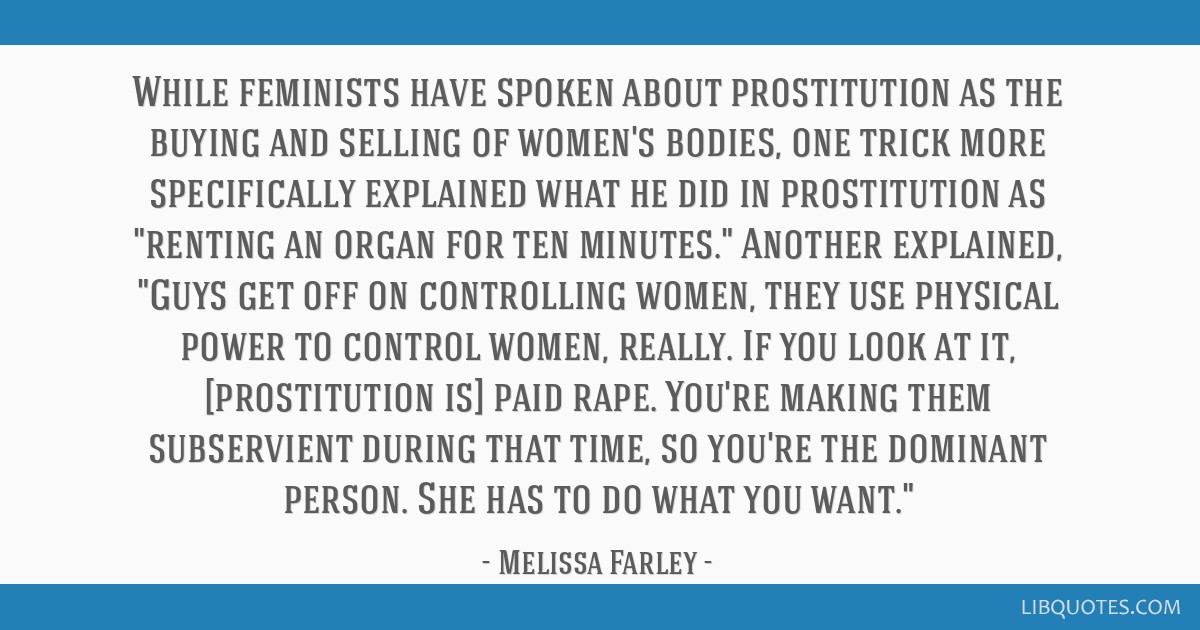 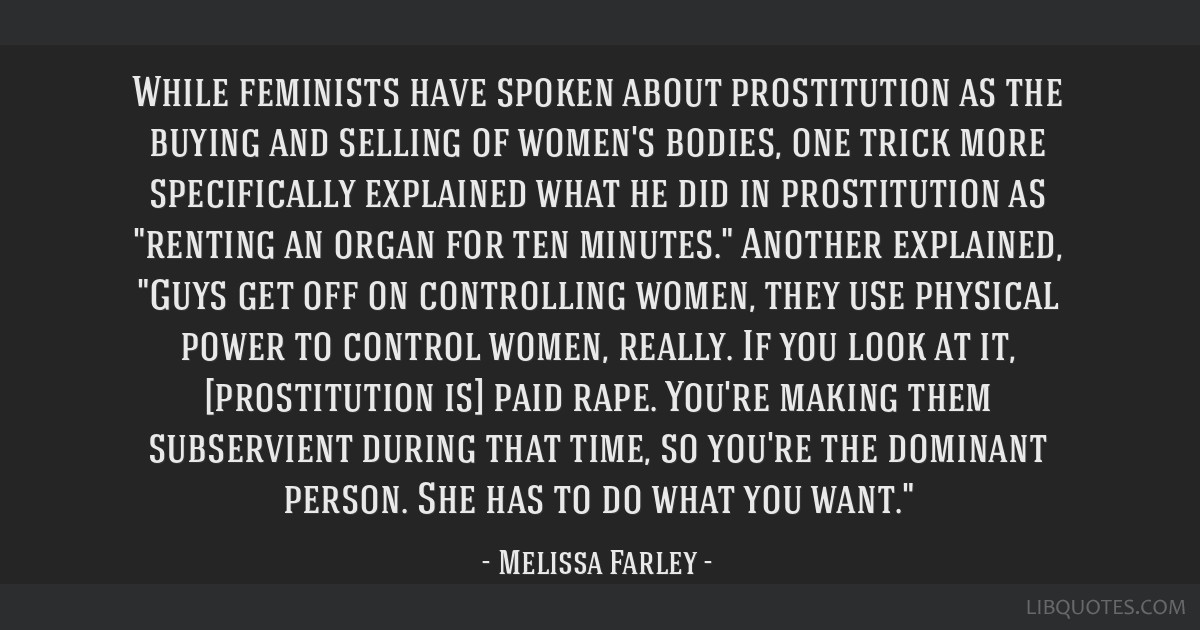 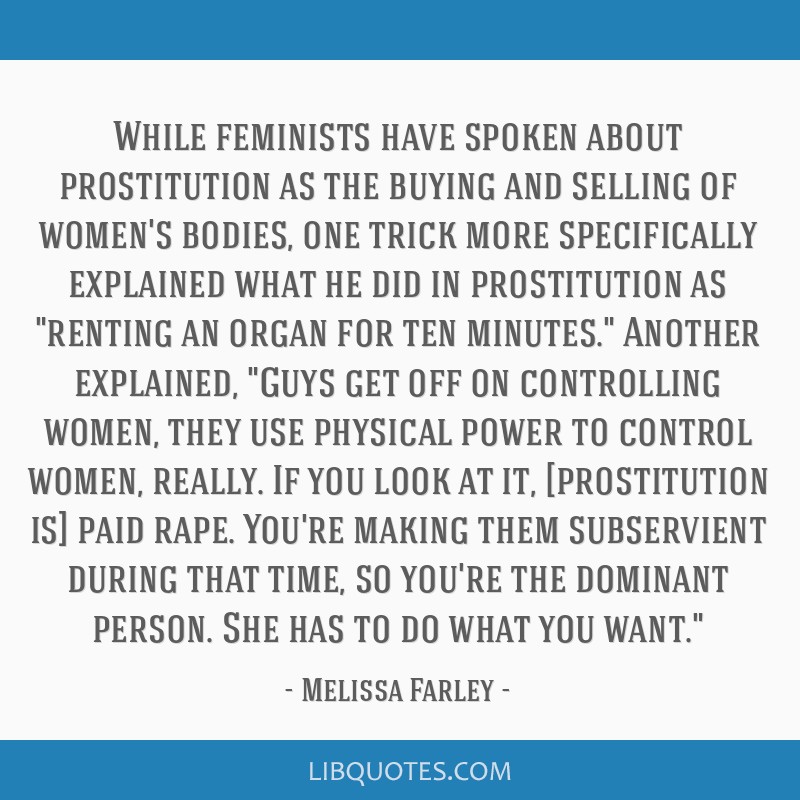 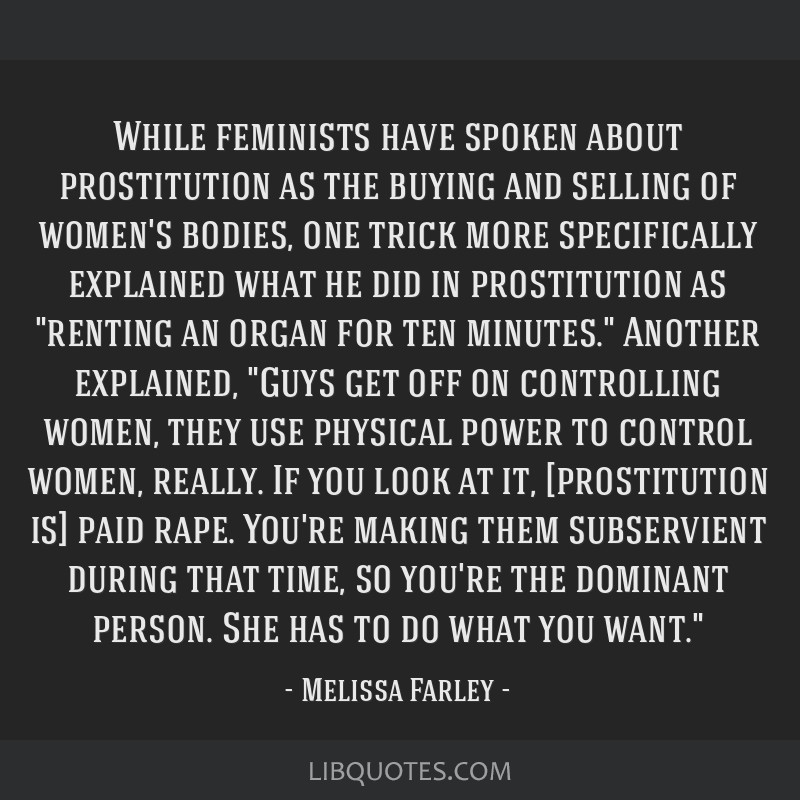