Posttraumatic stress disorder (PTSD), commonly occurs among prostituted women, and is indicative of their extreme emotional distress. PTSD is characterized by anxiety, depression, insomnia, irritability, flashbacks, emotional numbing, and hyperalertness. In nine countries, we found that sixty-eight percent of those in prostitution met criteria for a diagnosis of PTSD, a prevalence that was comparable to battered women seeking shelter, rape survivors seeking treatment, and survivors of state-sponsored torture. Across widely varying cultures on five continents, the traumatic consequences of prostitution were similar. 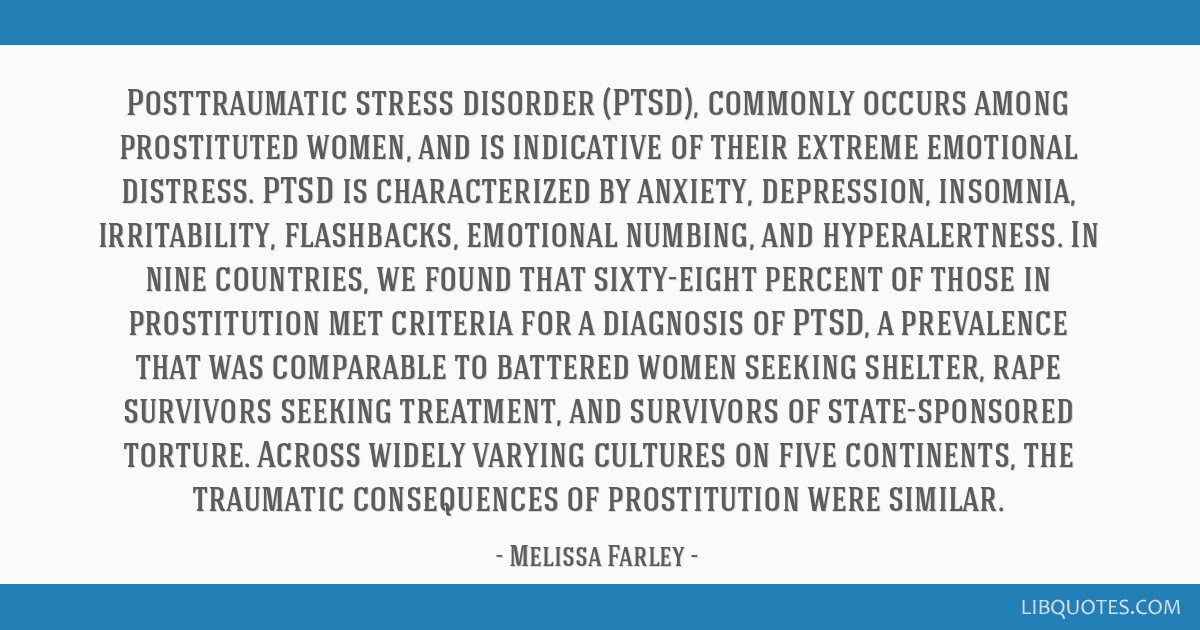 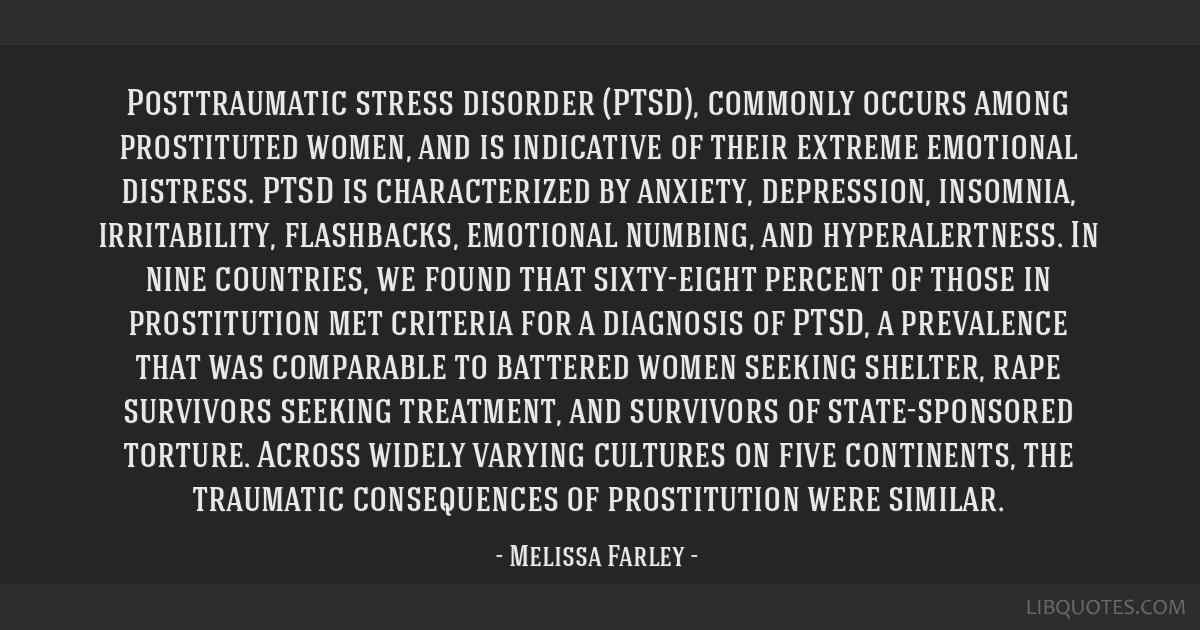 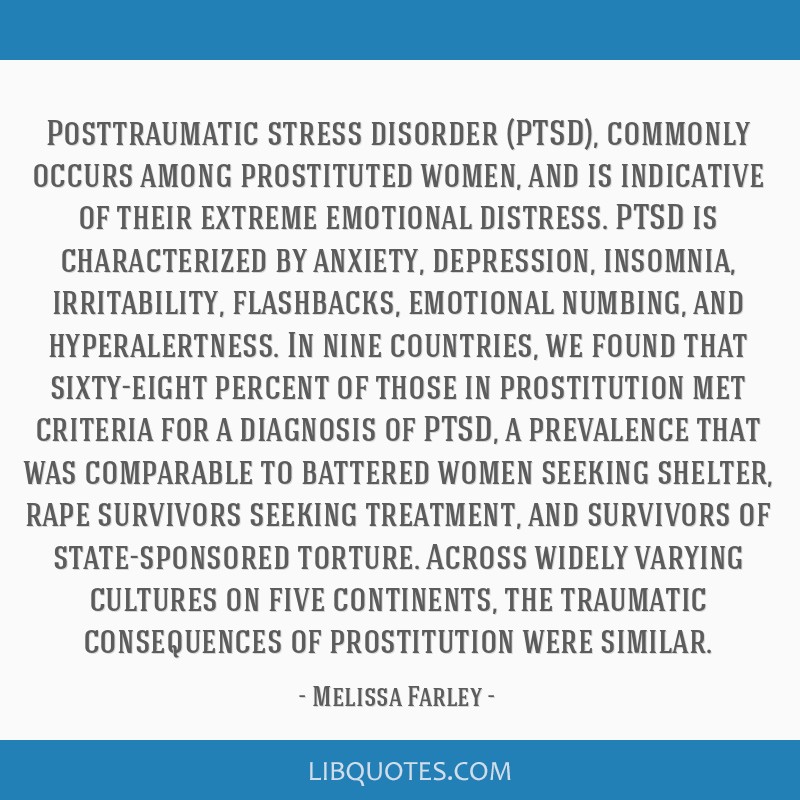 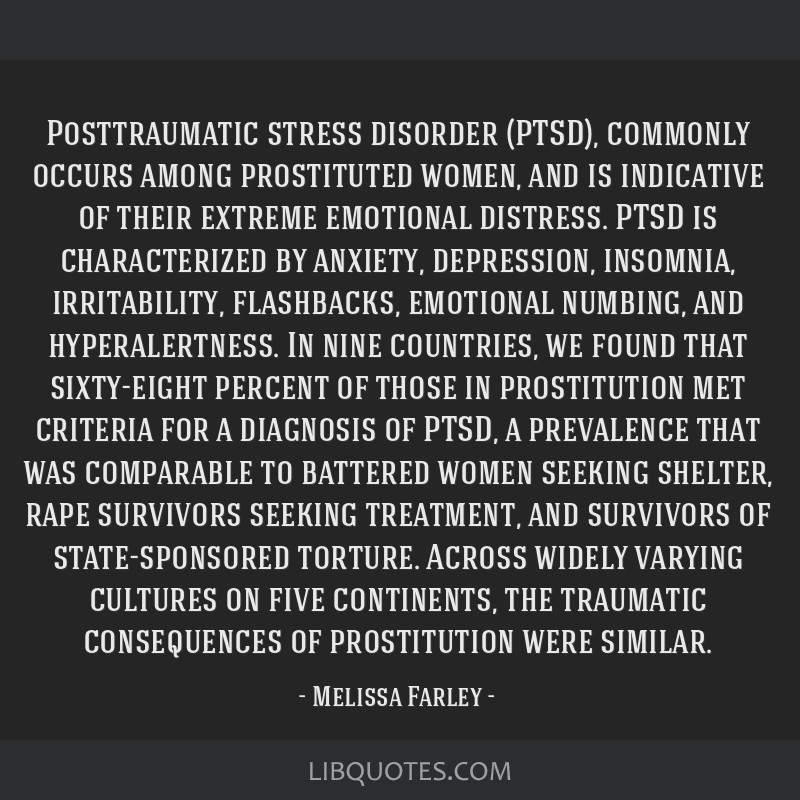