If the attribute of popular government in peace is virtue, the attribute of popular government in revolution is at one and the same time virtue and terror, virtue without which terror is fatal, terror without which virtue is impotent. The terror is nothing but justice, prompt, severe, inflexible; it is thus an emanation of virtue. 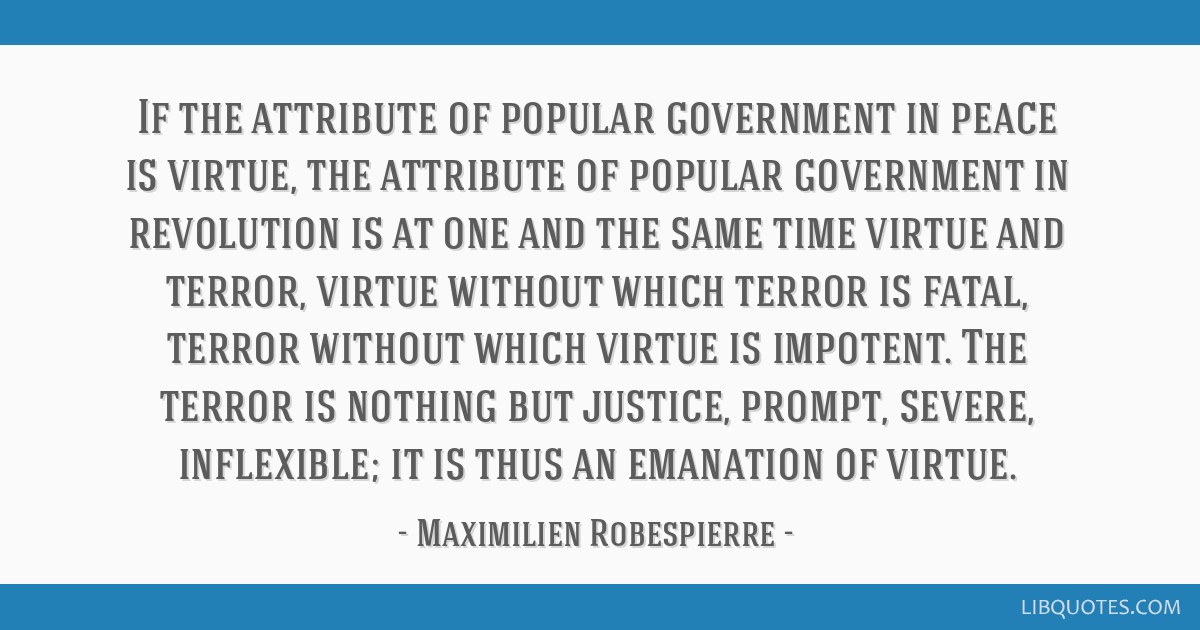 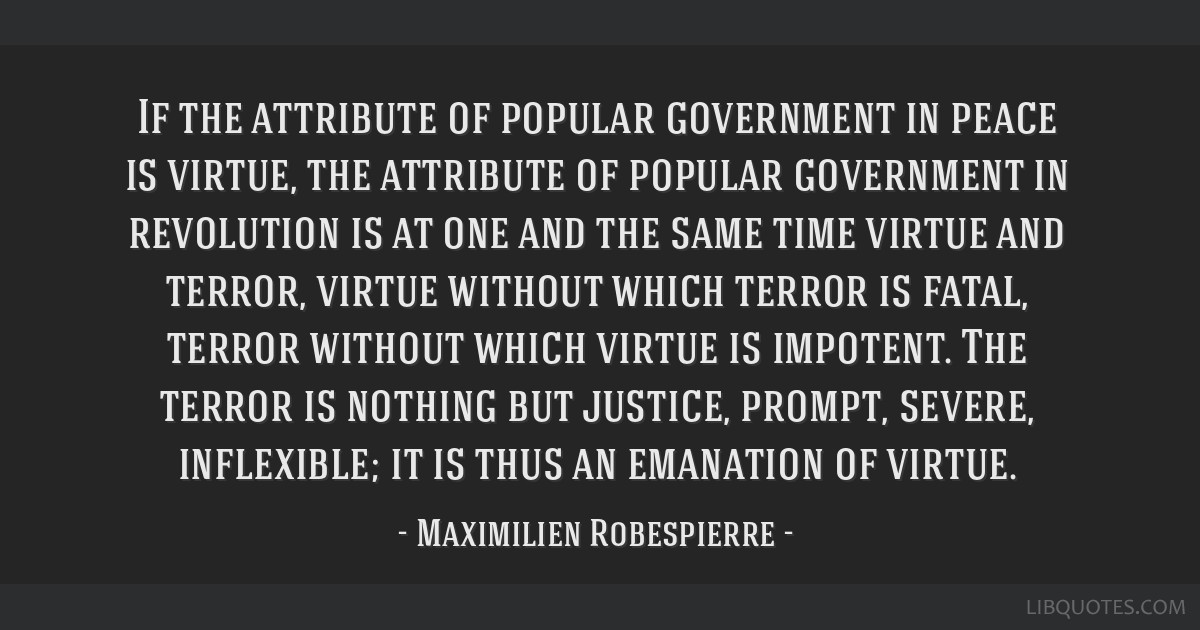 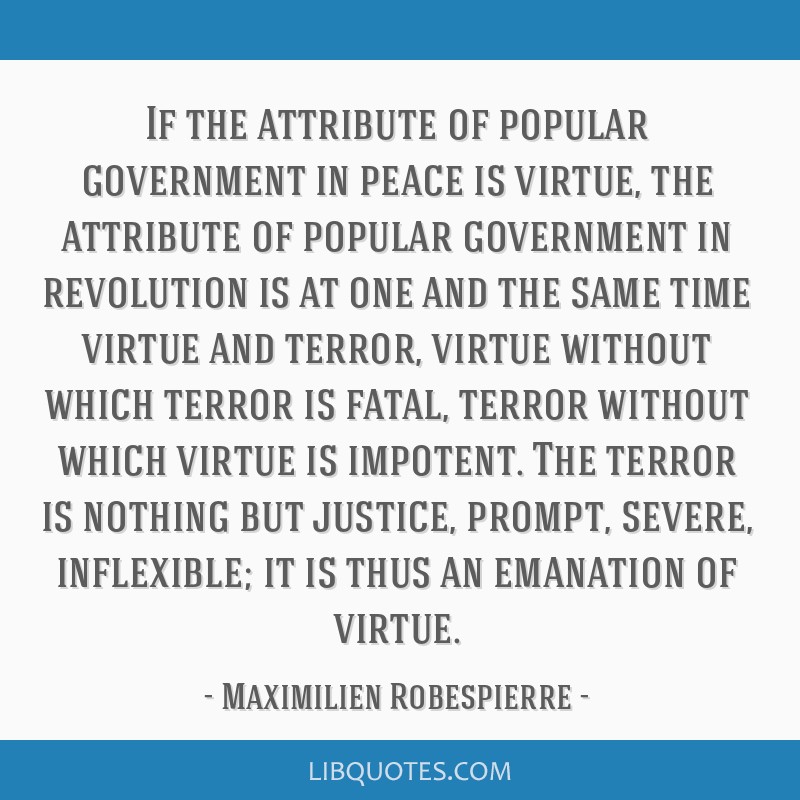 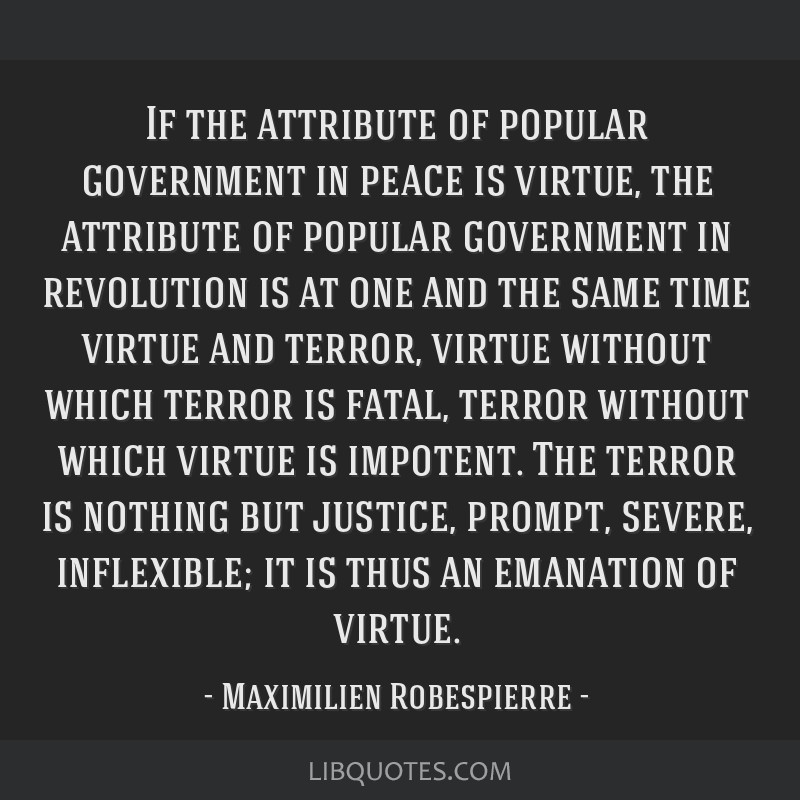 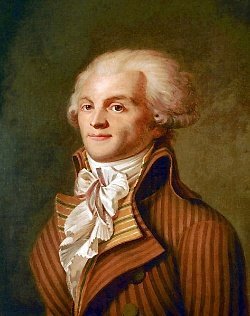