The term 'charisma' will be applied to a certain quality of an individual personality by virtue of which he is considered extraordinary and treated as endowed with supernatural, superhuman, or at least specifically exceptional powers or qualities. These are such as are not accessible to the ordinary person, but are regarded as of divine origin or as exemplary, and on the basis of them the individual concerned is treated as a 'leader.

The Theory of Social and Economic Organization: Being Part I OfWirtschaft und Gessellschaft (ed. 1947) 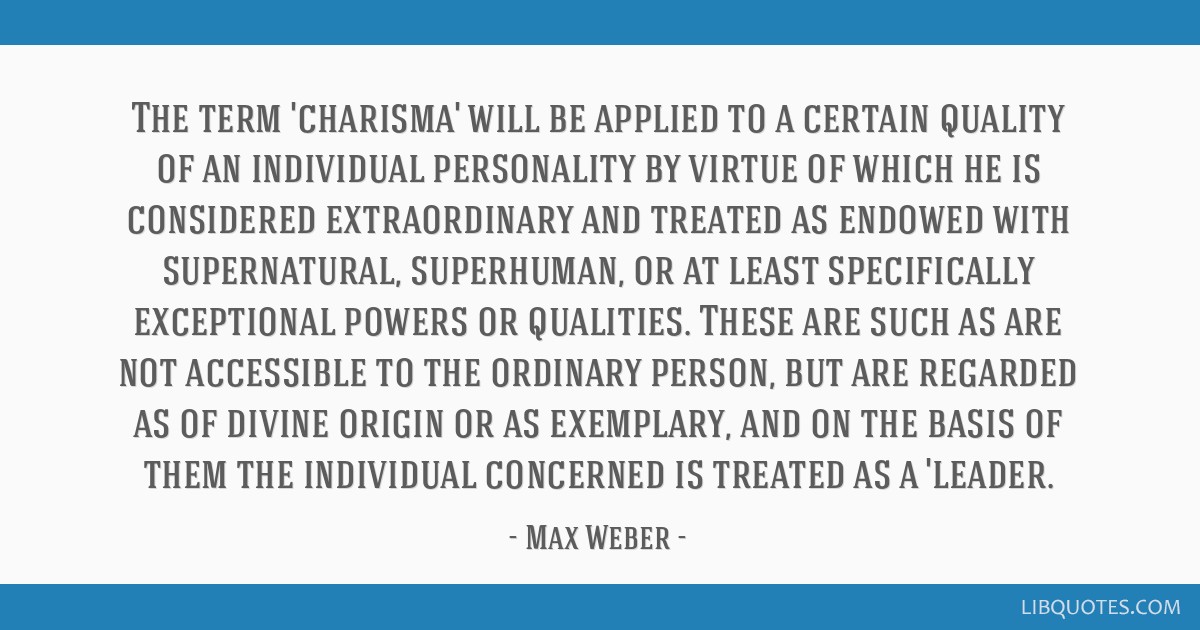 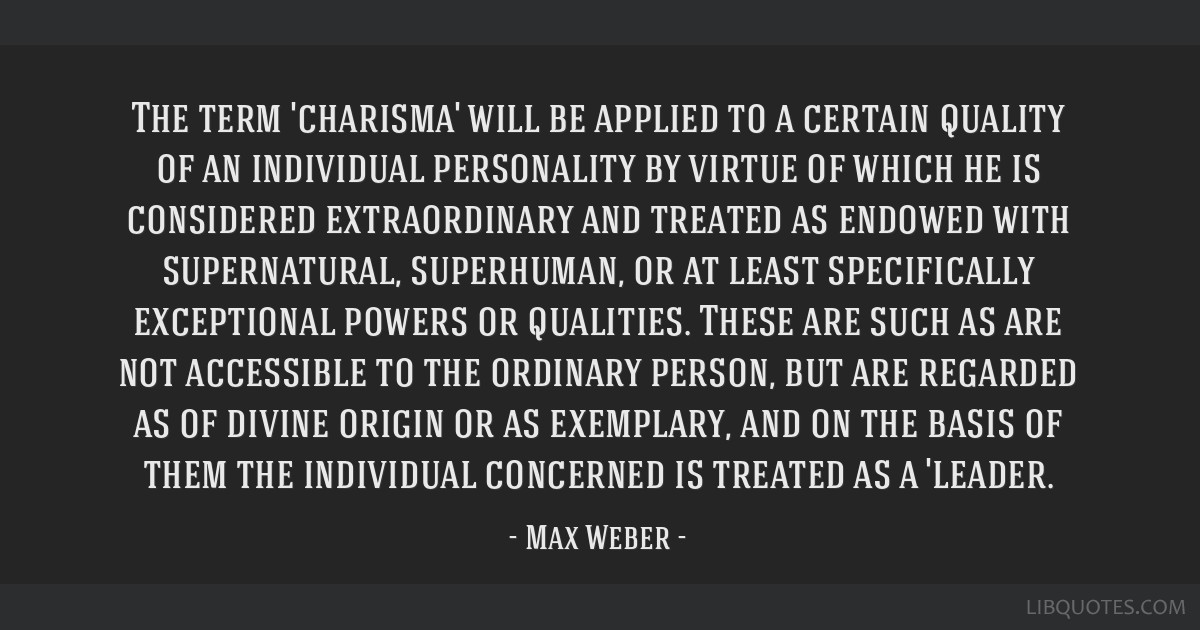 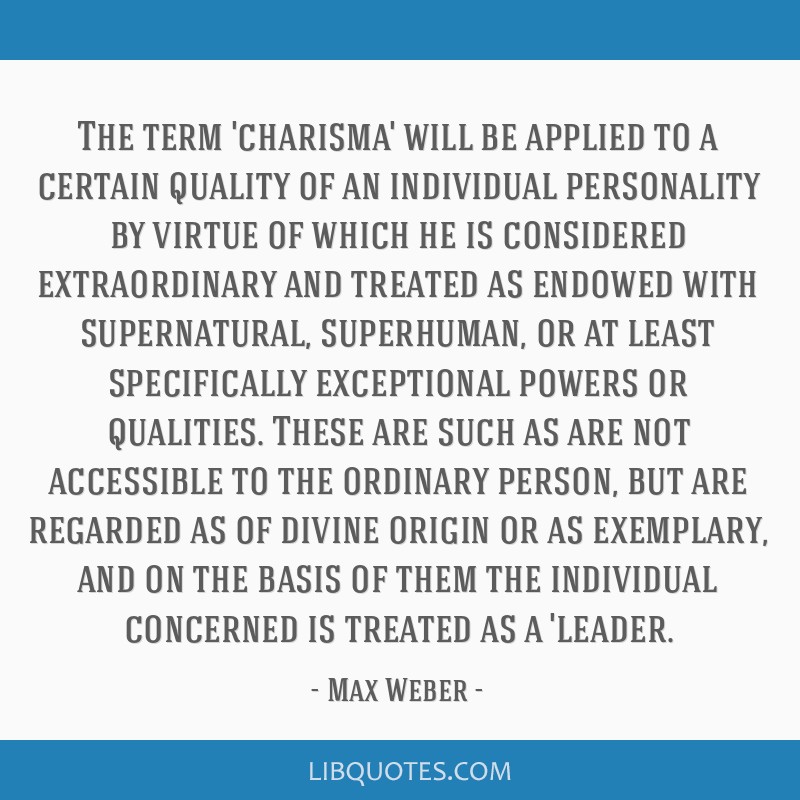 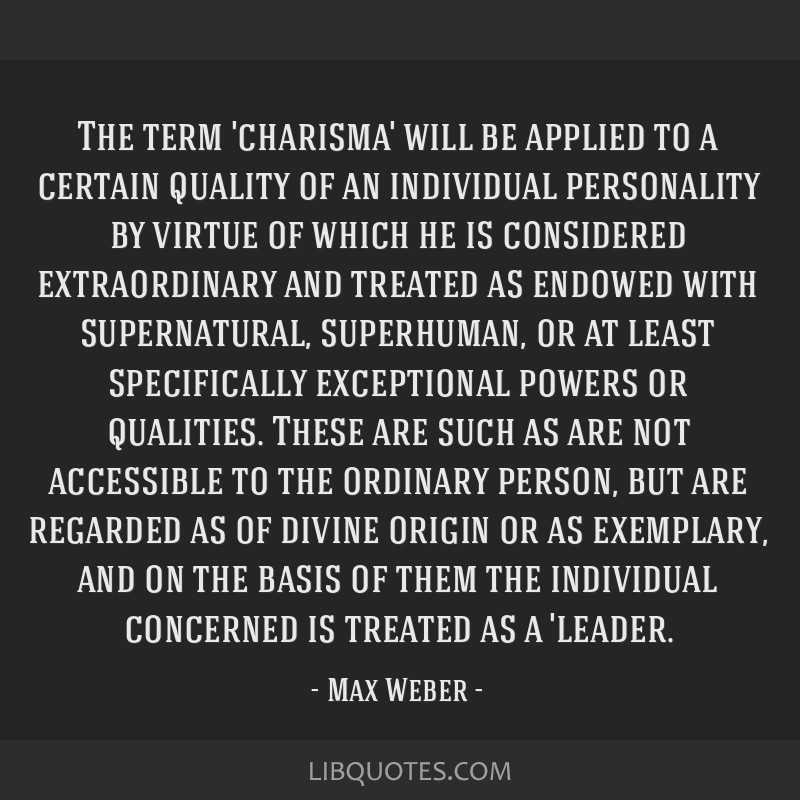 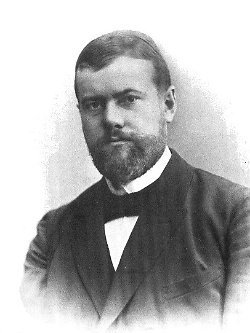